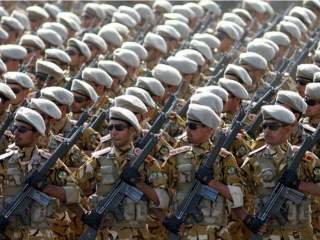 When hard-line Iranian protesters tore down the flag at Saudi Arabia’s consulate in the eastern city of Mashhad and later ransacked the Saudi embassy in Tehran, they brought a wave of international criticism onto their country. Many Arab and African countries closed their embassies, summoned ambassadors or downgraded relations in protest. This was a reminder of how difficult Iran can be to work with—but it was also a reminder of the harsh strategic environment Iran faces.

Tehran is isolated in its own neighborhood, facing off with nearby countries in the diplomatic, economic and military realms. It has powerful foes farther away, too: Israel and the United States. Yet while Iranian crowds shout “death to Israel,” Iranian leaders choose a strategy that Israelis would find familiar: an enemy-of-my-enemy approach known as the periphery doctrine. But though Israel was able to make the periphery doctrine work and then shift away when it began to falter, Iran’s periphery is breaking down without an obvious alternative.

From the 1950s to the 1970s, the survival of the State of Israel was subject to a sustained, gathering threat. Its unfriendly neighbors, still sore about having been defeated in Israel’s 1948 war of independence, were stirred up by radical nationalist ideologies. The Soviet Union, initially friendly, had turned sharply against Israel as the Jewish state’s relations with the West deepened and new opportunities opened for Moscow in the Arab world. Israel found itself surrounded by massive enemy armies that were backed by a nuclear-armed superpower. This perilous strategic setting produced three major wars, the third of which, the Yom Kippur War of 1973, nearly sparked a global atomic Ragnarök.

One of the ways Israel attempted to fix its dangerous strategic imbalance was via alliances with global powers—first France, then the United States. And the French helped Israel along the path to another method for righting the balance: a nuclear arsenal. Yet faraway friends and superweapons weren’t enough. Israel needed allies in its neighborhood, yet the nationalism roiling the Arab world made it impossible for vulnerable Arab leaders to openly take Israel’s side. Israel had to look farther afield for friendship, to the neighbors’ neighbors, to the enemies’ enemies.

The result was the “periphery doctrine,” in which Israel sought cooperation with non-Arab states like Turkey and Iran to work against troublesome Arab neighbors. As Yossi Alpher, an Israeli strategic expert and former intelligence officer, notes, there were other periphery relations, too: with Sudan and Ethiopia, whose control over the headwaters of the Nile threatened Egypt; with Oman and Morocco, whose monarchies didn’t fit in with the prevailing Arab political currents; and with beleaguered minority groups like the Kurds in Iraq or the Maronite Christians in Lebanon. The strategy wasn’t perfect, as Alpher notes: none of the allies were exceptionally reliable, especially when the chips were down; most of them were also rather weak. They didn’t strike enough fear into Israel’s foes to prevent war, and the alliances themselves were built on crumbling foundations.

Yet, as Alpher notes, support for minorities managed to “tie down hostile Arab forces” at a very low price, while the relationship with Ethiopia provoked “near primeval fears” in Egypt. “The country’s very capacity to break out of the Arab ring of isolation and form strategic relations on the flanks of the Arab world,” he writes, “contributed to its deterrent profile.” And in the 1967 war, Israel also managed to supplement the periphery doctrine with another asset: strategic depth in the form of territory seized from Egypt, Syria and Jordan.

The fall of periphery allies like the Shah of Iran and the peace treaties with Egypt and Jordan transformed Israel’s security environment and made the periphery doctrine obsolete. The Palestinian question became the new center of Israel’s security concerns. But in time, a new threat to Israel would arise: Iran. And, in one of history’s great ironies, Iran’s own strategy has coming to resemble Israel’s old periphery doctrine.

Iran isn’t totally cut off from its neighbors like Israel was then. Yet the Arab states south of Iran find Tehran almost as toxic as the “Three No’s”-era Arab League found the Jewish state, and these Arab states enjoy good relations with the enemy Iran fears most: the United States. Like post-1967 Israel, Iran has been able to create a bit of strategic depth—it has tremendous influence in what’s left of Iraq and Syria—but much of its deterrent against those states comes from periphery doctrine–style flanking and minority support.

Thus, for example, one of Iran’s most powerful deterrents against Israel is Lebanon’s Hezbollah. Iranian support for Hezbollah is very deep—even in 2005, Hezbollah expert Matthew Levitt estimated the annual price tag to be from $100 to $200 million. That’s far above the “14 airdrops of ordnance” that Alpher says Israel provided in the 1960s to support Yemeni rebels against Egypt. But Hezbollah now confronts Israel with tens of thousands of missiles on the Lebanese border, threatening major Israeli cities with bombardment. If Hezbollah opened fire, Israel would likely be forced to invade southern Lebanon, where guerrilla fighters armed with advanced Iranian weapons would be waiting. It would not be a cakewalk for Hezbollah, but the 2006 war, which followed the same pattern, was unpleasant for Israel too. Despite regular incidents on both sides since, neither has escalated to full-scale war. That is the definition of deterrence in practice. And Iran has been developing similar asymmetric options in the Palestinian territories, via Palestinian Islamic Jihad and an on-again-off-again relationship with Hamas, and in the Syrian Golan Heights, where an Israeli airstrike a year ago killed an Iranian general and the son of a famed Hezbollah commander.

Iran also has options on the Arab periphery, too. Their best-known partnership is with the Houthis in Yemen, whose gains last year have drawn the Saudis and their allies into an expensive, indecisive war. Iranian operations inside the major Gulf Arab states are murkier, but alleged Iran-linked terror cells have recently been broken up in places like Bahrain and Kuwait, and Iranian influence is always claimed in the Shia communities of Saudi Arabia’s oil-rich Eastern Province. Sheikh Nimr himself was frequently accused of Iranian allegiances. It’s worth taking these claims with a grain of salt: there are real social fissures in the Gulf societies that would exist whether or not Iran is exploiting them, and charges of treasonous, terroristic ties to Iran can allow Gulf governments to deflect criticism and delegitimize their opposition. Yet the mere threat of internal unrest in the Gulf states does force them to think twice and sometimes to expend resources. (The sustained Saudi/Emirati presence in restive Bahrain is one example of this.) That has deterrent value for Iran.

And Iran has looked beyond the Middle East for periphery opportunities as well. Its supply lines to Hamas, for example, ran through Sudan, prompting the occasional Israeli airstrike there; during his time in office, Iranian president Mahmoud Ahmadinejad visited places like Djibouti (where Iran helped fund and build a parliament building) and Comoros while talking up Africa’s importance to Iran. Latin America has been another focus for Iran, with Iran building extensive ties with anti-American regimes in places like Cuba, Venezuela and Bolivia, and Hezbollah raising money from drug trafficking, counterfeiting, money laundering and similar criminal enterprises. Iran and its proxies’ presence often leads to direct security threats to its enemies’ interests in those countries, too. Iran has underwritten deadly attacks on Israel’s embassy and a Jewish center in Buenos Aires, and on Israeli tourists in Bulgaria; there have been failed attacks or plots in places as far afield as Thailand, India, Georgia, Cyprus, Kenya, Nigeria, Kenya again and even Washington, DC. The targets have been American, Israeli and Saudi diplomats and others. The message is simple: Mess with Iran, and you will not be safe anywhere in the world.

Yet Iran’s attempt to borrow Israel’s periphery doctrine is under increasing pressure. Its isolation in the region is deepening, with Gulf neighbors lowering relations, recalling ambassadors, or even closing their embassies. The Syrian Civil War has seen Sunni Arab public opinion turn against Iran and Hezbollah. That war has also soaked up Hezbollah’s energies and billions—apparently tens of billions—of dollars from Iran. Iranian terror operatives around the globe often seem unable to even walk and chew gum at the same time, much less carry out their missions; the Thailand plotters, for example, accidentally blew up their safehouse, and then one of them accidentally blew his legs off while fleeing. Saudi Arabia has been able to steal several Iranian friends in Africa: after the embassy raid, Sudan and Djibouti cut ties, while Comoros recalled its ambassador. Some Latin American buddies are under pressure, too: Argentina’s Iran-friendly president, Cristina Fernández de Kirchner, recently left office, her chosen successor losing to an opposition rival. Venezuela’s opposition just won the national legislature, and the country is mired in a sustained economic crisis; if Venezuela falls, Cuba and others will feel the squeeze, too. Israel’s periphery doctrine, too, had been plagued by disloyal, incompetent and unstable allies; these ultimately gave way, but with bids for peace with the neighbors taking up the slack. Iran is going in the opposite order, losing friends even as its relations with neighbors worsen.