Iran: Into the Heart of the Islamic Republic 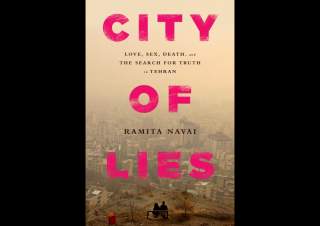 It’s a bit cliched to call Iran a land of paradox. We get it, you might say. It’s a complicated place—but every place is complicated if you look close enough. Yet Iran’s complexity still stands out: more than almost any other country in the world, it’s torn between opposing identities, opposing visions and even opposing histories. It’s home to a panoply of ethnicities. It’s a Middle Eastern country whose language shares roots with the European tongues, not Arabic or Hebrew. Its leaders are virulent opponents of Israel and America, yet Iran has more Jews than any other Muslim country and more favorable popular attitudes toward the United States than any of its neighbors. It’s been a great empire—and one of empire’s great victims. It’s a Shia country that had many of its greatest achievements under Sunni—and non-Muslim—rulers. Its government is held together by both devotion and corruption. There’s even a burger joint named after a hunger striker.

And there is paradox in the very heart of the Islamic Republic. The revolution that brought it into being had a deeply conservative aspect. Ruhollah Khomeini first achieved notoriety for his denunciation of the Shah’s modernizing reforms in the early 1960s; his early allies included traditionalist clerics and landowners furious at their lost privileges. In the language of the French Revolution, Khomeini and his allies were one part of the ancien régime; throw in the devout urban merchants that joined in, and recall all the leftists that Khomeini discarded after they’d helped him tear down the Shah, and the revolutionary core looks rather reactionary. Indeed, political Islam in general, and the Islamic Republic in particular, tends to represent itself as an alternative to modernity—or even as a return from it.

Yet there’s also a strong radical-revolutionary aspect. The monarchist elite was overthrown—flying to exile in Los Angeles or London or being paraded before the cameras on mortuary slabs, fresh from the firing squad. A new revolutionary elite emerged, drawn heavily from outside the long-established ruling class. The new regime proclaimed its support for the “dispossessed,” with interference in the economy in their name eventually reaching almost Venezuelan levels under Mahmoud Ahmadinejad. And the rhetoric around Iran’s foreign policy—to be sure, rhetoric that is not always backed by action—is almost as radical as that of the early Communists. The Islamic Republic’s leaders were ecstatic about the Arab Spring—the Islamic Awakening, they called it—with Ayatollah Ali Khamenei calling it “a new chapter...in the history of the world.” They call for pan-Islamic unity, and argue for an inversion of the Middle East’s strategic order: “Today the presence of America is more important than all other problems of the world of Islam. This problem should be solved. It is necessary to push America out of the arena. It is necessary to weaken it, and fortunately it has already been weakened.” And other radical upheavals win Tehran’s endorsement—the Supreme Leader was a big fan of Occupy Wall Street.

Iran, in the radical view, inhabits an international system whose dominant feature is American exploitation and the power of “Zionist” financial interests; its neighborhood is full of reactionary monarchies, anti-Shia fanatics, U.S. military bases, and the Regime Occupying Jerusalem; at home, the Islamic Republic is beset by secularists, liberals, radicals of various stripes and those who seek accommodation with the West. (Western intelligence services, of course, are perceived pulling the strings of much of this.) And whenever Iran offers concessions, the West pockets them and makes further demands. But the conservative view is there, too: Iran is struggling to preserve “Islamic democracy” as an alternative to liberal democracy, resisting the emergence of a world in which, according to Khamenei, “there is not any moral value and humane feeling....In fact, [the liberal democracies] are disgracing themselves....The only thing that they believe in is money and bullying.” And a close reading of Khamenei’s speeches shows they often emphasize defense and retaliation rather than the initiation of revolutionary action.

It’s thus of paramount importance here in the West to determine whether the Islamic Republic is, at bottom, more radical or more conservative. Lasting peace with a radical Iran would be a pipe dream—we could only reach tactical accommodations and hope for change in the future. The confrontations that characterized the Ahmadinejad era would return, and the major international terrorist attacks the Islamic Republic backed in its youth might eventually resume. On the other hand, a conservative Iran could be slowly reintegrated into the international community. At times the West would still seek to contain its influence, but at other times it would accept Tehran’s hand as a potential source of order. Sustained, constructive relations—and greater prosperity for all—would be possible.

Yet the question of Iran’s true nature matters even more to Iran’s citizens. Will the Islamic Republic, in radical fashion, push hard for cultural uniformity, driving on toward an artificial new society? Or will it, in conservative fashion, recognize, preserve, and cultivate the many traditional forms found in Iranian lands? Is meaningful state action on the cultural front even possible when the state is a jumble and the culture is briskly moving in many new directions at once?

Answering such questions requires much more than a jaunt through the Supreme Leader’s latest tweets. We’d need a portrait of Iranian society broad enough to capture more than the usual mullahs-and-malls travelogues that pop up every few years in Western bookstores. But we’d also need enough depth to see the nuances of a complex culture. City of Lies: Love, Sex, Death, and the Search for Truth in Tehran, a sprawling visit with the people of Iran’s massive capital city from former Times of London Tehran correspondent Ramita Navai, offers both. Navai takes a close look at the lives of eight very different Tehranis, tied together by the eleven miles of Vali Asr Street, the tree-lined avenue that connects the affluent north with the working-class south. Navai lets her subjects lead the way, making herself almost invisible, nimbly leaping from past to present and back again.

It’s a well-paced, entertaining read. But its fascinating mix of characters and its refusal to be distracted by Iran’s many external problems are what make City of Lies truly valuable. We meet a failed assassin who was working for the notorious antigovernment group Mojahedin-e Khalq, and a mother and daughter both struggling with failed marriages and weighing divorce. We encounter a young man fending off the the judge who ordered the execution of his parents in the crackdowns of the late 1980s, and who now seeks forgiveness, along with a meth-slinging gun runner with the police in his pocket. A woman escapes her unfaithful husband and tries to make it on her own; unable to make rent, she falls into stripping, then prostitution to increasingly high-rolling clients (including “a well-known cleric” and a judge she’d first met at her own sentencing), then appearances in pornography—and then she’s caught and hanged. A young, deeply devout man is a regime thug by day, and cruises the parks for sex with other men by night. An aging mafioso struggles with a heroin addiction and runs an underground gambling den—but fears only his wife, the former dancing girl. (Oh, and they’re both quite religious.) And a rich socialite, chafing under the Islamic Republic’s restrictions, moves to London, only to return a few months later: Tehran, with all its faults, is the city of her heart.

Navai deserves tremendous credit for assembling this cast through a process of straight journalism—with a little artistic license. Most of her subjects are anonymized individuals, a few are composites of several people; dialogue is occasionally drawn from overheard conversations in the characters’ neighborhoods rather than from the characters themselves. It’s hard to argue with this method given the intimacy of her portraits, the danger many of her subjects would otherwise face, and the restrictions with which she’s dealt. (Navai’s press card had been taken away during the Khatami administration, and she’s been grilled by unidentified “intelligence officers.”) She takes too much license only once, when she implies that the hanging of the prostitute-turned-porn star was recent enough for the incriminating video to have been filmed on an iPhone, yet the real life incident this is based on was a stoning in 2001. Westerners often see executions as a barometer of injustice in the Islamic Republic; rumors and deception abound as the ayatollahs and their enemies each try to manipulate popular perceptions. Laser accuracy is thus very important.

The granular social details that perfuse City of Lies give us glimpses of a rich culture squeezed by religious autocracy and the chaos of modernity alike. We find more than enough material to challenge the notion that the Islamic Republic is a conservative force, helping the traditional elements of society preserve themselves against the secular decadence of the West and the elite. Those diverse traditions—many far older than the intellectual framework of the Islamic Revolution—face pressure to become more like the ones the rulers favor. A street tough turned pit boss, Asghar, made his name as a jahel, a type of gangster romanticized in a way rather like the American Mafia—“gentlemanly...with less violence and more compassion and courtesy.” While deeply involved in crime, “during religious festivals they would feed hundreds of poor.” These men “loved cheap prostitutes and alcohol almost as much as their religion, which they took seriously.” They were devout, but in the heterodox way that often emerges when two powerful traditions intersect: “Asghar had Imam Hossein’s face tattooed on his back,” just below “the Zoroastrian maxim Good Words, Good Thoughts, Good Deeds.” And when the Shah locked horns with Khomeini, the jahels “thought it would be wrong to stand against an ayatollah who spoke of social justice. They took to the streets.” Yet after the revolution, “the jahels’ liberal interpretation of their religion was not what the Islamists had in mind for their citizens. In fact, the jahels’ version of Islam could get them imprisoned or worse.”