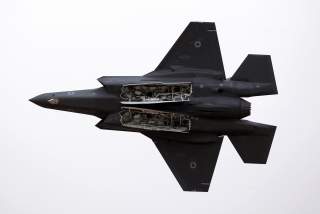 The February 10 military clash between Iran and Israel ushered in a new phase of the Syrian war. Iran for the first time challenged Israel directly instead of attacking indirectly through surrogates, such as Hezbollah.

The Syrian civil war—the world’s bloodiest conflict in recent decades—has evolved into a proxy war that could easily escalate into a much broader regional war. Iran’s provocative violation of Israeli airspace with an unmanned aerial vehicle (UAV) set off a chain reaction that is accelerating this transformation. The mission of the Iranian UAV—a Shahed 171, which Tehran apparently reverse engineered from a downed U.S. RQ-170 Sentinel drone that crashed in Iranian territory in 2011—remains unclear. Launched by Iranian Revolutionary Guards from the Tiyas air base in central Syria, the UAV crossed into Israel over the Jordanian border at an unusually low altitude, perhaps to avoid detection.

Although Hezbollah and Hamas have deployed Iranian-made UAVs over Israel in the past, this was the first known attempt by Iran to penetrate Israeli airspace.

The UAV was intercepted and destroyed by an Israeli Apache helicopter, and Israel responded with an airstrike on the Iranian command-and-control trailer in Syria that remotely controlled the UAV.

An Israeli F-16 fighter involved in that operation was shot down by Syrian anti-aircraft missiles and crashed inside Israel, injuring the pilot. It was the first Israeli fighter plane lost in combat since the 1982 war in Lebanon.

Israel responded by launching a second wave of attacks on twelve Syrian and Iranian targets in Syria. Among those hit were Syrian SA-17 and SA-5 anti-aircraft batteries and Iranian forces deployed in the country to support Syrian dictator Bashar Assad.

The Russian Foreign Ministry quickly issued a statement: “We urge all sides to exercise restraint and to avoid any actions that could lead to an even greater complication of the situation.”

The fact that Israel, Iran and Syria all subsequently de-escalated the confrontation underscored the fact that Putin’s assertive intervention in Syria has established Russia as the prime arbiter of Syria’s future. Israeli journalist Amos Harel wrote that: “The quiet after the Netanyahu-Putin phone call shows once again who’s the real boss in the Middle East.”

Moscow has its own reasons for tamping down Iranian-Israeli hostilities. It wants to avoid collateral damage to Russian forces, prevent further losses to its Syrian client regime and consolidate a more favorable military outcome in Syria. But Moscow’s agenda is jeopardized by Tehran’s competing goals, which have put Iran on a collision course with Israel and the United States in Syria.

Having tightened its grip on strategic areas of Syria, Iran now is willing and able to use these locations as staging areas for operations against Israel. Although direct action against Israel is risky, Iran’s Revolutionary Guards may have calculated that the presence of Russian military personnel at the Tiyas air base and elsewhere in close proximity to Iranian personnel would deter an Israeli counterattack.

Iran’s intentions were foreshadowed last month, when a senior Iranian official visited the Lebanese side of Lebanon’s border with Israel and made provocative comments about the liberation of Jerusalem.

Ayatollah Ebrahim Raisi— the hardline cleric who lost Iran’s presidential election last year but might still be in line to become the next supreme leader—was escorted within a United Nations buffer zone by Hezbollah officials who were uniformed and armed. This incident, which violated UN Security Council resolutions that established a demilitarized zone in Lebanon, prompted Israel to warn the Security Council that Iran was subverting the UN’s peacekeeping role in Lebanon and destabilizing the region.

Iran has replicated its proxy strategy of using Hezbollah in Lebanon, by creating a wide array of Shia militia groups directed by the Quds Force, the elite special forces of Iran’s Islamic Revolutionary Guards Corps. This foreign legion of militias recruited from pro-Iranian Iraqis, Afghans and Pakistanis has advanced closer to the Israeli border.

Harakat al-Nujaba (“Movement of the Noble”), an Iranian-backed Iraqi militia fighting in Iraq and Syria, announced that it stands with Syria to confront the Israeli “aggression and cowardly massacre.” The group—also known as Harakat Hezbollah al-Nujaba—is an independent unit that is part of the Iraqi Popular Mobilization Forces, which was created in 2014 to fight ISIS.

The group operates in both Iraq and Syria under the control of the Quds Force. Last March it announced formation of a “Golan Liberation Brigade.” Its goal: to help the Syrian regime take back the Golan Heights, which Israel seized in the 1967 Six-Day War.

Israel’s “War Between the Wars”

Israel has avoided intervening in Syria’s complex, multisided civil war, but it has been drawn into a deepening confrontation with Iran and its Hezbollah surrogates, who have exploited the Syrian war to open up a new potential front with Israel and boost the flow of sophisticated weaponry to expand Hezbollah’s military threat to Israel.

In what Israeli military leaders have called “the war between the wars,” Israel has launched over one hundred air strikes to destroy Iranian-supplied arms inside Syria before they could be transferred to the Lebanon-based terrorist group. But none of those strikes was as large as the February 10 attacks.

Hezbollah has almost thirty thousand fighters—up to a third of them now deployed in Syria to prop up the Assad regime. The terrorist group is thought to have amassed an arsenal of up to 150,000 rockets, which it has dispersed amid civilian buildings and underground bunkers covertly built in Lebanon. Iran has provided the bulk of these weapons, including increasingly accurate longer-range missiles capable of targeting most of Israel.

Perhaps motivated by steady losses of arms and equipment due to Israeli air strikes, Iran reportedly is building at least two weapons factories in Lebanon to assemble advanced missiles, anti-tank weapons and UAVs. Israel is likely to target these facilities in future rounds of fighting with Iran and Hezbollah.

Iran’s Challenge to the United States in Eastern Syria

Iran’s Revolutionary Guards also have threatened U.S. military forces and their allies, the Syrian Democratic Forces (SDF), in eastern Syria. On February 7, an armored column of Iranian-led militias, including Afghan Shia fighters and local Arab tribal fighters, advanced along with Russian private military contractors from the Wagner Group, toward a SDF base where U.S. special operations forces were stationed.

After the column fired artillery rounds toward the base, U.S. forces responded with air strikes, UAV missile strikes and artillery fire, killing scores of fighters, including many Russian military contractors.

In crossing the Euphrates River, the ground offensive violated the deconfliction agreement reached between Moscow and Washington. It also inserted Iran directly into the intensifying competition between the U.S.-backed SDF and the Iranian/Russian/Syrian forces trying to gain control over eastern Syrian oil fields formerly controlled by ISIS.

Moscow may have calculated that using military contractors in this Iranian-led operation would give it plausible deniability sufficient to avoid broader consequences for its actions. Washington cannot afford to let Russia or Iran off the hook for this direct challenge to U.S. forces.

The Trump administration should publicly warn Russia and Iran that the United States will respond forcefully to future threats in Syria and strongly support Israeli military efforts to blunt threats emanating from Syria. If Moscow is not willing or able to restrain Iran in Syria, it must share the responsibility—and bear consequences—for Iran’s destabilizing actions in Syria.

Image: An Israeli Air Force F-35 fighter jet flies during an aerial demonstration at a graduation ceremony for Israeli Air Force pilots at the Hatzerim air base in southern Israel, December 27, 2017. REUTERS/Amir Cohen