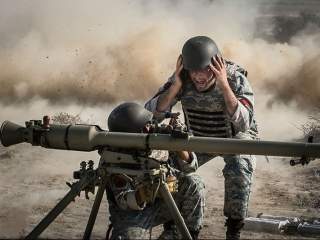 On paper, Iran should be the one country in west Asia that does its utmost to counter the message of Islamic State (ISIS). The movement, after all, is both vehemently anti-Shia and deeply anti-Iranian in its messaging and worldview. However, Iran’s efforts to combat ISIS have been missing one important element, one that should be a prerequisite to any successful anti-ISIS campaign: taking innovative and meaningful steps to inoculate Iran’s own Sunni minority against ISIS dogma. Time is also a factor. Tehran sees ISIS’ rise in Iraq and Syria as a long-term challenge, but meanwhile, the movement’s emergence to Iran’s east, in Afghanistan and Pakistan, may not be as temporary as many have assumed.

A Problem at Home

Iran is concerned about the rise of Sunni extremism in the entire region, including within Iran. And yet Tehran has fallen short in recognizing the role of its own, often discriminatory, policies against its Sunni minority. It appears that the dominant view in Tehran is that the issue of Sunni extremism will be resolved once ISIS is defeated militarily in Iraq and Syria. At the same time, Iranian authorities closely monitor any activities by radical Sunni operatives in Iran’s Sunni-majority provinces of Baluchistan and Kurdistan, which border, respectively, Afghanistan-Pakistan and Iraq.

A recent report from Iran’s interior ministry highlighted activities by ISIS sympathizers in those provinces and warned the authorities to avoid mistakes that could create a “domino effect.” So-called “Salafi activities” are closely monitored not only on Iranian territory, but also in neighboring Iraqi Kurdistan. Salafi groups with an active presence in the region include Ansar al-Islam, the Kurdistan Islamic Emirate, Kataib Qaed fi Kurdistan and Jaish Sahabeh. In referring to recruitment on the Internet, the report indicates that “many Iranian Salafi Kurds are prepared to join them [ISIS] in Iraq and many have gone to Syria to join them.”

In fact, fears about a growing ISIS appeal inside Iran’s borders seem to be a key justification for Tehran’s intervention in Syria and Iraq. In a meeting with the families of fallen Iranian fighters in Syria and Iraq, Supreme Leader Ayatollah Ali Khamenei indicated Iran attempting to be proactive in taking the battle to the ISIS in Iraq and Syria. “If these martyrs did not stop the enemy [in Syria and Iraq,] we would have to fight with the enemy in [the Iranian provinces] Kermanshah and Hamedan and other provinces,” he said.

Still, what Khamenei and other officials in Tehran are rarely willing to admit is the fact that among Iran’s nearly eight-million-strong Sunni minority, some feel that the regime’s Shia-centric policies put them at a disadvantage. Addressing these grievances, even though they are limited to only the margins of the Sunni population in Iran, will go a long way to mute the ISIS message being targeted toward Iranian Sunnis.

A Threat in the East

Iran’s ISIS predicament is not limited to events in Iraq and Syria. In what can only be called an unnerving development for Iranian authorities, a number of Pakistani and Afghan militant groups have declared allegiance to ISIS. In Pakistan, this has included Tehreek-i-Taliban Pakistan commanders, and some factions and members of Jamaat-ul-Ahrar and Jamaat-ud-Dawa.

Locations in Pakistan that have traditionally witnessed sectarian violence are now experiencing an escalation of attacks by Sunni extremists. Most recently, Pakistani authorities warned residents of Parachinar, a town of ethnic Pashtuns that mostly belong to the Shia sect, of possible attacks by local ISIS cells. The state of affairs in Parachinar, referred to by some Iranian Shia clergy as “Little Iran,” is an important barometer of sectarian relations in Pakistan, a country of nearly 190 million people that suffers from fragile Sunni-Shia relations, which Tehran watches closely.

Meanwhile, deepening differences and outright splits within Afghan Taliban could translate into more space for an ISIS presence in Afghanistan. A number of recent incidents in Afghanistan, including the kidnapping and beheading of ethnic Hazara (who are Shia) returning from pilgrimage in Iran, has also created fears among this ethnic group—that they have more to fear from ISIS and their local sympathizers than from the Afghan Taliban.

In this delicate sectarian context, Tehran’s most visible policy is arguably only fueling tensions at the moment. Iranian authorities have, in the last five years, actively recruited and deployed a number of Afghan and Pakistani Shia—from the ranks of immigrants that were already living in Iran or directly from Afghanistan and Pakistan—to the conflict in Syria. Most commonly referred to as the Zaynabiyun Brigade, hundreds of these fighters have been killed in the anti-ISIS campaign in Syria.

This is a policy that by no means helps to de-escalate regional sectarian tensions in the midst of the all-important struggle against ISIS. While Iran continues to point the finger at its regional rivals as exacerbating sectarian tensions in the broader Middle East, Tehran’s inadequate addressing of Sunni grievances at home and its expedient but controversial use of Afghan and Pakistani Shia militiamen in the Syrian civil war highlights the inconsistencies of Iranian actions, compared to its rhetoric on the need to foster better Sunni-Shia relations.

Alex Vatanka is a Senior Fellow at the Middle East Institute and the Jamestown Foundation in Washington, DC. Follow him at @AlexVatanka. His book Iran and Pakistan: Security, Diplomacy and American Influence was published in 2015. Fatemeh Aman is a veteran Iranian-American journalist with a focus on developments in Middle East and South Asia.