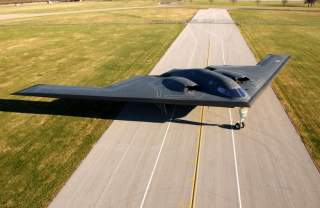 What’s going on here? Why are we having this kabuki debate about a deal whose battle lines were established before it even existed? At Brookings, Jeremy Shapiro suggests that “the Iranian nuclear program is not really what opponents and proponents of the recent deal are arguing about.”

Shapiro says the bigger question is about what to do regarding “Iran’s challenge to U.S. leadership” in the countries surrounding Iran and whether to “integrate Iran into the regional order.”

Those terms are fuzzy enough to make me uncomfortable, especially if what we’re trying to do is clarify the debate. In Shapiro’s telling, deal proponents think it will help transform Iran’s intentions, while opponents simply want to squeeze Iran as hard as possible as soon as possible. I think Shapiro is basically right about opponents, but misses something regarding supporters.

First, consider the hawks. At the outset of the JPOA, they were pounding the table about imminent calamity. In 2013, former IAEA chief Olli Heinonen warned an Israel Project conference call that Iran was two weeks away from a bomb (Two weeks!). Lindsey Graham criticized the interim agreement, calling it a giveaway to Iran.  Similarly, Israeli Prime Minister Benjamin Netanyahu called it “the deal of the century” for Iran.

Now, those same people who were frantic about the ticking clock couldn’t care less that it’s been wound backward. Ten years with no Iranian bomb is treated like a dirty penny. For his part, Graham now says that the JPOA should be extended because it’s preferable to the P5+1’s framework agreement.

In unguarded moments, many hawks concede they are against an agreement in principle. As Israeli Prime Minister Binyamin Netanyahu’s strategic affairs minister Yuval Steinitz admitted recently, “we are against a deal in general.” Similarly, Senator Tom Cotton, author of the embarrassing letter imploring Iran’s Supreme Leader to scuttle the deal, admitted to an audience at the Heritage Foundation before writing the letter:

So, despite their protests that what they’re really after is a “better deal,” their own words betray the truth: They oppose any deal. Vox’s Max Fisher suggests that the reason is because their real desire is to change the Iranian regime by force, and a diplomatic deal makes that less likely. It’s as plausible an explanation as I’ve heard.

So what about us doves? Most of us would have supported any deal the Obama administration deemed good enough to get past Congress. Why? Because we recognize that international politics, and in particular dealing with Iran on this issue in 2015, is the realm of least-worst alternatives, not slam dunks.

Jeffrey Lewis explains the logic of supporting the framework agreement:

The thing is, there is no “good” deal. Any deal will be a compromise that leaves in place many dangers to Israel, as well as Iran’s neighbors and the United States. The essential thing is to delay as long as possible an Iranian nuclear bomb. Almost any deal will buy more time than if talks were to collapse… [T]here is no good reason to believe that walking away from a deal now puts the United States in position to get a better one in a few years.

The brutal fact is that there is no “good” solution to the Iranian nuclear program. As Lewis notes, we’re not going to get to zero enrichment. The Iranians are going to be left with capabilities that cause us concern. The nature of negotiations is not getting everything that you want, and there seems to be little question that Dick Cheney and Co.’s “we don’t negotiate with evil, we defeat it” posture was counterproductive to getting a better deal. To take one example, the Iranian bargaining chip went from a few hundred centrifuges to nearly 20,000 in the intervening decade.

So for doves the question becomes how to put as much time on the clock without producing a war that would cause a regional catastrophe and put less time on the Iran nuclear clock than the JPOA has. It may be the case that liberal deal supporters believe it will transform Iran, but I suspect there are a lot of realist supporters—here, for example—who support it because it lowers the probability of another costly war in the Middle East.

The reason we’re having this peculiar debate instead of the one I’ve described above is that doves and hawks have trapped each other in the mass politics of the issue. There is a very good chance that blowing up the talks would buy the United States a non-refundable one-way ticket to another major war in the Middle East, something that no American politician with any sense wants to own.

Similarly, hawks have a good line to use on doves. Any diplomatic agreement will leave opportunities for Iran—a regime rightly seen as wily and creative in its diplomacy—to cheat. Americans do not trust Iran, and do fear cheating.

The deeper debate would be how to judge the risk of another disastrous war in the Middle East if we collapsed the talks against the risk that Iran would be able to defy the framework agreement in the next 10 years and wind up with, or close to, a bomb.

Many doves think another U.S.-led war in the Middle East is intolerable, just as many hawks think giving up on such a war for a decade is intolerable. So when you hear the screaming about the framework agreement, remind yourself: this is what we’re really talking about.

Justin Logan (@justintlogan) is director of foreign policy studies at the Cato Institute.