ISIS' Worst Nightmare: The U.S. and Russia Teaming Up on Terrorism 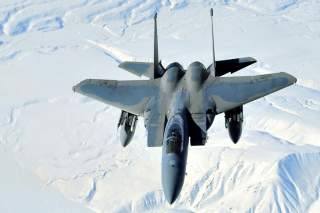 Can the United States, European Union and Russia cooperate against the burgeoning common threat posed by the so-called Islamic State, even as their diplomats cross swords over the most recent escalation of fighting in Ukraine? The short answer is yes, but the path to cooperation will not be easy. The hard truth is that even when relations were good, counterterrorism cooperation was never as robust as many had hoped after 9/11. This was because of a fundamental conceptual gap about the nature of the terrorist threat.

For the United States, the threat comes in the guise of foreign radicals, determined to undermine the institutions of American society. That is the lesson Washington drew from 9/11 as it formulated its response. Al Qaeda in fact might have had a more limited goal of driving the United States from the Middle East, but Washington depicted the threat as one against the West's fundamental democratic values. For Russia, the terrorist threat is inextricably linked to separatism. That was the lesson Moscow drew from Chechnya as it formulated its counterterrorist policies. There were quite a few radical Islamists among the Chechen fighters even in the 1990s, but Moscow primarily saw them as a group determined to carve off territory for an independent secular state, not necessarily to destroy Russian society as such.

In the 2000s, that disparity complicated counterterrorism discussions. The United States was interested in intelligence sharing on Al Qaeda; the Russians wanted information on exiled Chechens that they suspected of supporting violent separatism. Neither had much to offer the other, because their collections of priorities were focused on the main threat to their own countries, not on helping the other deal with its problem. Worse, from Moscow’s perspective, the West granted refuge to Chechens it considered terrorists.

(Recommended: Is China About to Declare War on ISIS?)

But the rise of the Islamic State might begin to close this conceptual gap. The leaders of the North Caucasus’ umbrella terrorist organization—Caucasus Emirate—may be divided over whether to back ISIS or Al Qaeda in their rivalry, but they are now more aligned with the vision of caliphate propagated by both of these terrorist organizations. At the same time, the formation of a terrorist protostate on the ruins of Syria and Iraq draws a link between terrorism and separatism that has been peripheral in American concerns. Unlike Al Qaeda, ISIS is not seeking a haven in an independent state or ungoverned territory, it is seizing land to form a state. It actively recruits foreign fighters, brings them to its state for training and then returns them home to wreak havoc. Of ISIS’ estimated 15,000 foreign fighters, 3,000 hail from the West and about 1,000 are Russian-speaking jihadists. Some have already trickled back to their homes in Europe and Russia to stage attacks. More are on the way. Others, such as Amedy Coulibaly, the Paris hostage-taker, and Rustam Asilderov, a leader of the Dagestani branch of the Caucasus Emirate, pledged allegiance to ISIS without traveling to the region.

As a result, for perhaps the first time in the counterterrorist struggle, the United States, European Union and Russia share a common concrete enemy in the form of ISIS. None of them can afford to tolerate the existence of a terrorist quasistate, which is actively training its nationals and interested in acquiring weapons of mass destruction. Nor can the U.S., EU and Russian leaders sit and wait for ISIS to decide if it should escalate from executing citizens of Western and post-Soviet states to launching sustained terrorist campaigns against them.

The United States, EU and Russia could begin to cooperate against ISIS by taking small, concrete, pragmatic steps, mirroring their cooperation in the initial phases of the U.S.-led campaign in Afghanistan. These steps could include sharing intelligence on ISIS and cooperating in joint special operations against key targets. Russia could also supply advisors, training programs and more arms to the Iraqi forces and Kurdistan forces, in coordination with the West.

To be sure, the recent escalation of deadly violence in eastern Ukraine will complicate any effort to work together on counterterrorism. Nevertheless, while the United States and EU will continue to resist what they see as Russia’s unacceptable conduct in the Ukraine crisis, the West should not lose sight of the contribution that Moscow could make in countering terrorism. The upcoming Summit on Countering Violent Extremism in Washington provides an opportunity to launch a high-level dialogue on Western-Russian counterterrorism cooperation. Such cooperation will not make the Ukraine crisis easier to resolve, but it could help degrade the deadly ISIS threat and retard the dangerous deterioration in Western-Russian relations.

Thomas Graham served as senior director for Russia on the U.S. National Security Council staff 2004-2007. He currently teaches at Yale University and works as a managing director at Kissinger Associates. Simon Saradzhyan held various editorial positions at The Moscow Times in 1998-2008, writing about security and defense issues. He currently works as an assistant director of the U.S.-Russia Initiative to Prevent Nuclear Terrorism and is a research fellow at Harvard University’s Belfer Center.