Is Isolationism Making a Comeback? 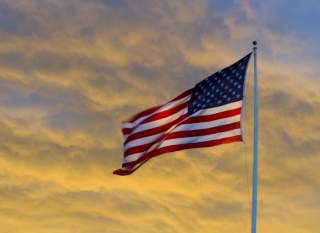 In a landmark Foreign Affairs article published 25 years ago, Charles Krauthammer predicted that the biggest challenges to America’s “unipolar moment” would come from domestic politics rather than abroad.  Although the crumbling of the Soviet Empire was good news, Krauthammer argued, it would be folly to assume that the post-Cold War era would be one of undiluted harmony.  Global stability was possible but it would be contingent upon U.S. leadership of world affairs—including the maintenance of robust U.S. military capabilities.  Krauthammer’s biggest fear, then, was that such leadership might not be forthcoming.

Krauthammer’s villains were isolationists of both liberal and conservative persuasions—groups who entertained the shared fantasy, albeit arrived at from opposite starting points, that the United States could flourish and be secure without active U.S. involvement overseas.  In 1990, such sentiment was most pronounced on the left, with the Democratic Party by then having all but completed its transformation from the relatively hawkish party of John F. Kennedy into the natural home of anti-war activists.  Democrats in the House of Representatives felt so strongly against militarism, in fact, that in January 1991 twice as many of them voted against military action to oust Iraqi forces from Kuwait than voted in favor.

But Krauthammer saw that isolationism could also emerge on the right, which would shatter all hope of maintaining the delicate domestic balance in favor of deep U.S. engagement.  After all, American foreign policy harbored a long tradition of conservative isolationism—not just in the nineteenth century and the inter-war period, but as recently as the early Cold War when leading Republicans such as Robert Taft argued against mobilizing U.S. resources in defense of foreign nations.  Republican support for an expansive foreign policy had been pronounced during the Reagan years, to be sure, but Krauthammer recognized that this support could not be taken for granted.

As Krauthammer forewarned, both flavors of U.S. isolationism have had pronounced effects on foreign policy in the quarter-century since the collapse of the Soviet Union.  From Bill Clinton’s failure to intervene in Rwanda to George W. Bush’s denunciation of the Kyoto Protocol and his symbolic “unsigning” of the Rome Statute of the International Criminal Court to Barack Obama’s acute reluctance to authorize the deployment of U.S. troops abroad, the fear of inviting an isolationist backlash has routinely proved strong enough to curtail the foreign policy ambitions of the United States.  It has affected different presidents in different ways and to different extents, but no president has been able to ignore the political pull of arguments that America should “mind its own business” or “get its own house in order” before attending to the rest of the world.  Indeed, American isolationism is arguably stronger now than at any time since the 1930s.

So far, however, America’s post-Cold War presidents—Bush, Clinton, Bush and Obama to a man—have been fortunate enough to govern during times when at least a bare majority of the political elite have been in favor of broad internationalism when it has counted most.  Even if isolationism has triumphed on occasion, the macro-level bias towards internationalism in U.S. foreign policy is not dead yet.  But the internationalist consensus is certainly weakening and there is now a real risk that the United States is approaching a tipping point after which the domestic balance will be in favor of isolationist tendencies.

On the left, Democrats such as Elizabeth Warren and Bernie Sanders couple reflexive anti-militarism with unabashed opposition to free trade in general and to U.S.-spearheaded free trade agreements in particular.  Some of this sentiment is shared by President Obama—the desire to pursue “nation-building here at home” undoubtedly has played a large factor in the president’s timid responses to security crises from Ukraine to the Levant, for example—even as Obama gets visibly annoyed by the lack of congressional support for his attempts to rewrite global trade rules in Washington instead of Beijing.

On the right, would-be Republican nominees seem to revel in making xenophobic remarks, especially China-bashing (even arguing that the U.S. should go out of its way to undermine the most important bilateral relationship in the world), and see no problem with standing apart from the international community over the Iran deal.  Although Rand Paul is perhaps the only vocal proponent of a more slender foreign policy, it is telling that even his purportedly hawkish Republican colleagues have failed to stop—let alone reverse—the huge cuts to the military that have been imposed by sequestration.

What is more, both liberal and conservative varieties of isolationism appear to be increasingly popular with their respective electorates.  That is, large slices of the Democrat and Republican parties seem content to back nationalistic, protectionist, and outright isolationist candidates for office. In this new political environment, American preeminence in international affairs may well be nearing its expiration date. It will take brave leaders to speak out in favor of internationalism once the “new normal” is in favor of isolation and introspection.  Of course, America’s “unipolar moment” could never last forever (something that Krauthammer was quick to acknowledge even as he coined the phrase), but its willing surrender seemed unthinkable only years ago.

Krauthammer concluded his 1990 article with words that seem highly relevant today in the context of the war in Ukraine, severe turmoil and unimaginable human suffering in the Middle East, and long-term geopolitical uncertainty in the Asia-Pacific.  “International stability is never a given,” he wrote. “It is never the norm.  When achieved, it is the product of self-conscious action by the great powers, and most particularly of the greatest power, which now and for the foreseeable future is the United States. If America wants stability, it will have to create it.”

Although some might balk at the idea that the U.S. is a force for stability in the world, those who accept the premise of Krauthammer’s argument have reason today to feel anxious—more reason, in fact, than Krauthammer had 25 years ago when he was moved to put his own fears in print.