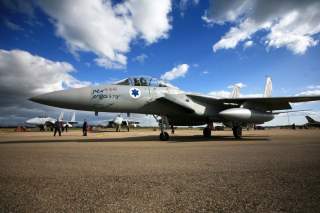 As Israel’s Operation Protective Edge entered its fourth week and the death toll of this latest attempt at sapping Hamas’ military capabilities stood at more than 1,300 Palestinians and fifty-nine Israelis killed, international attention was predictably focused on the prospects for a durable cease-fire and the hardships of the civilian population inside Gaza. With most commentators emphasizing those aspects of the conflict that are readily understood and easily condemned—the lopsided nature of the violence, the widespread destruction of Gaza’s infrastructure, and the human tragedies that continue to unfold—much less attention has been devoted to the deeper dynamics of the use of force that were evident in the operation.

It is still unclear how and when the second phase of Protective Edge, which was marked by large-scale but clearly delimited ground incursions to demolish Hamas’ network of attack and supply tunnels, as well as continued efforts to stem the rocket fire, will be brought to an end. It is not too early, however, to make some observations about the course of the fighting and its implications—not just for Israel, but for Western armed forces more generally.

In a recent contribution in The National Interest, Raphael Cohen and Gabriel Scheinmann have argued that Protective Edge constitutes “a step forward in the long war” against Hamas. While the jury is still out on this assessment, the past three weeks have served as a rather explicit reminder of what standoff firepower can—and cannot—accomplish when facing a determined foe on his own turf. Meanwhile, the costs associated with escalating a firepower-based campaign that has failed to produce the required results continue to accrue in plain sight.

In repeating this familiar sequence, the IDF’s efforts point to a number of fundamental constraints that are inherent in the dominant Western approach to warfare—constraints that will manifest themselves at other times, in other places, and that no amount of technological wizardry or careful planning will dissolve.

The Limits of Intelligence

To execute a campaign of standoff strikes that produces meaningful effects quickly, intelligence preparation is the key. When fed by accurate and plentiful intelligence, precision-guided firepower can produce astonishing results. On the very first night of the 2006 Lebanon War, the Israeli Air Force (IAF) executed a contingency plan that relied on information painstakingly compiled over a period of six years. While the details of Operation Specific Weight remain in dispute, it has been claimed that half of Hezbollah’s Iranian-supplied medium-range rockets were wiped out at a single stroke. Civilian casualties were minimal, in spite of the fact that many of the rocket stashes had been deliberately placed in residential areas. The IAF had scored a major success, but throughout the campaign, Hezbollah continued firing longer-range rockets that had been missed by intelligence. The accomplishment of that first wave of carefully preplanned strikes was never repeated.

Protective Edge was marked by a similar dynamic. During the early days of the operation, the IDF hit scores of command posts, storage sites, rocket production facilities and concealed launchers, releasing footage of strikes resulting in massive secondary explosions. By July 12, the IDF had stopped reporting on the exact nature of targets attacked in its hourly updates, thenceforth releasing only a 24-hour aggregate of “terror targets” struck. As the fighting wore on, the tempo of strikes remained high, but the targets inevitably became more mundane—sites of reported or observed terrorist activity, Hamas activists’ homes, infrastructure related to the organization in one way or another—and the incidence of collateral damage increased. Meanwhile, Israeli troops began to uncover a network of attack tunnels that had eluded the prewar intelligence effort almost entirely.

The implications are several: First, intelligence gathering is never comprehensive; its depth and scope are limited by the assumptions and the resources that flow into it. It finds what it is looking for—some of it, anyway—and seldom uncovers that which is not expected to be there. Secondly, the collection of high-quality, actionable intelligence will not keep pace with a high-tempo operation’s voracious appetite for new targets. As the initial supply of preplanned strike options dries up, the attacker faces steeply diminishing returns and less elegant approaches must be relied upon to sustain the momentum. Third, the value of the prewar intelligence picture depreciates sharply once the fighting is joined. Competent enemies seldom behave as anticipated, and they tend to have an ace or two up their sleeves. Such is the “paradoxical logic” of strategy.

The Limits of Responsive Counterforce

Once the initial abundance of high-quality targeting information has been exhausted, commanders must rely on their immediate observations and their general understanding of the enemy to counter his moves and keep the operation going. More often than not, the focus shifts from disrupting the opponent’s strategy to disrupting his tactics, preemptively if possible. With all the best cards played and a decision far away, the imposition of cumulative damage takes center stage.

In its war against Gaza’s militant factions, the IDF enjoys a set of advantages that Western armed forces are unlikely to replicate elsewhere. It has an unrivaled body of knowledge about its opponents, whom it has been observing, infiltrating, interrogating, fighting and killing for decades. It knows the terrain intimately, having operated there regularly in the recent past. It has established a real-time intelligence, surveillance, and reconnaissance (ISR) network of a density in relation to the covered area that is unmatched anywhere in the world today, and may very well remain so in the future. It has complete and unimpeded command of the sea, air and space throughout the theater. It has spent years mastering the art of time-sensitive targeting. In Gaza, the IDF can see anything that moves in the open, and it can kill anything that it sees. In theory, this is the wildest promise of the “reconnaissance-strike complex” come true—the apotheosis of responsive counterforce.

Why, then, has the IDF failed to stem the tide of rockets pouring into Israel?

First, the unblinking gaze of real-time ISR does not translate into the ability to identify that which matters, when it matters. To reveal a hostile activity for what it is, it must have a distinct signature that sets it apart from myriad other goings-on. While modern sensors have certainly raised the bar for concealment and deception, capable opponents continue to adapt to the constraints imposed by ISR and learn to exploit the inevitable gaps in coverage or discrimination. While Hamas’ practice of conducting terrorist activities from among the civilian population is both morally despicable and blatantly illegal, it is a remarkably effective way of using the terrain to its advantage. To the extent that its operations blend in with the civilian environment, they become invisible. When they fail to blend in, civilians are liable to get hurt, which serves the organization’s aims just as well.

Secondly, the opportunities produced by real-time ISR are almost exclusively opportunities for piecemeal attrition: a rocket launcher here, a handful of operatives there. Even if any target with a good signature is identified and attacked instantaneously, this process of slowly wearing down enemy resources is time-consuming and does relatively little in the short term to reduce the opponent’s fighting capability.

During the first ten days of Protective Edge, IDF air and naval forces attacked more than 2,000 individual targets. Yet the rocket fire into Israel was sustained at a virtually undiminished level. From July 17, IDF ground troops crossed into Gaza in strength while standoff strikes continued. The number of rockets fired went into a slow descent. But continuing attacks at a rate of 60-80 rockets per day and an upward spike of 154 on July 21 showed that Hamas’ launch capabilities remained fundamentally intact.

Twenty days into the campaign, an IDF intelligence officer stated that Hamas’ rocket arsenal had been reduced by 50 percent—but that includes the initial wave of strikes based on high-quality intel that is now almost certainly lacking, as well as rockets expended by Hamas. Unless the organizational framework that underpins it is shattered once and for all, some level of capability will undoubtedly remain. If recent history is any indication, the remainder will be reconstituted with relative ease once the fighting is over.

The Limits of Deterrence

The essence of deterrence is to instill in the potential adversary the belief that an attack will result in unbearable costs, that it will fail to reach its intended goals, or both. Israel’s contemporary approach to deterrence follows the twin imperatives of (1) periodically inflicting the greatest possible damage on its opponents’ military organization and on the infrastructure that supports them, and (2) minimizing the costs to its own armed forces and society.

Unfortunately, it is up to the adversary to determine what kind of cost is unbearable and at what point his preferred strategy turns into an unredeemable failure. Will the destruction of 50 percent of its military capability, and of parts of Gaza’s government and civilian infrastructure, be sufficient to deter Hamas? Certainly, the organization will not be keen to repeat the experience in the short run. But for how long will deterrence based on the threat of another attritional standoff campaign with limited ground maneuvers hold?