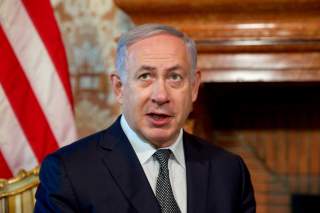 Three months ago, on December 23, 2017, the United Nations Security Council passed Resolution 2334, dealing Israel a significant diplomatic defeat. The resolution in essence provides that all Israeli settlements in “Palestinian territory occupied since 1967, including East Jerusalem” are “flagrantly” illegal. The resolution passed 14–0. The United States, which historically has protected Israel in the security council, abstained in one of the final significant acts of the Obama administration. Rather than promote the Middle East peace process, in the time since its passage, it has become apparent that Resolution 2344 has further diminished the likelihood of success on that front. The resolution is also a long term diplomatic and legal setback for Israel that will be difficult to repeal.

The text of the resolution:

1. Reaffirms that the establishment by Israel of settlements in the Palestinian territory occupied since 1967, including East Jerusalem, has no legal validity and constitutes a flagrant violation under international law and a major obstacle to the achievement of the two-State solution and a just, lasting and comprehensive peace;

2. Reiterates its demand that Israel immediately and completely cease all settlement activities in the occupied Palestinian territory, including East Jerusalem, and that it fully respect all of its legal obligations in this regard;

3. Underlines that it will not recognize any changes to the 4 June 1967 lines, including with regard to Jerusalem, other than those agreed by the parties through negotiations;

5. Calls upon all States, bearing in mind paragraph 1 of this resolution, to distinguish, in their relevant dealings, between the territory of the State of Israel and the territories occupied since 1967;

The authors of the resolution purported to “balance” its one-sided approach to Israel’s settlements, many of which are in the capital city of Jerusalem, with boilerplate language urging both sides to prevent “acts of violence” and “terror.”

It is important to note that the UN Security Council acted under Chapter VI of the UN Charter “Pacific Settlement of Disputes” in passing Resolution 2334. The resolution is consistent with action taken under Article 33 of the charter: “The parties to any dispute, the continuance of which is likely to endanger the maintenance of international peace and security, shall, first of all, seek a solution by negotiation, enquiry, mediation, conciliation, arbitration, judicial settlement, resort to regional agencies or arrangements, or other peaceful means of their own choice. The Security Council shall, when it deems necessary, call upon the parties to settle their dispute by such means.”

Contrast Resolution 2344, a call upon the parties to settle their dispute, with the UN Security Council’s police power under Chapter VII, Article 42 to “take such action by air, sea, or land forces as may be necessary to maintain or restore international peace and security. Such action may include demonstrations, blockade and other operations by air, sea, or land forces of Members of the United Nations.”

It is almost certain that in time, and with another U.S. administration that, like the Obama administration, is indifferent to America’s ally Israel, the Security Council will seek to build on Resolution 2334 and move from a Chapter VI action against Israel to a Chapter VII action. In such a case, a resolution could involve imposing binding sanctions or even blockade or embargo Israel in retaliation for its settlement policies. The point of such a move would be to further isolate Israel diplomatically and economically and, thereby, to bring unbearable pressure on Israel to accede to UN Security Council demands on borders and the two-state solution.

There are five key reasons why Resolution 2334 matters to the United States, Israel and the “peace process.”

First, the specific reference to “occupied” East Jerusalem in the resolution includes the Western Wall in Jerusalem’s Old City. By taking such action, the UN has effectively denied a Jewish connection to Judaism’s holiest site. The Palestinian Authority has taken this exact position, as did Jerusalem’s prior Islamic rulers for over a millennium. Such a result will never be accepted by Israel or its people. In this sense, the UN’s action is an affront to the very essence of the Jewish state.

Second, Resolution 2334 will significantly reduce the chances of a negotiated settlement between the Palestinian Authority and Israel, because it has removed negotiating room from the parties by stating that Israel’s settlements have “no legal validity and constitutes a flagrant violation under international law.” The resolution purports to leave space for talks by stating there will be no changes to the June 4, 1967 borders “other than those agreed by the parties through negotiations.” But with the security council having already determined that there will not be changes to the pre-1967 borders, what incentive is there for the Palestinians to agree to anything else through negotiation?

Third, Resolution 2334 lays the groundwork for future Security Council resolutions that could decide, as a matter of international law binding on UN member states, issues such as the borders between Israel and a Palestinian state, the right of return of Palestinians to Israel, the status of Jerusalem, and the time frame for any negotiations between Israel and the Palestinian Authority to be completed. While in the past it was assumed that the United States would veto such resolutions, the Obama administration has now demonstrated that such assumptions are no longer operative if the American president is a Democrat.

Fourth, Palestinian success on Resolution 2334 may encourage the Palestinian Authority to seek full member status at the UN and its specialized agencies. Palestine has been a nonmember observer state since November 2012. The security council must approve the application of new member states, so a U.S. veto could prevent Palestine from obtaining this goal. But forcing the United States to exercise its veto in the face of the type of majority assembled to pass Resolution 2334 would be seen as a major diplomatic black eye for the United States, isolating both the United States and Israel within the UN.

Fifth, Resolution 2334 could embolden politically motivated prosecutors at the International Criminal Court (ICC) to prosecute Israel and its officials. The Palestinian Authority has already used its nonmember observer state status to instigate an investigation by the ICC of Israeli settlement activities as a violation of international law. Israel would certainly not recognize any ICC judgment on the matter, but action by the court could further isolate Israel and could possibly lead to severe travel restrictions on Israeli leaders and citizens deemed by the court to be involved in the offending activities.

The UN’s Discrimination Against Israel Continues

Resolution 2344 is just the latest act in a long history of UN discrimination against Israel. It is ironic that the UN, which for has so long been hostile toward Israel, is in large part responsible for its modern establishment. In 1948, the UN General Assembly passed Resolution 181, which called for the withdrawal of British forces and the partition of Palestine, creating a Jewish and an Arab state. Jerusalem was to be a special UN-administered city with equal access to the city by citizens from both of the newly created states.

It has been downhill ever since for Israel at Turtle Bay. In a candid moment in August 2013, UN secretary general Ban Ki Moon admitted in a speech in Jerusalem that “unfortunately . . . Israel [has] suffered from bias—and sometimes even discrimination” at the United Nations. The most notable example of such bias was the infamous 1975 UN General Assembly Resolution 3379, which determined that Zionism was “a form of racism and racial discrimination.” Although later repealed, the resolution sums up the manner in which Israel has been treated by the UN over the years.

Israel has few tools to use in response to Resolution 2334. Israel is curbing diplomatic business with twelve of the nations that voted for the resolution; “Israeli officials are considering permits for the construction of hundreds of new settler homes in occupied East Jerusalem”; and Israel cut $7.8 million in funding to five UN institutions “that are particularly hostile towards Israel.”

While these steps certainly demonstrate to the world Israel’s resolve, they may be counterproductive. Israel’s adversaries seek to isolate Israel economically and diplomatically from other nations. Israel curbing its own diplomatic ties with other nations, if such conduct is sustained, could further isolate Israel and, thus, backfire.

As president-elect, President Trump took to Twitter and Facebook to express his dismay at Resolution 2334 and at the UN in general:

• December 22, 2016: “The resolution being considered at the United Nations Security Council regarding Israel should be vetoed. As the United States has long maintained, peace between the Israelis and the Palestinians will only come through direct negotiations between the parties, and not through the imposition of terms by the United Nations. This puts Israel in a very poor negotiating position and is extremely unfair to all Israelis.”