Israel's Election: Everything You Need to Know 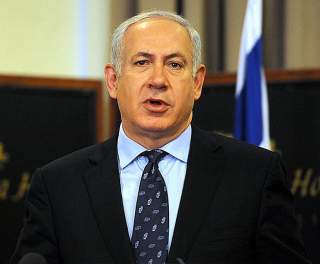 As Israel approaches its March 17 general election, its political map is changing. The election campaign has further fractured an already fragmented political landscape. But it has also caused some unification, as political parties join together to contest the election.

Israeli elections are typically very difficult to predict ahead of time because a large segment of the electorate remains undecided until the final days before the polls. But the main issues confronting voters and the general trends among different segments of the electorate can already be identified

The election campaign has demonstrated the broad diversity of views and sharp divisions inside of the country—and no one will be able to predict who will emerge victorious in the coalition building after the elections.

But how the campaign has been conducted thus far demonstrates that Israel is still in search of a leader that can effectively bring together competing views inside of the country, get it out of its political paralysis, and make the sum greater than the individual parts.

In today’s Middle East, Israel can’t afford to be held back by internal divisions and a lack of its own leadership.

This election will be the first held under a change in Israeli electoral law that raises the threshold a party list must cross to enter the Knesset, the Israeli parliament, to four percent of the total vote. This threshold has caused some small parties to unite, but has not stopped further fragmentation in other cases due to personal resentments and electoral strategy.

For instance, the three main Arab parties unified, and may win more seats because of this as more Arab Israeli voters may be motivated to vote for a united Arab list. Nonetheless, the list is an unnatural alliance ideologically, combining communists, Islamic fundamentalists, and secular ultra-nationalists.

Another more consequential case is the Zionist Camp, a new alliance between former Foreign Minister Tzipi Livni’s Hatnua party and the Labor Party. This electoral alliance is more of a natural fit. Although Livini and Labor’s leader, Isaac Herzog, come from historically rival political movements, the two parties have close positions on most issues.

Elsewhere parties experienced further fragmentation. Shas, the party of the ultra-orthodox Sephardic Jews, split because over its previous political leader, Eli Ishai’s frustrations with being replaced by Arieh Deri following a decision by the already deceased Shas’ religious leader. The new faction, “Yahad” (Together), was joined by some extreme right wing elements that previously supported other right wing parties, and therefore it is taking potential voters from these former parties– especially Naftali Bennet’s party. Yahad’s support runs around the threshold percentage, meaning that a more than three percent of the right-wing vote could be lost—a potentially significant development.

Another potentially more consequential split is the already old decision of Israel Beitenu’s leader and current foreign minister, Avigdor Lieberman, to split from the alliance he had with Prime Minister Benjamin Netanyahu’s Likud Party. Personal rivalries are largely responsible for this split, with Netanyahu dashing Lieberman’s hopes to succeed him as the leader of Israel’s right. This split may prevent Netanyahu’s party from being the largest party.

Generally, the assumption is that the party that won the most seats has the best chance to be asked to form a government. However, this is not mandated by law, and there is precedent for the leader of a party that did not win the most seats to be asked to form a government because of recommendations by other parties that together held more seats than the parties that recommended the election winner.

As a result, the number of votes Israel’s main ideological blocs receive may be more important than the party-list results. In Israeli politics, there are four such blocs: the right wing, the center-left, the ultra-Orthodox, and the Arab parties. Voters usually move within rather than between these blocs. During the initial stages of the current campaign, a significant number of Likud voters switched to the Jewish Home party because of a successful campaign by its energetic and youthful leader. But campaign blunders and concerns that such a shift would only help the center-left become Israel’s largest party caused voters to return to Likud. The same is true for movements between Labor and Meretz, Israel’s leftist party, and movements among ultra-Orthodox parties.

Another tradition of Israeli politics is that new parties frequently emerge right before elections, usually reflecting part of the electorate’s disappointment with the existing parties. Voters for new parties usually belong to the so-called center that eschew the clearer ideological identity of the right wing and the left wing. In the current election campaign, Moshe Kahlon’s new Kulanu is trying to fill this niche because many voters have grown disillusioned with Lapid’s party, which previously was favored by the center. Kahlon served as a Likud minister but has since parted ways. His party could tip the scales by joining a center-left coalition after the election.

Themes of the election

There are already eight clear themes defining this election campaign:

– Anyone but Bibi. In his six years in office, Prime Minister Binyamin Netanyahu has succeeded in alienating most of Israel’s senior politicians both within and outside his own Likud Party, as well as many segments of the public. The elections are perceived by many as a referendum on Netanyahu.

– Low level of trust in the alternative leadership. But, Israelis do not trust the leadership of the opposition parties. They think that they lack experience, are not strong enough However, Isaac Herzog, the leader of the Labor Party and the Zionist Camp alliance is slowly but surely narrowing the gap and building an image of worthy competitor for the nation’s leadership.

– Security is still a central issue. Although currently Israel is not facing real existential threats, the Arab turmoil is breeding a very high level of instability and uncertainty that leads many Israelis to worry about potential security threats. The security threats to Israel that do still exist are of lower intensity but of higher probability of materializing, and when they materialize, they directly affect the lives of Israeli citizens. Therefore, security is still very high on the political agenda. That gives an advantage to the right-wing bloc, because it is perceived as being tougher and stronger on security.

– Social-economic issues are playing a stronger role in comparison to previous elections. A process that started five years ago of growing awareness and higher priority for questions of social justice is affecting the current campaign. Typically, voters view the center-left bloc’s policies in these areas more favorably. Not surprisingly, the center-left bloc has made the Netanyahu administration’s failure to address income inequality a major campaign issue.

– The corruption factor. Corruption became an important factor in these elections. Avigdor Lieberman’s party was considered a strong contestant and a possible competitor of Netanyahu’s Likud for leadership in the right-wing bloc until many of the party’s functionaries were implicated by the police in corruption cases, and support for the party dropped dramatically. It is now struggling to stay above the 4-percent threshold. Accusations of waste and corruption aimed at Netanyahu have also caused him to lose some votes, but this loss is less significant.

– Peace with the Palestinians. Resolution of the Israeli-Palestinian conflict does not play a major role in the current campaign. The campaign is aimed at the large number of Israelis in the center that believe the two-state solution is desirable, but not feasible. Other issues are much more important for this bloc when determining its vote.

– Identity politics. For many voters, identity politics determines their vote. When this is the case, the pattern of voting of these groups is only marginally influenced by the issues or by the performance of the parties.

– The role of the media. By and large, the Israeli media has been extremely critical of Netanyahu and his right-wing partners. But Netanyahu enjoys the support of a daily newspaper, “Israel Hayom,” which is financed by Sheldon Adelson, an American billionaire who supports Netanyahu.

There is a high level of uncertainty concerning the results of the coming elections because of many undecided voters and the large number of election themes. It is not yet possible to point at any single theme that will most affect voting. That will likely continue to be the situation up until a few days before election day, when undecided voters will feel pressed to make a decision.

The right-wing bloc has an inherent advantage because its core of faithful supporters is bigger than its left-center equivalent, and because ultra-orthodox parties are more inclined to join a right-wing coalition. It is balanced to some extent by the animosity of the majority of political leaders—even in the right-wing bloc and the ultra-orthodox bloc—towards Netanyahu; there is a general feeling of “Bibi fatigue” and wish for change.

However, politics makes some strange bedfellows and leaders that loathe Netanyahu may join his coalition government rather than wallow in the opposition.

The growing power of the unified Arab parties might also help the center-left block if they decide to play an active part in the post-election coalition building instead of abstaining, as has happened after previous elections.