Israel's Prime Minister Has His Own Brand of Instrumental Realism 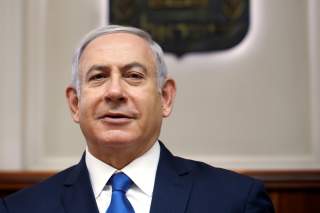 Many world leaders, analysts, and commentators look on in trepidation at the increase of multipolarity and multilateralism that is diffusing international relations and recharging it with enhanced nationalism and authoritarianism. The divisions between the United States, China, Russia, and Europe are mounting, with territorial revisionism, the pursuit of spheres of influence and protectionism re-imbedding themselves in world politics. Indeed, dissent is growing stronger even among the democracies of the Western world as exemplified by the latest G-7 summit, the state of transatlantic relations, the onset of tariff sanctions, the disagreement over the U.S. withdrawal from the Iranian nuclear deal (the JCPOA), Brexit and the growing disharmony within the European Union (EU).

Israel as a small nation has little to no influence on the geopolitical shaping of this increasingly divided world. However, its ability to pursue its policies in the fractious region of the Middle East, that attracts incongruous and often conflicting regional and international influences, is acutely affected by the geopolitics of the world order. Israeli prime minister Benjamin Netanyahu has been quick to appreciate the advantages that a divided world could afford Israeli statecraft and in an instrumental realist fashion, he has seized upon the opportunities to bolster Israel’s position and to hedge against unwanted international pressures. Specifically, with regards to the Iranian nuclear threat, the malign Iranian-Hezbollah-Shiite regional buildup and the Palestinian conflict that stand out as first-order priorities for the prime minister, who also fulfills the position of foreign minister, thereby determining almost solely Israel’s foreign policy.

The long-established special security relationship between Israel and the United States and the growing convergence of regional policy issues under the Trump administration, empowers the Jewish state well beyond its intrinsic, independent measure. Accordingly, Netanyahu’s strategic orientation remains clearly anchored to the alliance with the United States.

The U.S. security assistance provided to Israel is a foundational component of the special relations that exist between the two countries. Even during periods of political disagreement, this security assistance has continued more or less uninterrupted. The U.S. foreign assistance to Israel, most of which has been in the form of military assistance, stands accumulatively at over $134 billion (current, or non-inflation-adjusted, dollars). Under the terms of the new Memorandum of Understanding (MOU) on military aid signed in 2016 and covering FY2019 to FY2028, the United States will provide Israel with an additional $38 billion in military aid.

This security assistance has enabled Israel to retain its regional qualitative military edge through the purchase of U.S.-made advanced weapon systems and munitions. Israel is currently the only Middle-Eastern country to operate the F-35 Joint Strike Fighter. This aid also provides Israel the ability to develop and appropriate its multi-tiered Ballistic Missile Defense (BMD) capability and to advance its anti-tunneling and subterranean fighting capabilities.

Though the U.S. security assistance is intended to help Israel defend itself by itself, it has the added value of being perceived in the region as including an American extended deterrence for Israel. Netanyahu is very cognizant of Israel’s dependence on the security relationship with the United States, and this part of the special relationship is continually and carefully nurtured, even in times of strained political relations.

From a diplomatic perspective, Netanyahu views the Trump administration’s policies towards the Middle East as an expression of converging American and Israeli positions regarding the region, especially regarding Iran and the Palestinian issue. This has further reinforced Netanyahu’s U.S. orientation and the centrality of the strategic alliance with the United States for Israel’s well-being.

Despite Israel’s security and diplomatic dependence on the United States, Washington’s abdication of a leading role in Syria has, in Netanyahu’s eyes, left Russia as an indispensable power-broker for restricting the Iranian presence and influence in Israel’s northern neighbor. This has elevated Moscow’s regional standing for Israel and has promoted a growing strategic relationship. Israel’s reliance on Russia with regards to Syria appears to be accepted by the Trump administration. The president seems to have raised this issue during his recent meeting with Russian president Vladimir Putin in Helsinki and referenced during their subsequent press conference, the achievement of safety for Israel from Syria as a joint U.S.-Russian effort.

Previous to Moscow’s Syrian intervention in 2015, Israel had an apprehensive perspective of Russian regional policies, especially regarding the Iranian nuclear issue and arms sales. Russian assistance was important for the development of Iran’s nuclear and missile programs and its willingness to sell advanced weapon systems to the region with no strings attached was of great concern to Israel, but it had very limited leverage with Moscow.

The Russian intervention in Syria changed the equation for both sides, necessitating a mutual need for closer strategic and tactical coordination. In essence, this coordination was designed to enable Russia and the Iranian forces and their proxies to fight on behalf of the Bashar al-Assad regime against the Islamic State and the other rebel forces while tolerating Israeli air-strikes against Iranian and Hezbollah efforts to turn Syria into an active front against it.

This has culminated in the Russians brokering a deal that sees the Iranian forces and their proxies withdrawing eighty kilometers from Syria’s border with Israel in exchange for the restoration of Damascus’ control over its territory in accordance with the 1974 separation of forces agreement (signed in the wake of the 1973 Yom Kippur War). This allows Russia to utilize the Iranian and Shiite proxy forces in the effort to re-establish al-Assad’s control of northern Syria while defusing tensions along the southern region. Russia will reportedly deploy its military police to outposts adjacent to the demilitarized zone along the separation line on the Golan and facilitate the return of the UN forces there.

Naturally, Israel would like the total removal of the Iranian and Shiite proxy forces from Syria but understands that, given the wider Russian interests, this is presently unrealistic. The deal, which decreases Iran and Hezbollah’s influence in southern Syria and reduces the likelihood of a direct conflict between Israel and Iran, comes at an opportune time for Israel given the continuous flare-ups in Gaza.

Netanyahu, who very much believes in personal diplomacy, has been cultivating his relations with President Putin who he has met nine times since September 2015, more than any other world leader including Presidents Obama and Trump. In support of these discussions, Israeli air-strikes against Iranian, Syrian and Hezbollah targets in Syria were a display of Israel’s ability to undermine the achievement of the Russian goals in Syria.

At a time of precarious relations between Israel and the EU regarding the Iranian nuclear deal and the Israeli-Palestinian conflict, Netanyahu has embraced the authoritarian leaders of Poland and Hungary along with the leaders of the Czech Republic and Slovakia that together make up the Visegrád Group (V-4), as well as the Austrian Chancellor, who are all opposed to the EU’s refugee policy. The aim of Netanyahu in cultivating his relationships with these leaders is to thwart the possibility of a unified anti-Israeli EU policy.

The V-4 countries, with Hungary playing a leading role, have succeeded in moderating EU declarations regarding the Israeli-Palestinian conflict or blocking them all together. Romania, Bulgaria, and Croatia also sometimes participate in these efforts. In May, Hungary, the Czech Republic and Romania successfully blocked the EU’s statement denouncing the opening of the U.S. embassy in Jerusalem.

From Israel’s perspective, the traditional European policies on the Palestinian and Iranian issues, steered by the liberal Western European nations and Brussels, are seriously biased and flawed. Exploiting inter-EU divergences to advance Israeli interests has produced some positive results. This, however, is not a risk-free policy choice. It can have spillover effects in the bilateral relations between Israel and the important Western European countries, such as the way they vote on United Nations Security Council resolutions dealing with the Middle East.

Netanyahu makes use of the desire of the East European countries for economic and technological cooperation with Israel as well as know-how in dealing with terrorism and improving border and internal security. For the nationalist-conservative leaders of Hungary, Poland, and Austria with their right-wing anti-refugee and anti-Muslim governments, good relations with Israel, especially given their lingering anti-Semitic pasts, provides a certain amount of international respectability and moral reputation, and possibly improves their standing in Washington.

Turkish assertiveness and hostility, the discovery of rich hydrocarbon deposits in the Eastern Mediterranean region, the threat of radical Islamic terror, and illegal migration have promoted the once frosty ties between Israel, Greece, and Cyprus. The growing strategic cooperation among the Eastern Mediterranean Alliance (EMA) between Israel, Greece, and Cyprus has great significance for the realization of Israel’s desire to become a gas supplier to Europe, thereby significantly improving its international standing and leverage.

Greece’s debt crises from 2010 have strained its relations with the northern EU members who insist on monitoring and limiting its economic policies. Athens is therefore eager to promote economic and foreign relations outside of the EU-dominated sphere. The concerns of Greece and Cyprus regarding the regeneration of Turkish regional aspirations, manifested by frequent violations of their air and sea sovereignty, has led them to partner with Israel to bolster security in the Eastern Mediterranean region.