It Would Be a Foreign Policy Faux Pas to Overlook Kazakhstan 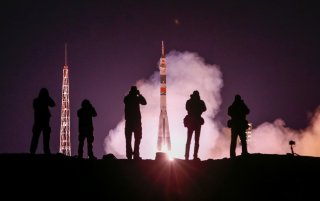 While Nur-Sultan may not be a place you can easily locate on a map, the location of the largely-underrated country of Kazakhstan has facilitated its significant economic success in the twenty-first century and positions it as a potential area of geopolitical importance for the West, strategically positioned between Moscow and Beijing. As the world’s fifth-largest country in landmass and the cornerstone to the New Silk Road and Trans-Siberian railroad, Kazakhstan has taken advantage of its crossroads to become a prosperous nation since its independence and will continue to move ambitiously into the future with economic, social, and political developments.

Underneath the semi-arid steppes of this country lies extensive hydrocarbon and mineral reserves. Kazakhstan is the world’s largest producer of uranium; home to the Baikonur Cosmodrome (the world’s first and largest space station); and the economic powerhouse of the vast region of Central Asia. Following the breakup of the Soviet Union and the independence of Kazakhstan in 1991, Kazakhstan established and maintained prudent economic partnerships and diplomatic relations between China and Russia. Economically, its vast mineral resources and location as a transit hub have made it attractive to its neighboring countries. Historically, Kazakhstan has maintained a balance of friendly relations between both the Chinese and Russian empires, who both consider this country to be within the realm of their respective “spheres of influence.” Russia pays Kazakhstan approximately $115M annually to lease land for the Cosmodrome, used for Soyuz space shuttles to transport astronauts to the International Space Stations, in addition to heavy investment in oil and pipelines. China also profoundly invests in its energy-industry as Kazakhstan remains a critical component of China’s Belt and Road Initiative, a massive infrastructure development project announced in Astana in 2013. The BRI Initiative has introduced a large influx of capital into Kazakhstan: for example, the rail and road infrastructure project in Kazakhstan is worth an estimated $5 billion through 2022. Similarly, despite the fact Kazakhstan is a predominantly Russian-speaking country and falls within the realm of Russia’s security and military apparatus, it has begun to purchase defense equipment from China. These are just a few examples of numerous evolving economic endeavors and trade partnerships between Kazakhstan and its neighbors to the North and East.

In the early 2000s, Kazakhstan undertook major economic reforms and made significant strides towards developing a market economy, which in turn produced a GDP that grew at a rate from 9–13 percent per year. In 2019, Kazakhstan’s GDP had a reported 4.0 percent growth and 3.3 percent five-year compounded annual growth at $26, 252—almost four times the GDP of neighboring Uzbekistan. Additionally, according to the 2019 Index of Economic Freedom, Kazakhstan is ranked twelfth out of forty-three countries in the Asia-Pacific and fifty-ninth for the global index, ranking well-above both China and Russia, who stand at one hundred and ninety-eight, respectively. In fact, its economy constitutes 60 percent of the GDP  of all of Central Asia. Accompanying GDP growth, Kazakhstan’s HDI grew 18.5 percent between 1990 and 2018, ranking the country “very high” in the human development index, positioning it at fifty out of 189 countries. In addition to all these advancements, Kazakhstan has also recently become an increasingly popular tourist destination. While tourism constitutes a relatively small part of its GDP at only 1.6 percent, it has plans to bring it up to approximately 8 percent by 2025 “by increasing its presence in the Chinese market and improving hospitality infrastructure.”

Unfortunately, however, as a member of the former Soviet Republic and enduring partner of Russia, Kazakhstan continues to struggle with corruption, rule of law, and an overdependence on the extraction industry that could discourage future investors. It has been criticized for its lack of human-rights developments and autocratic tendencies, especially considering the former President Nursultan Nazarbayev was in office for nearly thirty years. Nevertheless, Nazarbayev voluntarily resigned last year in 2019 and Kazakhs are slowly progressing in its human-rights agenda, as its people publicly denounce human-rights abuses in China, for instance. Newly elected President Kassym-Jomart Tokayev initiated political reforms in mid-2019 to loosen the rules for forming political parties, allowing greater freedom for public protests and freedom of speech. In addition, Nursultan began to diversify the economy in the years before he left office to reduce reliance on heavy metals and agriculture industry which is volatile to global economic shocks, and from there, efforts are expected to be continued by President Tokayev.

As Kazakhstan continues to economically and democratically progress to a greater degree than its Russian and Chinese counterparts, it has the potential to be further integrated into the Western international trade system that can influence it to enact enhanced democratic reforms and assist in the diversification of its economy. Secretary of State Mike Pompeo visited Kazakhstan in early February of this year and in a news conference warned Kazakhstan to be wary of Chinese investment and influence, especially in light of its human-rights violations against ethnic minorities. He praised Kazakhstan’s efforts in containing the coronavirus, its repatriation of Islamic State fights from Iraq and Syria, and for taking in Uyghur Muslim refugees from China. Altogether, Kazakhstan shares many common interests with the United States in foreign policy over Europe and Asia: it has worked with the United States to combat extremism in neighboring Afghanistan post–9/11, been involved in nuclear nonproliferation initiatives since the collapse of the USSR, and initiated the “Astana process” as an ambitious, albeit unsuccessful, effort to end the civil war in Syria.

Thus, as China and Russia both continue to retain control through economic spheres of influence in Kazakhstan, its economy will continue to benefit lest the two countries fall into direct confrontation with one another. Accordingly, the United States should look to this region as a strategic point of interest for leveraging investments and diplomatic ties in order to deter these two rising adversaries. While Kazakhstan is a member of the Eurasian Economic Union, CIS, and the Shanghai Cooperation Organization, it is also integrated into West European international organizations such as the WTO, OSCE, and the UN. It is not only a bridge between Beijing and Moscow but a potential connector between East and West. Kazakhstan has tactfully demonstrated an ability to sustain a multi-faceted foreign policy approach with external actors in Eurasia and can appropriately do so with America. With its booming economy and strategic location, it would be wise and mutually beneficial for the United States and Europe to heed more attention to this country.

Anya Gorodentsev is a program assistant with the Center for the National Interest and recent graduate of the University of Vermont.