Italy is the Key to Fighting ISIS in Libya 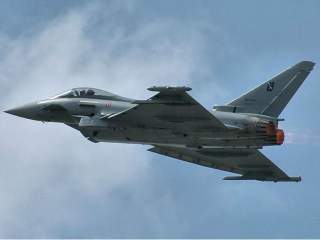 The ISIS buildup in Libya is undeniable. U.S. Commander General of Africa Command David Rodriguez testified to the Senate Armed Services Committee on March 8 that the Islamic State in Libya represents a serious and growing threat to the security and interests of America and its allies throughout the region.

While the United States, Italy and other coalition members continue to pressure Libyans to endorse a UN-brokered national unity plan, the same coalition members are starting to weave together plans for the “day after,” should a unity government be formed. Should such a government request international assistance, only hours or days will pass before more coalition forces will be on the ground, in the air and at sea. Among these coalition partners and throughout this buildup, Italy is bound to play a key role in the coalition. This is because of colonial ties, the influx of migrants that seek daily to cross the Mediterranean, the two countries’ geographic proximity and their shared economic interests.

While much has been made of U.S. plans, little is known about the role the Italians are playing and the assets they bring to the coalition. In January, Italy and the United States reached an agreement allowing American armed drones to fly from its Sigonella Naval and Air Station in Sicily, while over fifty Italian special operation forces were deployed in Libya two weeks ago. This is on top of the over forty Italian intelligence officers sent to Libya since July 2015, and the long-standing Italian presence on the ground, aimed at collecting human intelligence. More forces are expected in the weeks to come. The Italian contributions complement Washington's unrivaled convening power to seek a diplomatic path toward a unity government. Additionally, the United States has superior overhead imagery capabilities and the ability to carry out two-thirds of all precision strikes needed to counter ISIS.

Within this context, two different clocks are ticking: a diplomatic one to establish a Libyan unity government, and a military one to counter ISIS. The two are out of sync. Rome is unwilling to assume a leading role in Libya until a unity government is in place. Washington will not wait indefinitely to step up operations against ISIS. At the same time, the Italians are acutely aware that an ISIS stronghold in Libya would present a fundamental threat to their security. Equally, the Americans are reticent to further stretch themselves politically and militarily and would welcome strong Italian leadership. The diplomatic and military clocks must be aligned for Rome and Washington to effectively work together.

Italians and Americans should coordinate their efforts by playing “good cop, bad cop.” Rome should emphasize to the Libyans that forming a unity government would enable them to play a more proactive role in shaping the agenda of an Italian-led international engagement. At the same time, Rome should highlight that there is a limit to the extent that Italy can restrain Washington from escalating a military intervention beyond the control of all Libyan stakeholders. While continuing to support diplomatic efforts, the United States should up the tempo of its military preparations and surgical interventions. This would put pressure on bickering Libyans by showing them that they are running out of time to reach an agreement. Cajoling Libyans into forming a unity government would better align the American and Italian efforts to fight ISIS. Most importantly, it would give Libyans a say in the future of their country.

Matteo Garavoglia is the Italy Program Fellow at Brookings and a member of the Council for the United States and Italy. Leore Ben-Chorin is a Herbert Scoville Jr. Peace Fellow currently researching arms control and non-proliferation issues including the regional effects of the Iran nuclear deal.