It's the Mexican Economy, Stupid! 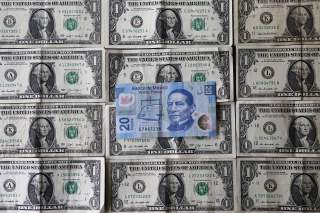 Since taking office last year, Mexican president Andrés Manuel López Obrador, popularly known by his initials “AMLO,” has reverted to the retrograde economic nationalism of his early political career. His efforts to reverse many of his predecessor’s wide-ranging reforms is bad news for the people of Mexico.

If AMLO remains on this policy course, the Mexican economy is likely to be further constrained by problems identified in the 2019 edition of the annual Index of Economic Freedom: low productivity, weak rule of law, corruption, and the costly inefficiency that always accompanies a large informal sector—which remains stubbornly large in Mexico.

President López Obrador began his climb to the pinnacle of Mexican politics in the left-leaning Institutional Revolutionary Party (PRI), which enjoyed seven decades of unchallenged one-party rule until the corruption fed by massive public spending and statist policies led to its 2000 defeat by the center-right, pro-business National Action Party (PAN).

During the long PRI dominance, Mexico was nicknamed the “Western Hemisphere’s USSR,” and the PRI’s authoritarian and repressive leaders were called “Dinosaurs,” labeled so out of touch with an ever-more-interconnected world that they should be declared “extinct.”

PAN’s rise in stature was fueled in part by University of Chicago-trained PRI technocrats. They saw the 1980s as a “lost decade” for Mexico, the result of the decisions of generations of PRI leaders who were highly effective Tammany Hall-style political bosses, but who couldn’t navigate the nuances of policy implementation.

Yet by the 1990s, after several rounds of brutal inflation/deflation cycles, even the PRI’s leaders recognized that things had to change: they authorized the technocrats to begin to make the changes that led to the negotiation of the North American Free Trade Agreement (NAFTA) and to the modernization of the Mexican economy.

The PRI that regained the presidency in 2012 under the telegenic “youngest dinosaur,” former President Enrique Peña Nieto, was a changed party. Peña Nieto embraced a wide-ranging reform agenda that included the heretofore untouchable energy sector, where he introduced reforms that opened Mexico’s entire energy supply chain to competition and foreign investment by companies bringing much-needed technology.

Unfortunately, the Peña Nieto administration was also deeply corrupt. Public outrage at that corruption weakened the PRI and led to its devastating defeat in the 2018 landslide victory of AMLO, whose populist MORENA party also won a substantial majority in Congress on promises of ending corruption.

Dedicated though he might be to fighting corruption, AMLO is just as unschooled in economic policy as were his political mentors in the 1970s. Since taking office, he has already implemented numerous regressive measures that will weaken economic freedom in Mexico:

— He rolled back a major reform of Mexico’s inefficient education system (enacted by his predecessor) that would have modernized the schools and loosened the grip of the massive and corrupt teachers’ union.

— Via a high-handed, nontransparent, capricious and authoritarian decisionmaking process, AMLO cancelled a 40-percent-completed, state-of-the-art international airport in Mexico City—at a cost to Mexican taxpayers of $13 billion—a move that roiled financial markets and the peso.

— Overruling his well-regarded Finance Minister, AMLO has also doubled down on state-owned, poorly managed, and financially fragile state-owned oil company Petróleos Mexicanos (PEMEX), which already is burdened with debt in excess of $100 billion, by building another oil refinery in AMLO’s home state of Tabasco at a cost of $2.5 billion.

Overall, AMLO seems determined to reverse all of Peña Nieto’s signature energy liberalization policies. That will have huge negative consequences, especially since U.S. capacity and investment in natural gas will be increasingly important for Mexico, as additional electricity generation and infrastructure will be vital to sustain economic growth.

Unfortunately for the people of Mexico, global financial markets have already rendered their verdict on AMLO’s reckless policies. Fitch and Moody recently downgraded Mexico’s credit rating. It is inevitable that Mexico’s Index of Economic Freedom scores on government spending and fiscal health will also deteriorate.

Mexico’s $2 trillion economy reflects the benefits of increased economic scores over the past two decades and greater international economic integration. For that progress to continue, the López Obrador government should continue and expand upon the reforms of its predecessor in the energy, financial, fiscal and telecommunications sectors with the long-term aim of improving competitiveness and economic growth across the economy.

James M. Roberts is a research fellow for Economic Freedom and Growth in the Center for International Trade and Economics, of the Kathryn and Shelby Cullom Davis Institute for National Security and Foreign Policy at The Heritage Foundation.