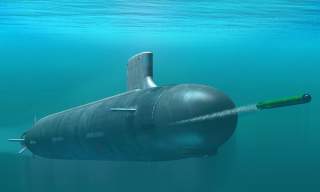 The recent revelation that Beijing has built large and numerous hangar facilities on its islets in the South China Sea is set to increase the temperature of the South China Sea cauldron yet again. I have argued before in this forum that these runway facilities are not that significant to the overall military balance, because any such airstrips (including ours in the region) are highly vulnerable to attacks by precision-guided munitions. In modern warfare, if the target can be seen, it can invariably be destroyed. Hardly any target is quite so visible as a runway and its related infrastructure. Strategists would be wiser to maintain focus on the undersea contest that has generally favored the United States and its allies.

As noted in a recent column, Chinese leaders are still far from satisfied with the capabilities of today’s Chinese submarine force. Just as important, if not more so, will be China’s continuing efforts to counter U.S. and allied submarines within any hypothetical military conflict. It is possible that the leading Western military estimates underrate China’s improving antisubmarine warfare (ASW) capabilities. Major developments in this domain over the last several years have included ramped-up production of the ASW-optimized light frigate Type 056A, finalizing of China’s long range patrol aircraft design GX-6, as well as the first confirmed reports of deployment of Chinese seabed sensors in selected areas. This edition of Dragon Eye seeks to elaborate on this picture by summarizing a July 2016 article from Shipborne Weapons (舰载武器), a publication of the giant Chinese warship building conglomerate CSIC, that reveals the new Chinese ASW missile Yu-8 (鱼8), complete with a picture of a test launch from a PLA Navy 054A frigate in the South China Sea.

Naturally, some strategists will logically ask: “What is an ASW missile?” And experts in Chinese military development will further query why a “missile" has the Chinese character designating “torpedo” character (鱼) rather than the characters for missile (鹰击)? The answer is that the weapon is a hybrid missile-torpedo that literally joins the two capabilities into a single weapon. The chief advantage of this arrangement, of course, is to vastly expand the range and speed of the torpedo system. Yet another advantage is that the attacking torpedo system would not likely be detected by a submerged submarine until it had plunged into the water relatively close to the intended victim, limiting the reaction time of the submarine’s crew for taking evasive action and deploying countermeasures.

To be sure, ASW practitioners will note that such systems are hardly novel since both the superpowers actively developed these systems from the middle of the Cold War at Sea onward. Indeed, a substantial portion of the Chinese article represents an analysis of the successes and failures of those Cold War systems. It explains that the United States pioneered this type of weapon in the early 1960s with the RUR-5A that could initially range out to a distance of ten kilometers—an improvement (at least with respect to range) over either depth bombs (深弹), ASW rockets (火箭助推深弹), or ship-launched ASW torpedoes (舰载反潜鱼雷.) Moscow’s earliest weapon in this domain, the SS-N-14 is also discussed, but this review suggest that Soviet naval planners quickly realized that the weapon “actually had no good use.” (并没有那么好用)

The analysis reveals the problem that “the requirements for localization are relatively steep, so that actual combat employment of the long range weapon is not easy...” It is observed that the U.S. Navy’s UUM-125 “Sea Lance” (海长矛) ASW missile with an effective range of 100 kilometers was discontinued during the 1990s due to high costs, and also the new focus of the United States Navy on “from the sea” (由海到陆) that emphasized littoral combat. The current U.S. Navy front line ASW missile, the RU-139, is given a low grade in this Chinese assessment. The Russian Navy’s “Cricket” (蝼蛄) SS-N-29 receives higher marks.

But our real interest, of course, is the new Chinese weapon and its origins. The article states in a matter-of-fact way that China’s ASW torpedo development has, for the most part, “European origins.” (来源于欧洲) However, the U.S. Mark 46 lightweight ASW torpedo is also mentioned and the reader may be surprised to learn that Washington exported such weapons to China during the 1980s, so this may be considered yet another instance of “blowback.” According to the CSIC analysis here, Chinese indigenously built torpedoes were already quite advanced by the 1990s, but sonar systems back then were not yet effective over long-ranges. “Over the last 20 years Chinese naval equipment technology has advanced rapidly . . . High performance sonars and ASW helicopters ensure medium and long-range [detection].”

It should be noted that the Yu-8 is actually not China’s first ASW missile and I briefly discussed the first generation missile, CY-1 some years ago, but this analysis observes that CY-1 “obviously could not meet the Chinese Navy’s requirements.” The article does not claim definitive information on the characteristics of the Yu-8, but offers the following projections. The missile is expected to be about five meters in length, and to weigh less than 700 kilograms. The range is said to be approximately thirty kilometers at a speed of Mach .9 to .95. The torpedo part of the weapon is estimated to be 324 millimeters in width and capable of detection (both passive and active) over 1.1 to 2.5 kilometers. The author suggests that an effort to increase the missile’s overall flight range to fifty-five to seventy kilometers should be feasible. Interestingly, the missile is apparently designed so that it can receive two targeting updates while in flight.

As stated above, one should not exaggerate the importance of this single missile system. In fact, the article hints in its conclusion that the system may be an attempt to remedy a long-time weakness in China’s ASW system: the inability of its ASW helicopters to heft multiple torpedoes. Thus, the author emphasizes the importance of helicopters transmitting targeting information to the ship launched Yu-8 ASW missile. Still, such incremental improvements in Chinese ASW capabilities should not be dismissed either. Taken together with other developments in Chinese ASW, whether the unveiling of the new sea-based sonar arrays in the past few years or the scheduled rollout of two new types of ASW helicopters in the coming years, Beijing’s broad effort to limit Washington’s undersea superiority must be studied with the utmost vigilance.