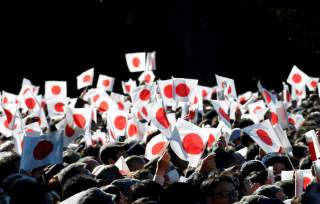 Yet, there are at least two sets of problems that this gap could raise. First, there is a risk that perceptions of Japan as a globally active security actor in the world could somehow confirm the allegations of Japan’s re-militarization by critics. Second, looking at a totally different audience, the predominance of the Global Japan image could generate excessive expectations about Japan’s political and security role in the world—but as long as the Japan First camp remains a formidable rival force, such expectations will be left unfulfilled and could lead to disappointment.

The policy competition between the Japan First and Global Japan camps characterizes the state of foreign and security policy debates in Japan and it will remain so for the foreseeable future. While predicting the future direction can never be an easy task, the situation where the Japan First views are likely to prevail is set to continue despite all the rhetoric and achievement of Abe’s global diplomacy and “proactive contribution to peace.” This is a good news for some, but bad news for others.

Michito Tsuruoka is an Associate Professor at Keio University, Japan. He was a Senior Research Fellow at the National Institute for Defense Studies (NIDS) until 2017.