Is Japan's Economy Headed for Collapse? 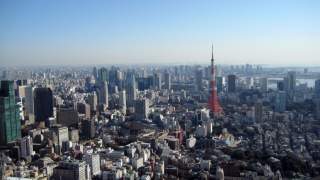 Japan was once known as the land of the rising sun, but more recently it has become known as one of the worst-managed economies in the world. The lost decade of the 1980s has extended into lost decades, with subpar economic growth and a declining population among the list of accomplishments.

Most economists measure Japan’s malaise in the realm of public finance. Japan has the worst public balance sheet in the world. The total public debt in Japan equals more than 200 percent of GDP. From 50 percent in 1980, the country’s total public debt as a percentage of GDP has quadrupled and will reach 227 percent by the end of next year, according to Japan’s Ministry of Finance.

By comparison, the U.S. public debt is now at 100 percent of GDP, Greece is 180 percent, Italy 160 percent and austere Germany is at 80 percent of GDP. The average for members of the OECD is 111 percent. So in basic terms, per unit of gross output, Japan has twice as much public debt as most other large industrial countries. And because tax revenue and economic activity are so anemic, Japan is actually spending 200 yen for every 100 yen received in taxes. The deficit is made up via new debt sales, an increasing proportion of which is being purchased by the Bank of Japan.

So given this cheery situation, how is it that Japan has not already defaulted on its debt, a la Argentina? The short answer is that Japan funds its public-sector shortfalls internally, while Argentina is dependent upon foreign capital inflows to finance its fiscal dissolution.

Global speculators such as George Soros and Kyle Bass have been predicting a fiscal and economic apocalypse for Japan for years. Bass, who made a killing by betting against the subprime bubble, has been wrong on Japan since at least 2010. Japan’s economy is a mess, no question, but Bass and other speculators err in assessing the country’s probability of default as though Japan were a private company. Like Italy, Japan funds its public debts and deficits internally, a key aspect of the situation that global speculators such as Bass have missed.

In May 2012, Joe Weisenthal described how Japan funds its huge deficits internally in Business Insider, “Kyle Bass's Most Famous Trade Is A Disaster, And It Is Never Going To Work Out”:

“This is the key idea that Bass is missing, and why his trade is never going to pay off. For a country that borrows in its own currency, government spending finances borrowing! If Japan spends 100 billion yen on something, that's 100 billion yen out there in the world that will eventually wind up in a financial institution, where ultimately 100 billion yen worth of [Japanese government bonds] JGB will be purchased. It's the same with the United States of course, and it's this idea that Bill Gross didn't get when he famously asked: Who will buy our debt after QE2 runs out? It caused him to get crushed on the Treasury boom of 2011.”

This is not to say that Japan is not having economic problems. With GDP forecast to be just over 1.3 percent this year, the world’s third largest economy is showing signs of accelerating atrophy, both in terms of falling economic output and its shrinking population. The Economist noted this past March:

“Japan's population began falling in 2004 and is now ageing faster than any other on the planet. More than 22 percent of Japanese are already 65 or older. A report compiled with the government’s co-operation two years ago warned that by 2060 the number of Japanese will have fallen from 127m to about 87m, of whom almost 40 percent will be 65 or older.”

Across the Sea of Japan, neighbors such as China and Korea are growing both GDP and population several times faster than Japan, a worrisome fact given the nation’s shrinking populace. Indeed, the reform government of Prime Minister Shinzo Abe is said to be considering allowing immigration of up to 200,000 people annually to help stabilize the population around the 100 million mark.

Despite the gloomy statistics, there are some analysts who believe that Japan is actually in the midst of a slow but steady rebound led by the Abe government. Last year, Abe launched a three-part program—the “three arrows”—comprised of fiscal stimulus, quantitative easing and structural reforms to slowly change Japan’s growth prospects. The first two components are fairly conventional policy responses that have seen little success in the United States or Japan, but the third component of structural reform may actually work if the Abe government can avoid the traditional pitfall of Japanese politics, namely scandal.

“Many of Abe’s ideas were oversold at first, but the keys to the future are corporate tax reforms and structural changes in the labor market,” argues economist Roger Kubarych, who, until last year, was National Intelligence Officer for Economic Issues at the CIA. He previously worked at the Federal Reserve Bank of New York and for the legendary economist Henry Kaufman. He made the case in an interview for this article:

“The Japanese have much better corporate governance than in the US and they are slowly addressing structural issues in the economy,” he continues. “The success of the Abe plan will take time, but many foreign observers in finance and academia err when they believe that Japan is not dealing with its structural problems.”

With respect to the issue of public debt and deficits, Kubarych argues that the Japanese would rather own bonds with low coupons than pay taxes. He says that the average Japanese distrusts government officials and prefers to see their money in government bonds than pay higher taxes to subsidize socialist agendas. This view, he asserts, is precisely the opposite of that of the citizens of nations such as Germany, who tolerate very high taxes and have governments that subsidize uneconomic social programs. Indeed, Germany is actually pushing public debt down as a percentage of GDP.

Over the medium term, Kubarych expects to see “Abenomics” result in lower corporate taxes and higher personal and consumption taxes. The consumer, after all, is where the money is, a basic fact of economics that seems to hold true in nations around the world. Whether Abe or any Japanese leader can really arrest the secular pattern of national decline that currently seems to grip Japan, however, seems to remain an open question.

James Lucier, a principal at Capital Alpha Partners in Washington and a long-time observer of Japan, puts the challenge facing Abe in sharp focus. “Japan has been coasting on several generations of accumulated savings,” he noted in an interview for this article, “but now with the threat from China and the failure of Washington to maintain its security commitment to the region, Japan sees economic recovery as a matter of national survival. The menace from China is the most serious threat to Japan since the failed Mongol invasions in the 13th Century.”

But the real significance of Abe’s reforms is political, says Lucier. A combination of tax cuts and an eventual free-trade agreement with the United States will help to accelerate economic reform, but the political changes begun by Prime Minister Junichiro Koizumi (2001-2006) are more significant. “Koizumi began the process of political reform. Abe’s third-arrow-program agenda is not well understood in the West,” Lucier notes. “Abe is clearly planning on a second term, when he will accelerate the economic reforms and also continue the evolution of Japan’s political system into a modern state.”

Western observers who are predicting the failure of Abe’s reform program or Japan’s default on its debt should be cautious. Time in Japan is measured in decades and centuries rather than months and years as in more hasty Western societies.  The process of change in Japan’s economy and polity begins with the economic crisis of the 1980s, but will take another decade or more to show real results.