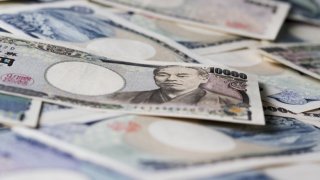 The Bank of Japan must have felt the pressure to shift its policy direction and implementation. It certainly delivered with Wednesday’s policy announcement.

Some things remained the same, including the bank’s experiment with negative rates. But the BoJ stepped away from its previous method of implementing quantitative easing, and shifted its focus to “yield-curve targeting.” This sounds far more complicated than it really is. In essence, the BoJ committed to maintaining the ten-year yield on Japanese government debt at 0 percent. Doing so requires the continuation of government bonds purchases, except now executed in a more objectively oriented manner.

Guidance regarding the length of the newly announced easing, the statement made it clear that the BoJ would do so until inflation rises sustainably above its 2 percent target. Critically, this removes the previous methodology of expanding the monetary base (printing money) by a specific target per year, replacing it with a more flexible framework. If there is little upward pressure on yields, it warrants a lower amount of bond purchases. If upward pressure begins to emerge, the purchases would accelerate.

Combined the commitment to overshoot its inflation target, the BoJ stated it would attempt to push observed inflation above 2 percent “at the earliest possible time.” The design is an effort to increase expectations for inflation and break the ingrained deflationary mindset in Japan. By using “observed inflation,” the BoJ indicated it wants to see prices rise, not simply expect it.

Will yield-curve targeting work? If history is any guide, yes. Or, at least, it is a sustainable proposition. Even the United States has experience with targeting the yield curve. The Fed did so as the country emerged from World War II, and it effectively capped rates for the better part of a decade. In the U.S. experience, yields did not breach the yield curve targets, and there were few hiccups in the execution of the strategy. Essentially, the BoJ is taking a page from the Fed’s playbook that is a half-century old.

This should assuage the fear of the BoJ was out of bullets. Since it is now explicitly targeting the yield curve, the options for additional stimulus range across the yield curve. It could lower the short-term rate to be more negative, it could lower the long end of the curve, or it could do both. In essence, the BoJ now has the entire curve to explicitly manipulate, and can do so quickly.

There are certainly risks. As one dissenting vote stated that the bank may need to accelerate its government bond purchases, and this was not appropriate in their opinion. It is true that the strategy may cause the BoJ to expand the monetary base more quickly. In terms of accomplishing its greater-than-2-percent target, this may not be an adverse scenario.

Another rebel vote was concerned about the commitment to overshoot inflation, stating that it was not a realistic target. This is probably true. The unrealistic nature of the target was likely part of the point, telegraphing the near perpetuity of the easing without explicitly stating it.

Monetary stimulus in Japan is not going anywhere. The BoJ broke new ground for the current easing cycle by committing to target the yield curve and overshoot its inflation target. This may inspire other central banks to try similar tactics, especially in Europe. The BoJ has committed to undertaking monetary stimulus for a very, very long time. Japan’s perpetual easing has only just begun.