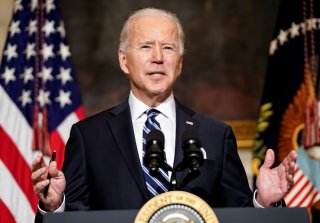 As the Biden administration takes shape, important changes are taking place in Central Asia that offer new opportunities for U.S. interests in the region, including for U.S. companies. The radically reduced U.S. troop footprint in Afghanistan has changed America’s strategic calculus in Central Asia. In 2011, when I served as Assistant Secretary of State for South and Central Asia, one of the principal drivers of our policy was to develop the Northern Distribution Network as an alternative route to Pakistan to deliver supplies to the one hundred thousand troops we had stationed in Afghanistan. Today the much-reduced number of U.S. troops means that the United States can focus much more on Central Asia on its own merits.  But as Central Asia now competes with other regions of the world to attract investment and resources, its countries must also focus more on making Central Asia an attractive region for investors.

Several positive trends are shaping new opportunities in the region. These include:

While there have been some improvements in democracy and governance such as the steady progress Uzbekistan has been making to reduce forced labor in the cotton harvest, and the Kyrgyz Republic’s relatively open political system, the region remains susceptible to the authoritarian capitalist model that China seeks to promote, both globally and in its backyard.

Likewise, progress towards opening new trade routes from Central Asia to the Indian Ocean region has been spotty at best.

As the new Biden administration takes shape, we should expect considerable continuity in our policy toward Central Asia with some important opportunities for new engagement. Since the break-up of the Soviet Union, the United States has consistently sought to support the sovereignty, independence, security, and prosperity of the five Central Asian countries to reinforce our interests in countering terrorism, nurturing regional stability, promoting energy security, and enhancing both prosperity and opportunities for U.S. business.

The Biden administration will have early opportunities to reaffirm these broad contours and signal our continued strategic interest in the region.  A good first step would be for Secretary of State Blinken to arrange a Zoom engagement with his Central Asian foreign minister counterparts.  That would provide the opportunity for Secretary Anthony Blinken to:

The Biden administration will also have the opportunity to promote more vigorously two lines of effort of new significance:

The first is climate diplomacy.  As the world prepares to attend the next global climate negotiations in Glasgow in November, the EU, China, and several other major economies have announced ambitious plans to reach net-zero emissions by the middle of this century and develop ambitious Nationally Determined Contributions (NDC) to present at Glasgow.

President Joe Biden’s Special Climate Envoy John Kerry already has signaled America’s intention not only to develop its own ambitious NDC, but also to work with the UN and like-minded countries to encourage each to make their own ambitious commitments.  So each of the Central Asian countries should expect renewed pressure for them to scale up their ambitions.  At the same time, the United States should provide financing for our companies to scale up a greater reliance on renewable energy and smart city technologies to help Central Asia reduce its greenhouse gas emissions.

A second opportunity will be for the United States to scale up COVID-related diplomacy. Biden’s nominee to head USAID, Samantha Power, signaled her own strong support for this idea in an article she wrote in Foreign Affairs in January.  Bilateral dialogues will determine the exact nature of how we can help.  But assistance could range from technical assistance from the Centers for Disease Control and Prevention office in Almaty and other experts in each of our embassies; to helping scale up vaccine availability as the United States rapidly meets its own needs.

While U.S. domestic matters rightly occupy the Biden administration’s attention now, it would nevertheless do well to seize early opportunities for engagement with Central Asia, where regional developments and U.S. interests intersect in new ways.

Robert O. Blake, Jr. served as Assistant Secretary of State for South and Central Asia from 2009-2013, and has also been US Ambassador to Indonesia and Sri Lanka and the Maldives. He is a senior director at the Washington DC-based global strategy firm McLarty Associates.