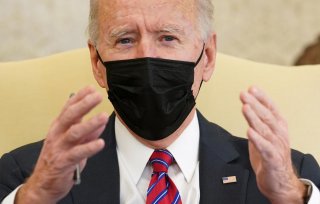 The majority of direct funds pumped into the pockets of Americans under President Joe Biden’s coronavirus relief proposal for $1,400 stimulus checks would sit in household savings, according to an analysis conducted by the Penn-Wharton Budget Model (PWBM).

PWBM estimated that the relief payments would offer only “small stimulative effects,” as 73 percent of the checks would be directed to household savings, while the remaining 27 percent of the relief would go toward increased consumption.

The group analyzed how different income levels would spend the government funds under an additional relief package and the propensity for households to either consume or save.

“The important thing with the savings is whether it leads to investment in real capital,” Richard Prisinzano, Director of Policy Analysis for PWBM, said in an email interview. “From the 2020 data, we don't see an increase in real investment ([versus] pre-recession). If there were higher investment, there would be higher GDP.”

Although PWBM didn’t conduct the same analysis for the previous stimulus checks, the U.S. Bureau of Economic Analysis data revealed that the personal saving rate jumped to 33.7 percent in April 2020, when the Cares Act first passed and sent $1,200 direct payments to millions of Americans. The personal saving rate was at 12.9 percent in March 2020.

“On that basis, I am very skeptical that more unconditional transfers to the general population (even excluding the affluent) will have a large expansionary effect on the economy,” Martin S. Eichenbaum, an economics professor at Northwestern University, said in an email interview, referring to the personal saving rate.

Biden’s proposal offers $1,400 direct payments per person, but his administration didn’t specify income eligibility requirements. Under Democrats’ current plans, the check would begin to decline at $75,000 for individuals and couples making $150,000 a year.

Congressional Republicans and even some moderate Democrats have in recent days sounded the alarm over pumping additional stimulus checks into the economy, arguing that it would give financial assistance to affluent Americans who may not need it. Instead, they’ve pushed targeting lower-income households who are in the most economic turmoil.

The White House has, however, suggested openness to narrowing eligibility requirements of the stimulus payments but offered no indication of lowering the amount.

Some economists have pressed for other provisions like increased unemployment insurance and aid for small businesses to carve the path for a more immediate economic recovery.

“However, I am very supportive of increasing help to people who are unemployed and businesses that [are] trying to bridge the gap between the current situation and the post-covid—vaccine world,” Eichenbaum said. “The issue is not the deficit per se. It’s about adopting an aid package that maximizes the bang per ‘buck’ and actually works.”

“Our goal is to show the tradeoffs associated with any proposal,” Prisinzano said. “In this context, that tradeoff is an increase in GDP in the near term versus a slight decrease in GDP due to extra debt in the longer run.”