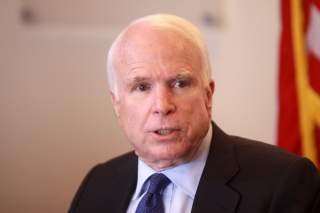 Australia is one of America’s closest allies in the world. It has fought with America since World War I. In addition, Australia is one of only four nations in the “Five Eyes” program that are privy to special access to U.S. intelligence. And when Washington and Canberra have disagreements, they aren’t usually serious; in any event, they are kept under the radar and addressed through private channels.

That is why President Donald Trump’s reported berating of Australian prime minister Malcolm Turnbull is so distressing. According to the Washington Post, the reason why President Trump was so upset with Prime Minister Turnbull was because he thought the Obama administration and the Australians were boxing him in and forcing him to take in roughly 1,200 predominantly Muslim refugees who were living in squalid conditions on Nauru and Manus Island. That, of course, wasn’t the reality; the refugee deal hashed out between the United States and Australia doesn’t commit Washington to do anything with these refugees other than grant them expedited interviews for potential refugee status. Ultimately, U.S. officials would make the determination on whether any of them would be admitted into the country.

Now Sen. John McCain has waded into the dispute by calling Australia’s ambassador in the United States in order to smooth over the matter. The statement released by McCain’s office stated that the call was meant to express America’s “unwavering support for the U.S.-Australia alliance” and to ask Australia’s ambassador to tell his government that the American people value the friendship with the Aussies and consider it one of the most important friendships that America has ever had.

McCain, however, isn’t the president of the United States, nor should he act like he is. The militant foreign policy that he espouses was rejected by the American public when he ran for president in 2008. And it was, in a very real sense, rejected again by Republican primary voters in 2016, when his fellow senator Lindsey Graham flamed out as a presidential candidate.

Certainly Congress and the legislative branch have a vital responsibility in crafting U.S. foreign policy; as a senior member of the Senate, McCain has the status and pull to influence the debate on Capitol Hill. Yet by going out of his way and calling a representative of a foreign country, what McCain did was go above the commander in chief’s head and essentially anoint himself as the chief diplomatic representative of the American people. That isn’t his job; he’s a U.S. senator, not the country’s chief diplomat, chief defense official, or commander in chief.

If the senior senator from Arizona wants to have an impact on U.S.-Australia ties, he could introduce a Senate resolution reaffirming the special bond that Washington and Canberra have had throughout history and pledging even greater cooperation in the future. Every Republican and Democrat would likely sign it, and it would put the Senate on record that the United States is much better served standing alongside Australia than standing without it. Or McCain could simply have declared his perturbation with Trump publicly—or called him privately and expressed his concerns. All of this would have been fully legitimate. Trying to act as though he is the de facto American president, however, is not.