John Mearsheimer and the Future of the Damaged Liberal Dream 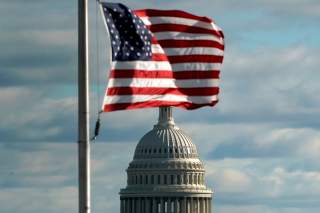 John Mearsheimer is an intrepid thinker whose distinguished body of work has the virtues of intellectual honesty and fearless courage. He pulls no punches, is unafraid in questioning various pieties. With his latest book on the great delusion that is liberalism he has written a polemic that scores many effective points against the “liberal interventionism” of the recent past. He skewers a set of policies that have brought great woe to the peoples of the Greater Middle East, with results injurious both to them and to the United States. He likens these policies to the sort of social engineering analyzed by James Scott in Seeing Like a State, a practice the obnoxiousness of which is easily seen by Americans when done by others, less easily detected when done by themselves, but nevertheless undoubtedly pernicious in its wanton use of violence and its totalizing tendencies (185–187). In Mearsheimer’s view, the Bush Doctrine epitomizes the liberal mentality in foreign affairs, the seemingly insatiable desire to bring democracy and human rights to all four corners of the globe. Against these and other “liberal” impulses he counterpoises the need for “realism.” There is no entry for neoconservatism in the index to The Great Delusion, but what Mearsheimer means by liberalism is a pretty good proxy for what came to be identified with neoconservatism in foreign policy—that it is America’s national mission and security imperative to plant human rights and democracy across the globe. So the essential strategy of the book is to discredit neoconservatism by pilloring liberalism. While I concur with the objective, I bemoan the strategy.

In the great foreign-policy argument, Mearsheimer is among the restrainers, as is this author. But I want to make the case that the version of realism he proffers, in the name of restraint, is seriously defective and cannot form the basis of the alternative foreign policy we need. Instead of the hard-nosed realism he recommends, with its insistence on selfish interests, power maximization, and the weakness of norms, we need a conception of the national interest that respects international norms. We need a return, I shall be arguing, to the political truths once embedded in the liberal tradition, but of late forgotten by liberal interventionists and neoconservatives alike. Mearsheimer wants to savage liberalism; I want to salvage it. He thinks we are in trouble because we have fulfilled it; I think we’re in trouble because we’ve abandoned it. He thinks that realism is the opposite of liberalism; I think that liberalism in its origin and development incorporated rather than repudiated basic realist insights about the role of power in human history.

Of all the “isms” of contemporary political speech, liberalism has proven to be the most malleable. On college campuses today, liberalism is often equated with social justice warriors who see an ideology of white supremacy lurking everywhere within the hallowed halls of academe, though the older liberals among the professoriate are generally appalled by the new intolerance. In international financial circles, liberalism means free capital movement and minimal tariffs on traded goods, reflecting the policies that emerged in the 1990s, but which were quite different from previous “liberal” understandings in salient respects. When conservatives denounced liberalism in the 1980s and 1990s, as before, they were condemning the high taxes necessary to fund the welfare state or regulations to repair the environment or the workplace, but in any case throwing shade on the legacies of the New Deal and the Great Society; today, liberalism (certainly neoliberalism) is most often associated with the interests of capital, not labor. Mearsheimer, as we have seen, identifies liberalism with the Bush Doctrine, and also with “humanitarian intervention,” but for the last fifty years it was more often identified with McGovernism or Carterism, symbols to most conservatives of a weak and feckless foreign policy. One great liberal, Lyndon Johnson, was the architect of the Vietnam War, but the liberals hated by Richard Nixon were part of the New York commentariat who came to despise the war. In 1972, liberalism was parodied by conservatives as embodying “acid, amnesty, and abortion,” to say nothing of “free love,” but back in the nineteenth century it was as likely to be associated with sexual repression, as the strange cases of John Stuart Mill and William Gladstone attest. (I forbear to describe the heart-rending details.)

These recent ideological somersaults, in which liberalism seems weirdly to embrace opposites and contain multitudes, should not be especially relevant to Mearsheimer’s overall project, which is to dissect liberalism to its foundations. He identifies with Louis Hartz’s The Liberal Tradition in America in its argument that the United States has been the quintessential liberal polity. Mearsheimer gives an account of it in which individualism is the be-all and end-all, with no conception of the common good conceivable and with rights that are inalienable, illimitable, and universal. This leads him into some very problematic assertions, as in his claim that “the first problem with liberalism is that it wrongly assumes that humans are fundamentally solitary individuals, when in fact they are social beings at their core.” But liberalism did not assume that. It assumed that solitary man in a state of nature would find life nasty, brutish, and short, with Thomas Hobbes, or in want of a mechanism to peacefully resolve disputes, with John Locke. For both, man in his natural state was inevitably encased in a social situation. In such a situation, radical individualism was an impossible solution: something had to be given up, in order to secure the rest. What is significant about that starting point is that it put survival above virtue in considering the ends of the commonwealth, separating it from the teachings of antiquity and the church. But the initial assumption of a state of nature was made in order to show its limitations, as Hobbes and Locke went on to demonstrate. The political problem became whether freedom was best served by too much or too little power in the state. Too little might expose the commonwealth to external and internal marauders, but too much could become oppressive to the people.

Nor was liberalism incompatible with and hostile to nationalism, as Mearsheimer repeatedly declaims. In its pure form, he writes, liberalism makes no room for national loyalty. Instead of exploring this historically, Mearsheimer constructs a social-science theory called liberalism and from this deduces an unvarying hostility to nationalism. In its historical development, however, liberalism was closely associated with nationalism. Mearsheimer appears to recognize this in citing David Armitage’s account of the independence declarations begun in 1776 and widely imitated thereafter, as nations struggled in agonies of independence, but it plays no role in his theoretical construction called liberalism. In his conception, liberalism is invariably at war with nationalism. But such a view can hardly be squared with what historical liberals believed. Taking the American branch as Franklin Roosevelt thought of it, descending from George Washington and Thomas Jefferson to Abraham Lincoln and Woodrow Wilson, the commitment to liberalism was hardly deemed incompatible with love for the nation. One might love one’s country for many reasons, but a favored one in America was to do so because the republic guaranteed those immortal rights and seemed thus to carry the fortunes of human freedom. That’s why Lincoln loved it, as he memorably wrote in his eulogy of Henry Clay. Yet Mearsheimer can write that “civic nationalism is not a useful concept.” Honest Abe thought it was. Jefferson thought it was. Hamilton, too. That it always stood alongside a sense of communal identity, of Americans as a people, does not deprive it of its existence or its attraction.

What Mearsheimer is really describing as liberalism is not liberalism as it was, but a militarized cosmopolitanism that, in its relationship with nationalism, is profoundly different from previous versions of liberal internationalism and the broader society of states tradition. Cooperation among nations for the purpose of securing their mutual independence was the way that Woodrow Wilson and Franklin Roosevelt saw it. The idea wasn’t to meld the nations into one homogenous mass, but to secure them in their freedom and independence. In Mearsheimer’s conception, liberalism always had these nationality-destroying ambitions within it, but only with unipolarity in the New World Order could they finally find release. That account misleads in vastly underestimating the real change of objectives that took place under the auspices of “neo-liberalism” and “neo-conservatism” (the two great ideas of the 1990s, initially competing, which seemed to undergo a mind-meld over time).

In his analysis of liberalism, Mearsheimer begins with the distinction between “progressive liberalism” and “modus vivendi liberalism,” following John Gray’s Two Faces of Liberalism. This discussion of the best domestic policy for the liberal state, whatever its other merits, is not to the point in assessing the liberal conception of foreign policy and international relations. Mearsheimer’s reconstruction of liberalism focuses on the rights of individuals, ignoring states, and thus entirely effaces the central international distinctions that liberal thinkers drew. It is as if the law of nature and of nations never meant anything to liberalism, when in its historical etymology it was most closely identified with it. We learn nothing from Mearsheimer of Hugo Grotius, Samuel Pufendorf, or Emer de Vattel, nothing of the importance of the law of nations to America’s Founders and to many (but not all) U.S. leaders that followed. These silences should not obscure the point that liberalism had a well-developed international theory, which put the rights of states and nations at the center. Michael Doyle expresses a key part of it, in a formulation Mearsheimer cites much later in the book: states have a right to be free from external intervention. That postulate did not put liberalism at war with nationalism, but mostly in alliance with it. Nations were to be self-determining. Liberals generally thought that was grand. Liberal opinion could, of course, also be divided: a central conundrum of international liberalism was whether the right to non-intervention held most for states or nations. Both views registered the fundamental right of independence, but this could set them at odds in particular circumstances. Mearsheimer takes cognizance of the distinction between the state and the nation, but does not explore the arguments among liberal thinkers over its significance in law and diplomacy.