Jordan's Stability Is Threatened by America's End of Refugee Support 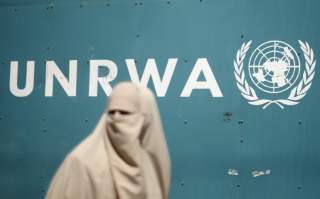 International development advocates were horrified when the United States announced in late August that it was ending its support for the United Nations Relief and Works Agency for Palestine Refugees in the Near East (UNRWA), an organization that provides social services to Palestinian refugees throughout the region. The United States previously served as the largest single contributor to the organization, giving roughly $360 million in 2017. Furthermore, the Christian Science Monitor reported that unless UNRWA can make up its $217 million budget shortfall by the end of the month, “it will be forced to stop all services in October, closing its schools and health centers.”

America’s decision to cease its funding of UNRWA is mostly a political one. While the Trump administration desires to broker a peace deal between Palestine and Israel, President Trump’s overt support for the Israeli position has made many Palestinians weary of negotiation and fearful that America is not a neutral arbiter in the dispute. By eliminating American contributions to UNRWA, President Trump hopes to incentivize the Palestinians to accept a less-than-favorable settlement by leveraging promises of future financial support in the event of an agreement. While the President's son-in-law and Middle East envoy Jared Kushner believes these punitive measures will force Palestine to the table, Palestinian leadership appears unpersuaded by this tactic.

Moreover, the Trump administration anticipated that its decision to terminate funding for UNRWA would hurt Palestinians, but they may not have foreseen the harmful consequences it would have for America’s Middle Eastern ally Jordan. Jordanian monarch King Abdullah recently spearheaded efforts to drum up international support for UNRWA due to concerns about the effects the program’s collapse would have on the two million Palestinian refugees living in Jordan, particularly the 370,000 currently residing in official refugee camps. America’s decision to withdraw support for UNRWA leaves Jordan vulnerable to severe social and economic woes that could do it significant harm.

Jordan has long been an essential ally to the United States in a region where reliable friends are hard to come by. Jordan supports American counterterrorism efforts by housing American troops, providing access to crucial air bases, and engaging in robust intelligence sharing. As the Center for American Progress concluded, “The United States has no closer Arab counterterrorism partner than the Hashemite Kingdom of Jordan.” Furthermore, Jordan is reliably anti-Iran and strongly opposes the presence of Iranian-backed militias in the region. Jordan’s role as a moderate, stable ally at the crossroads of the Levant is also important, as it gives America a military presence along the borders of Syria, Saudi Arabia, Iraq, and Israel and the West Bank.

Jordan is also essential due to its outsized role in housing Syrian refugees. Jordan is home to 658,000 registered Syrian refugees, and the Jordanian government estimates the total number of refugees at 1.4 million. One problem is that the overwhelming majority of these refugees live well below the poverty line and their influx has significantly strained Jordan’s social services budget. In addition, the increased number of refugees has led to spikes in unemployment, depressed wages due to an over-saturated labor market, and sparked widespread economic anxiety among Jordanians. Still, Jordan remains committed to administering assistance to Syrian refugees and has been an essential actor in managing the humanitarian refugee crisis.

Should UNRWA scale back or eliminate its services to Palestinians in Jordan, refugees who rely on the crucial health care and education services provided by the agency will suddenly be left to fend for themselves. In Jordan alone, UNRWA reports that it, “provides basic education to over 118,500 students at 174 UNRWA schools,” provides services to thousands of Palestinians with disabilities. UNRWA clinics also serve over 1.1 million Palestinians each year, many of whom have little to no access to the Jordanian healthcare system. Additionally, UNRWA provides microfinance loans to Palestinians in Jordan, dispersing $14.24 million in loans in 2015 alone. Any disruption or decrease in the quality of these services caused by a lack of funds would dramatically worsen the economic conditions of Jordan’s Palestinian population.

Amman can try to shoulder the cost of providing services to its beleaguered Palestinian population, but doing so will only exacerbate its already fragile economic state. Jordan is plagued by a massive debt crisis and will be hard-pressed to create and administer an entire social services structure without exacerbating this problem. Amman attempted to impose economic austerity measures to address the crisis, but widespread protests against a proposal to increase taxes led to the resignation of Prime Minister Hani Mulki, and recent attempts to pitch debt-reduction measures have been met with similar reactions. With Jordan’s economy already struggling to accommodate its Syrian refugee population, the Hashemite Kingdom will have difficulty bearing the increased cost of caring for its Palestinian residents should it fail to secure adequate funding for UNRWA.

However, Jordan may suffer significant social costs if it is unable to provide adequate services to its refugee populations. If Palestinians perceive Jordan as unwilling to properly provide services to those refugees to whom it has denied Jordanian nationality, long-simmering tensions between Palestinians and native Jordanians could boil to the surface. Similarly, growing hostility towards refugee populations could emerge should native Jordanians begin to perceive Palestinian and Syrian residents as drains on Jordan’s economy and contributors to the mounting national debt.

Jordan has long stood as an example of stability in an otherwise tumultuous region. However, between the economic anxiety surrounding Jordan’s unemployment and debt crises and the high number of former Islamic State militants returning to Jordan, there is reason to fear the long-term prospects of Jordanian civil society. The number of Jordanians who believe their government does all it can to serve its people has fallen to 35 percent, down from nearly two-thirds of the population in 2011.

Jordan’s Foreign Minister Ayman Safadi warned that the disruption of UNRWA services, “will consolidate an environment of despair that would ultimately create fertile grounds for further tension,” and these fears should not be taken lightly. While the Trump administration believes its cuts to UNRWA will weaken the resolve of the Palestinian people, the inverse is in fact true. The more Palestinians find themselves denied access to quality education and unable to improve their economic standing, the discontent with regional and global power structures that seem unconcerned with their well-being will mount. This means those individuals are more likely to seek radical solutions to the entrenched problems of the status quo, including joining violent extremist groups. The longer such problems persist in Jordan, the more America’s closest regional counterterrorism partner will begin to resemble a breeding ground for terrorism as opposed to a stalwart ally in the struggle against it.

Not only has Washington’s short-sighted decision to end its support for UNRWA put the health and economic well-being of millions of Palestinians at risk, but it also threatens to do lasting damage to one of America’s most important regional allies. While Jordan’s leadership may succeed in acquiring enough funding for UNRWA to operate without significant cutbacks, American has left the Hashemite Kingdom vulnerable to significant economic and social harms that could ultimately destabilize the country. How Jordan navigates this potentially perilous situation and whether the Trump administration heeds the recent calls to reverse its position on UNRWA should be of the utmost interest to regional observers in the coming months.

Image: A Palestinian woman takes part in a protest against possible reductions of the services and aid offered by United Nations Relief and Works Agency (UNRWA), in front of UNRWA headquarters in Gaza City August 16, 2015. REUTERS/Mohammed Salem