Just How Free Is the Russian Economy? 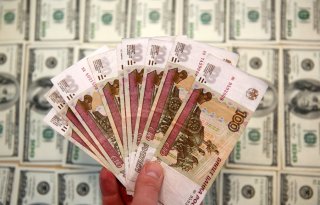 Over the last few days, Russia has threatened to nationalize foreign companies’ assets, underscoring the fact that Russia is not only a political dictatorship but also economically unfree. Since 1995, the Heritage Foundation has published the Index of Economic Freedom—a 472-page analysis of the state of economic freedom in 177 countries, also known as the “capitalism scale.” In the most recently published index for 2022, Russia is ranked forty-third out of forty-five countries in Europe.

On the subject of the financial sector, the analysis states: “The financial sector is dominated by state-controlled banks.” And under the heading “Investment Freedom,” the report’s authors comment: “Private-sector trade and investment activities are undercut by structural and institutional constraints caused by state interference in the marketplace.”

The most important aspect of the analysis is that Russia would be in a much worse position in the ranking if it did not have above-average ratings in the areas of “Tax Burden” and “Fiscal Health,” where it scores 93.1 and 99.3 points out of 100. This is due to the country’s low tax rates and very low level of public debt. If the overall analysis excluded the “Fiscal Health” rating, Russia would only score 52.1 points and would be ranked 140th out of 177 countries—directly behind Angola and only just ahead of Sierra Leone and Mozambique.

Russia’s low public debt is now of little benefit, as the major rating agencies recently downgraded the country’s credit. Moody’s cut Russia's credit rating to Ca, the second-lowest rung of its ratings ladder, citing central bank capital controls that will likely restrict payments on the country’s foreign debt and lead to default. Moody’s said its decision to cut Russia’s rating was “driven by severe concerns around Russia's willingness and ability to pay its debt obligations.”

Although there are formal private property rights in Russia, heavy state control over the economy has steadily eroded these protections. Politically inconvenient entrepreneurs live in fear of imprisonment or being sent to labor camps. For example, Mikhail Borisovich Khodorkovsky, formerly Russia’s richest man, spent ten years in prison and now lives in exile in London. Unsurprisingly, Russia only scored 36.8 out of a possible 100 points in the Index of Economic Freedom’s “Property Rights” category, putting it on a par with Togo. In this category, China’s score of 43.7 is seven points better than Russia’s.

Grigory Yavlinsky is a prominent proponent of economic reform who pushed Russian policymakers to implement market-friendly practices in the 1990s. In 2015, he explained in an interview why these efforts had failed completely:

Small businesses are dependent on small bureaucrats, big businesses on big bureaucrats. No one can escape the influence of the state in Russia. And everyone lives in fear that their property will be taken from them if they resist. Business and state power are so interdependent in Russia to an extent that almost no one in the West can really imagine.

As a result, Russia is one of the least capitalist countries in the world. In the wake of the socialist order’s collapse, a handful of oligarchs hijacked the country’s economy and established a kleptocracy. They are rentiers and largely profit from the oil and gas business, resulting in a highly inefficient economic system. Russia’s GDP in 2020 was just $1.5 trillion—even lower than Italy’s $1.9 trillion. Yet Italy has a population of just under 60 million, compared to Russia’s 144 million.

Unlike in Poland, where most people are friendly towards capitalism and say that their country’s current economic situation is better than it was under communism, the majority of Russians reject the system that is inaccurately called a market economy. In a survey conducted by the Pew Research Center from May to August 2019 in seventeen countries, citizens in former socialist states were asked whether they approve of the change to a market economy. In Poland, 85 percent of respondents supported the shift to capitalism and only 8 percent disapproved. By contrast, in Russia, only 38 percent welcomed the system, which falsely calls itself a market economy, and 51 percent disapproved.