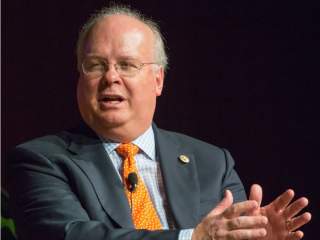 “Every national political reporter has heard it, to the extent that it induces affectionate eyerolling when it comes up. ‘It’s 1896’ is based on Rove’s reading of the work of a small school of conservative revisionist historians of the Gilded Age (that is, historians who love the Gilded Age), one of whom, Lewis Gould, taught a graduate course that Rove took at the University of Texas.

Here’s the theory, delivered at Rove’s mile-a-minute clip: everything you know about William McKinley and Mark Hanna—the man elected president in 1896 and his political Svengali—is wrong. The country was in a period of change. McKinley’s the guy who figured it out. Politics were changing. The economy was changing. We’re at the same point now: weak allegiances to parties, a rising new economy.”

What Rove doesn’t seem to care about is McKinley’s political ideals: how and why he came to them, how they developed and changed over time, if indeed they did. Rove’s McKinley wears his politics as Rove does—as an armored suit he climbs into each morning when he sallies forth to meet the opposition. From his congressional years on, McKinley was a solid party man, who embraced the two Republican articles of faith, the protective tariff and “sound money”—maintaining the gold standard against the radical crusade for “free silver.” Conflicts over trade and currency dominated the shallow politics of the post-Civil War period, as both parties ignored the social crisis seething below. Rove is right that in this narrow world McKinley was a better specimen than most—the “Apostle of Protection,” but not of its evil twin, anti-immigrant and anti-Catholic protectionism. As governor of Ohio, McKinley spread the patronage to Catholics, Rove points out.

Whether McKinley’s ideological passions reached further, Rove doesn’t say. His interest is in the mechanics of McKinley’s first presidential campaign, in which he outmaneuvered the internal Republican opposition and exposed the rust in the creaking, top-down, boss-driven machinery. McKinley changed “the nature of how future Republican candidates would run” through his method of a nationally orchestrated direct approach to voters, and he invited everyone in, “reaching out to ethnic groups such as Germans, Hungarians, Italians, Bohemians, Scandinavians, Poles, and a dozen varieties of hyphenated Americans.” McKinley’s slogan “the People Against the Bosses,” like “compassionate conservatism” a century later, elevated McKinley just enough above his contemporaries, almost all of them transparent shills for speculators and bankers, to make him presidential: George W. Bush in a brackish sea of Mitt Romneys and Rick Perrys.

Rove may be the last of the election-season romantics. He happily masticates every kernel of campaign corn, overcooked just like everything else in the Gilded Age: the flags and bunting, the “parades, bands, and picnics, even glee clubs,” the Abner Dilworthy bombast, the cigars. At times he sounds like a weekend docent on his first excited tour. “Illinois Republicans convened at ‘the Dome,’ a wooden hemisphere about 222 feet high, resting on four-square two-story brick boxes . . . Half a dozen gigantic flags hung from its big oval ceiling along with 102 streamers, each bearing an Illinois county’s name.” The awestruck tone reinforces the feeling one has had all along that “Karl Rove tactics,” in Bernie Sanders’s phrase, originate in deep sentiment, or sentimentality. “All bad poetry comes from genuine feeling,” Oscar Wilde said many cultural revolutions ago. The same may be said of thumb-in-the-eye, knee-in-the groin electioneering, so often inspired by swooning love of God and country. George W. Bush’s nickname for Rove, “turd blossom,” is not just funny, but apt: spread the fertilizer thickly enough, and the desert sprig will bloom.

Today McKinley seems to fit the cut-out profile of the five Ohio mediocrities, all Civil War veterans, who tenanted the White House in the post-Lincoln, pre-Theodore Roosevelt era, but he was not the first choice in 1896 of the East Coast “Combine.” This group preferred Thomas B. Reed of Maine, the powerful House speaker. The crux of Rove’s story is how McKinley won anyway, building his case at state nominating conventions, dozens of them held across the country at a time when the only means of long-distance travel was the locomotive. Rove reminds us that presidential campaigns were no less grueling in the era before the direct primary than they are today, at least for candidates who hadn’t sewed up the victory in advance, and he brings a professional’s appreciation to McKinley’s patient planning. He developed organizations in each state as it came up, winning the majority of the fifteen conventions held from January through March in 1896. (The Democrats had more than thirty state conventions, seventeen in a six-week period.) Rove’s appetite for vote-counting is deadening at times, but usefully recreates the tedium of the slow crawl to victory: