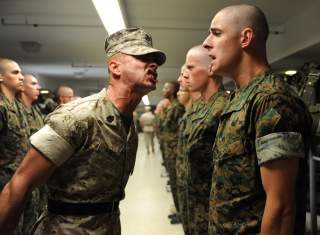 As calls mount in Congress (and among some opinion groups) for escalating Washington’s military intervention against ISIS in Iraq and Syria, caution lights should be flashing. This country has an unfortunate history of launching ill-considered armed crusades, often initially with enthusiastic public support. But that support has a tendency to evaporate unless certain conditions are met. Policy makers need to appreciate that history as they consider intensifying U.S. involvement in the Middle East’s turbulent affairs to prop up Iraq’s government and support largely mythical Syrian moderates against both ISIS and Bashar al-Assad’s regime.

Because most Americans believe in the professed values of this country (rule of law, adherence to democratic principles, government integrity and core civil liberties), a foreign policy that seems to ignore or violate those values is almost certain to lose the public’s allegiance sooner or later. That is what happened with such missions as the Vietnam War, the Iraq War and, more recently, the counterinsurgency war in Afghanistan. It is not merely that the ventures failed to achieve quick, decisive results, although that aspect clearly played a role. It was also that the United States was increasingly seen as expending blood and treasure on behalf of sleazy clients. A disillusioned public turned against those missions, and that development created or intensified bitter domestic divisions.

A similar dynamic occurred in response to calls for U.S. intervention to block leftist insurgencies in Central America against right-wing governments in the 1980s. For a large number of Americans, it was not worth the cost or the risk to the United States to prop up such political partners. To sustain adequate public support for security partnerships, especially if the policy entails military sacrifices, the objective must be widely perceived as both worthy and attainable. Without those features, public support for a policy either proves insufficient from the outset or soon erodes, and either development is fatal in a democratic political system.

To maintain public support and preserve American values, officials must make an honest assessment of the issues at stake. Too often, both during the Cold War and the post–Cold War eras, U.S. policy makers have hyped threats to American interests. The alleged dangers posed by such adversaries as North Vietnam, Serbia, Saddam Hussein, the Taliban and Assad border on caricatures. At times, it appears that U.S. officials have deliberately engaged in distortions to gin-up public support for purely elective wars. On other occasions, officials seem to succumb to their own propaganda. In either case, public support dissipates rapidly when evidence mounts that the supposed security threat to America is exaggerated. Although the American public might be willing to hold its collective nose and support a brutal, authoritarian ally—as it did regarding the alliance with Josef Stalin during World War II—to repel a true security menace to the republic, it is not willing to do so for far lesser stakes. It is both inappropriate and unrealistic to expect the public to embrace partnerships with the likes of the Shah of Iran, South Vietnam’s Ngo Dinh Diem or, more recently, Afghanistan’s Hamid Karzai and the Saudi monarchy, unless there is a compelling security justification. In all too many instances, that justification has been lacking, despite Washington’s arguments to the contrary.

Finally, to maintain public support, officials must be candid about the nature of Washington’s proposed clients and allies. It is one thing to justify a partnership with a questionable ally on the basis of purely pragmatic considerations. President Franklin D. Roosevelt epitomized such realpolitik when he once famously observed of a de facto ally in Latin America: “He’s an s.o.b., but he’s our s.o.b.” It is quite another matter to whitewash the behavior of such partners and pretend that they are anything other than corrupt thugs. Yet U.S. administrations have amassed a disturbing track record of doing exactly that. It insulted the intelligence of the American people and publics around the world to portray the likes of the Shah of Iran, Philippine dictator Ferdinand Marcos, South Korean dictator Park Chung-hee, the Nicaraguan Contras, and Egypt’s Hosni Mubarak as members of the “free world,” but American officials did so routinely.

More recent efforts to laud the likes of the Kosovo Liberation Army, Pakistan’s President-General Pervez Musharraf and Iraq’s Prime Minister Nouri al-Maliki reflected the same approach. When the actual behavior of those allies and clients makes a mockery of such portrayals, the American people understandably recoil from embracing them—even when on some occasions there may be a reasonable argument for preserving a particular partnership to protect valid U.S. interests.

That troubling history should reinforce the need for caution as U.S. leaders consider new military interventions, especially in the Middle East. Among other potential problems, escalating the U.S. involvement in the Iraqi and Syrian conflicts puts the United States in a close de facto partnership with Saudi Arabia and its Gulf allies—some of the most corrupt, brutal governments on the planet. Publics in the Middle East and around the world are watching, and the potential for unpleasant blowback is extremely high. And as we saw with the wars in Vietnam, Iraq and Afghanistan, the reaction of the American people to such associations can become one of profound revulsion. The conditions are emerging for yet another foreign-policy debacle.

Ted Galen Carpenter, a senior fellow at the Cato Institute and a contributing editor at The National Interest, is the author of ten books, including the forthcoming Perilous Partners: The Benefits and Pitfalls of America’s Alliances with Authoritarian Regimes.