Kennan’s Containment Strategy: A Consensus on What Not to Do 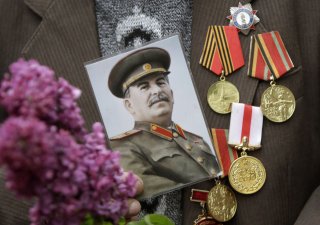 THE MOST famous modern instance of the United States consciously adopting a grand strategy was the concept of “containment” against the Soviet Union, devised by the diplomat and Russian area specialist George Kennan in the immediate aftermath of World War II. Yet a look at how Kennan’s idea evolved, how it was adopted, and how it played out over time, indicates that it was no cut-and-dry affair; that it was adopted mainly in a negative sense; that it provided relatively little guidance during the long Cold War decades; and that it appeared prescient—romantic even—particularly in retrospect once the Cold War had ended.

American foreign policy elites have adopted a partial myth about containment in order to worship at the altar of grand strategy before declaring that such a sweeping approach is no longer possible. Both propositions are false and are driven partially by nostalgia—for a simpler era that was not so simple at all. In truth, Kennan’s theory codified the conventional wisdom of his colleagues who agreed only about what not to do. Moreover, achieving such a negative consensus is certainly possible today—if not in the larger foreign policy community scattered along the East Coast with all its divisions and “global” rather than “American” outlook, then at least within the community of defense experts centered around the Pentagon. By refusing to mythologize the past, the defense community can, on its own, better construct a framework about preparing for the middle decades of the twenty-first century.

ON FEBRUARY 9, 1946, Soviet leader Joseph Stalin made a speech at the Bolshoi Theater in Moscow, at the conclusion of an “election” campaign for the Supreme Soviet. The election was rigged, of course. But the purpose of the campaign, as Stalin’s speech would make clear, was to rejuvenate the country’s revolutionary spirit following the victory in the Great Patriotic War against Nazi Germany. The speech concentrated the minds of the State Department’s Soviet experts: rather than constituting a turning point for them, it helped confirm their gelid views about Stalin’s intentions. At the Bolshoi Theater, the Soviet tyrant did not mention historic Russia and the Russian people, which the Kremlin had been stressing throughout the war (and which Stalin had extolled only the previous May upon the Allied victory). Instead, Stalin now spoke only of the victory of “our Soviet system,” and for the first time since 1941 made little mention of gratitude to the quondam Western Allies. The Soviet leader blamed “modern monopoly capitalism” as the root cause of the war, and implied that Nazism was merely a part of that larger category. This was not new—Stalin had spoken in a similar vein in the 1930s. But now it turned out that the grueling and titanic struggle for survival against Adolf Hitler, which had cost well over twenty million lives inside the Soviet Union, had changed nothing in Stalin’s prewar thinking. Stalin, moreover, stressed in his speech that the Communist Party and its ideology were to be further fortified, and that from now on there would be much less talk of patriotism and of historic Russia. There would also be no mention of the marshals and generals responsible for winning the war. Personalities—individuals, that is—no longer counted, except for Stalin himself. As the late British historian Hugh Thomas wrote, summing up the speech, “Russia had determined to return to being the Soviet Union, the capital of world Communism, not the great ally.”

Kennan was deputy head of the U.S. mission in Moscow. But his superior, Ambassador W. Averell Harriman, had left Moscow and encouraged Kennan to henceforth express himself in cables exactly as he saw fit, with no one higher up in the embassy to edit him. Meanwhile, Kennan’s superiors in Washington wanted guidance from him regarding Stalin’s February 9 speech. Kennan, bedridden with a bad cold, decided that sick or not, “nothing but the whole truth would do.” Surrounded by a small group of aides in his upstairs bedroom at the embassy, Kennan dictated an analysis of Soviet behavior. It was sent on February 22, George Washington’s birthday, and became known as “the Long Telegram,” the most influential cable in American diplomatic history.

Kennan contended that the Marxist rhetoric and, essentially, conspiracy theories about the goals of the Western capitalist nations, constituted what was deep down a neurosis originating in a “traditional and instinctive Russian sense of insecurity.” Marxism was a “fig leaf” to rationalize a closed society and police-state tactics, and also to express an inchoate Russian fear of the outside world. Soviet foreign policy, he said, would not change—and had not changed despite everything that had happened in World War II—because it was rooted deep inside the irrational aspects of the Russian character and the “archaic” form of Russian rule, itself partially determined by geography and history: in which an agricultural people living on an exposed plain without natural barriers had converted vulnerability into paranoia. Marxism-Leninism, in other words, despite the pseudo-scientific rhetoric, was merely a rhetorical figleaf for centuries-old Russian fears and nationalism. Nothing the West would do, positive or negative, could change Stalin’s mind.

This was the sort of deterministic analysis that led to the belief that reason would not work with the Soviets as much as force would; or at least the threat of force. Kennan actually did not mean to go quite that far. (He continually complained that others failed to understand him as he understood himself.) In Kennan’s mind, he was merely explaining what lay behind Stalin’s speech, especially Stalin’s return to full-bore Marxist-Leninist basics after the detour of the Great Patriotic War. After all, Kennan was careful to write that Stalin had “no fixed timetable, was not inclined to take unnecessary risks, and would, when resisted, retreat.” Moreover, the Soviet Union was weaker than the West, and had no established procedure for replacing its leaders. Thus, the United States should not despair. Crucially, the word “containment” did not appear in the telegram at all. The Long Telegram had concentrated on an explanation for Soviet ideology and behavior, and only in the most rudimentary form laid out a plan for exactly how to deal with it.

The path of acceptance for Kennan’s telegram was paved by events at the time. A few days after Washington’s birthday, Stalin refused to honor a March 2 deadline to withdraw troops from a part of Iran the Soviet Union had occupied during the war. Then came a speech that Winston Churchill—now leader of the British opposition—delivered less than two weeks after Kennan had sent his telegram. At Westminster College in Fulton, Missouri, Churchill declared, “From Stettin in the Baltic to Trieste in the Adriatic, an iron curtain has descended across the continent [of Europe].” From that, Churchill said, an Anglo-American alliance against the Soviet Union must naturally follow.

Kennan had caught the zeitgeist. As an example of how much impact the telegram had, James Forrestal, the secretary of the Navy at the time, made it required reading for thousands of senior officers throughout the armed services. In April, an abridged version appeared in Time magazine. As with other seminal essays, here was a case of a writer pushing on an open door and articulating what was already in the minds of colleagues, both among the community of Russia experts and in the State Department, as well as President Harry Truman himself.

Indeed, by 1946, in the same time frame as Kennan’s telegram, Harriman and Charles E. Bohlen, another American diplomat and Russia expert with ground-level experience in Moscow, had concluded that there was no hope for any evolution in the Soviet Union. “It isn’t a question of wisdom,” Harriman explained. “It’s a question of having been exposed to the disease.” The hope that Stalin, endearingly called “Uncle Joe” by the late President Franklin Delano Roosevelt, would evolve into a more reasonable leader as a result of the critical help he had received from the Western Allies during the war, had long been fading fast. For example, Stalin’s rejection of the 1944 Bretton Woods agreement had already closed the door on postwar American economic assistance. Keep in mind that those at the U.S. embassy in Moscow knew the situation better than most because of their close-up view of Soviet life and suspicions. The dream of a grand postwar alliance including the Soviet Union was certainly dead by the beginning of 1946. It remained for Stalin’s speech to finally punctuate it, and for Kennan’s telegram to put into words the half-realized, less-articulate thoughts of his colleagues.

THE COLD War was now quickly taking shape. And Kennan’s writings merely reflected the era rather than breaking wholly new ground. In August, 1946, the Soviet Union demanded bases in the Dardanelles. Stalin backed down only when Truman dispatched the Sixth Fleet into the eastern Mediterranean. Then, in February, 1947, the British government suddenly informed the State Department that, burdened by postwar recovery, it lacked the means to provide military and economic assistance to Greece and Turkey. A month after that, the Truman Doctrine was officially born in a speech by the president to Congress, under which the United States would eventually fill the gap left by Great Britain in the eastern Mediterranean.