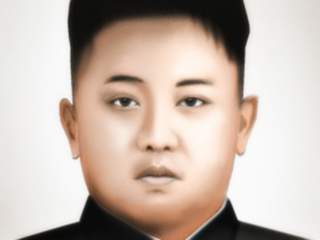 In reality, by insisting on a peace treaty, North Korea is probably not seeking peace, but war. North Korean leaders likely hope that a peace treaty would destroy the rationale for U.S. military presence in South Korea, leading to a cancellation of the U.S.–South Korean alliance and a withdrawal of U.S. forces from South Korea.

If U.S. forces are withdrawn, they are unlikely to return. Congress has expressed concern that even today U.S. forces would take too long to deploy to Korea. If they were withdrawn from Korea and then attempted to return in response to North Korean aggression against the South, they would not arrive in a sufficiently prompt manner, since the forward presence of military personnel and facilities needed to expedite deployment would have been lost.

North Korea has never abandoned its vision of unifying the Korean Peninsula by conquering South Korea. Indeed, the political and economic weaknesses of the North Korean state make military aggression the only option that North Korea has to achieve a North Korean–controlled unification of the peninsula. A peace treaty with the United States could create the conditions for such a war.

If a peace treaty were in place, North Korea might be able to invade South Korea with minimal U.S. intervention, giving the North the prospect of being able to conquer the South, especially since the North has been stockpiling substantial quantities of chemical and biological weapons for decades and is preparing a nuclear weapon force of sufficient size and character that could cause crippling damage against South Korea.

In the coming years, South Korea will become even more vulnerable. Adverse South Korean demographics have reduced the South Korean Army from 560,000 active-duty personnel to about 480,000. By 2026, that number could drop by more than a third, to approximately three hundred thousand, according to RAND Corporation research.

Despite South Korean qualitative military superiority over North Korea, it will be hard for that three hundred thousand to stand alone in repelling an invasion by more than one million North Korean active-duty military personnel—the size of the North’s army, according to the South Korean Ministry of National Defense. And while South Korea has a large military reserve force, the South’s reserves train, at most, three days per year, a ministry report said. That’s insufficient to produce a cohesive force prepared to stand against chemical and biological weapon use.

In addition, it is a well-known fact that North Korea indoctrinates its citizens from an early age to hate the United States as their absolute, eternal enemy. The North claims that U.S.–South Korean defensive exercises are major preparations for invasion of the North, when in practice the North is running its own offensive exercises to prepare for invading the South.

The United States and South Korea have tended to largely ignore North Korea’s calls for a peace treaty. Instead, they should start explaining why they oppose a peace treaty that looks like it would lead to war.

The United States should consider making it clear that no peace treaty will be possible until North Korea stops indoctrinating its people to believe that the United States is their eternal enemy. Until then, North Korea’s calls for a peace treaty should be regarded as nothing but a deceitful scam that could lead to the devastation of South Korea, a U.S. ally.