From Korea to Ukraine, Aggressors Believe Their Gains Are Worth the Costs 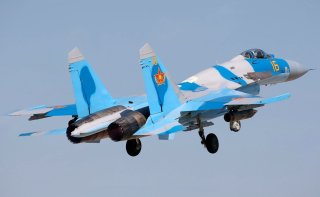 When Mao Zedong informed Josef Stalin that he was ordering Chinese troops to cross the border into Korea in October 1950, he painted a grim picture of the expected reaction: “We must be prepared for the United States declaring and entering a state of war with China, and we must be prepared for the United States at least using its air force to bomb a good number of major cities and industrial centers in China and using its navy to assault coastal regions.” Yet, Mao went ahead with his plan to conquer South Korea and unite the strategic peninsula because he believed that “the primary problem is whether the Chinese army can destroy the American forces within Korea, and effectively solve the Korean problem.” He believed whoever controlled the territory being fought over would win the war; Once the U.S.-led UN coalition was driven from the Korean Peninsula the war would be over. The bombing campaign and blockade would eventually end (“though the United States might not recognize the Korea victory for a long time”) and China would recover.

Nearly seventy-two years later, Russian president Vladimir Putin is thinking about his invasion of Ukraine in the same way, with fewer dire expectations about the U.S. reaction. His focus is on control of territory “lost” when the Soviet Union collapsed. He has made it clear that he believes Ukraine is inherently part of Russia. Any territory he can regain he will consider to be a permanent acquisition. The sanctions imposed by a shaky alliance of Western governments torn by their own interests and subject to the democratic pressures of corporate and consumer lobbies are likely to be less enduring. And even if they persist for some time, the strategic gains from conquest will be worth the economic costs. Putin learned this from his seizure of Crimea in 2014. President Barack Obama’s declaration at the time that Moscow’s annexation of Crimea, the key to Russia’s domination of the Black Sea, “will not stand” has faded away. Troops have been deployed there and a naval armada assembled to strike deeper drives into Ukraine.

Anatoly Antonov, Russia’s ambassador to the United States, has claimed that U.S. sanctions “cannot solve a thing. It is hard to imagine that there is a person in Washington who expects Russia to revise its foreign policy under a threat of restrictions.” If the threat of “crippling” sanctions did not deter Moscow, their imposition will not roll back Russian territorial gains. Reading from a column on trade statistics will not stop a column of tanks.

In the Korean War, the United States did not make the attacks on China that Mao had expected despite the direct combat between U.S. and Chines troops (and between American and Russian pilots). Gen. Douglas MacArthur, a veteran of World Wat II, was removed from command for advocating such an expansion of the war. Instead, the Korean campaign was treated as a “limited war” and fought on Mao’s terms as a contest for who could control the territory at stake.

The capital of Seoul fell to invaders twice but was then liberated twice. The war’s mobile phase ended in the summer of 1951 and armistice talks opened on July 10. The war had taken the form Mao had most feared. “The least advantageous situation would be … for the two armies to become mutually deadlocked,” he had told Stalin. China would not be able to win the war and end the American campaign to destroy China’s economy which “would arouse dissatisfaction toward us” among the people who are “very afraid of war.” The specter of President Dwight Eisenhower escalating the war by launching attacks against China in ways President Harry Truman had not prompted China to sign an armistice on July 27, 1953.

South Korea remained independent and oriented to the West. It has grown into the tenth-largest national economy in terms of nominal GDP, slightly larger today than Russia. North Korea, in contrast, has stagnated in poverty as a buffer state for China.

Mao, Stalin and Kim Il-sung had not expected the intervention of a U.S.-led army under the UN banner when planning their invasion of South Korea. In a speech on January 12, 1950, Secretary of State Dean Acheson had outlined the U.S. defense perimeter in Asia without mentioning Korea. If Korea was outside the U.S. zone, it was free for the taking. The lightly armed South Korean forces could be overwhelmed by the North’s invasion force spearheaded by tanks supplied by the Soviet Union. Today, Putin can be even more confident that Ukraine will be left on its own by repeated statements by President Joe Biden that Ukraine is outside the U.S. defense perimeter because it is not a member of NATO. Less than forty-eight hours before Moscow launched its attacks across Ukraine, which he termed “imminent,” Biden stated, “We have no intention of fighting Russia.” The light was still green.

Putin can boldly proclaim “Whoever tries to interfere with us, and even more so, to create threats for our country, for our people, should know that Russia’s response will be immediate and will lead you to such consequences that you have never experienced in your history” because he does not expect Biden to be transformed by Truman’s ghost and take action to actually defend Ukraine. In his immediate response to Russia’s “unprovoked and unjustified attack on Ukraine” Biden limited his actions to “coordinate with our NATO Allies to ensure a strong, united response that deters any aggression against the Alliance.” And in his televised address midday, he repeated that U.S. troops would not fight in Ukraine.

It is thought that Putin can be deterred from attacking NATO because it would trigger a war much larger than Moscow is prepared for or can afford. The four NATO members that border Russia are not so sure. Poland and the Baltic states of Estonia, Latvia, and Lithuania (who were also once part of the USSR like Ukraine) are invoking Article IV of the NATO treaty calling for consultations on whether “the security of any of the Parties is threatened” by Russia’s actions. The answer to the question is obvious, but the issue is: what can be done? At a minimum, the strengthening of NATO military capabilities as urged by both Presidents Barack Obama and Donald Trump need to be expedited. Beyond this, the Western economies must be decoupled from those of their adversaries. Trump started this process and Biden has continued it. It now must expand its scope, particularly in energy.

An after-action report must consider whether deploying U.S. and NATO forces into Ukraine before the fighting started would have deterred the war. If it is thought that Putin is too rational to risk direct combat between his troops and NATO units, the basis for deterrence going forward, would he not have restrained himself in the face of that risk appearing in Ukraine rather than in Poland or the Baltic states? The deployment of even a few brigades of U.S./NATO troops around Kyiv and along likely invasion routes would have brought the crisis to an immediate end. Putin is ambitious but not insane, an opportunist not a fanatic; or at least that must be the assumption. If he is beyond deterrence, then it would still have been better to find that out in Ukraine, the most strategic spot in Eastern Europe, than later in another theater where the scale of combat could be greater.

The failure to bring Ukraine into NATO years ago was in part an attempt to appease Russia, but as usual this has led to aggression rather than peace. Yet NATO has intervened to protect non-NATO areas before. In 1999, NATO conducted airstrikes against Serbia for its military actions in Kosovo. There was no security threat to any NATO member from the violent breakup of Yugoslavia, but there was an affront to the idea that Europe would no longer be subject to major armed conflicts. Ironically, Antonov raised the same concern when he said in an interview that “The problem is what kind of world order will be in future?”

Almost a month ago, Army general Mark Milley, the chairman of the Joint Chiefs of Staff, predicted that casualties would be “horrific” if Russia invaded. Yet these expectations did not prompt any U.S. or NATO plans to protect lives, defend Ukraine’s territorial integrity (a stated objective), or deter war by any action stronger than the threat of economic sanctions.

Ukraine again offers an example, like Korea, of an aggressor seeing seizing an opportunity to act against what it believes to be an unguarded foe. This time it seems that Russia will get its fill, though it may not slake its hunger.