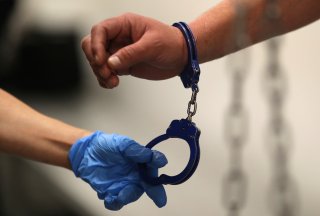 The detention center outside of San Diego has been hardest hit by the coronavirus crisis out of all immigration detention centers in the United States, with more than eighteen inmates and several guards testing positive for the deadly virus. Attorneys, rights groups, and Sen. Kamala Harris (D-Calif.) have warned that conditions in detention could make places like Otay Mesa into coronavirus hotspots.

Immigration and Customs Enforcement has not responded to a request for comment as of press time. CoreCivic, the private prison company that runs Otay Mesa, told the National Interest that the company is implementing a Coronavirus Medical Action Plan that includes screening new intakes, isolating high-risk individuals, and conducting testing.

Dozens and possibly hundreds of Kurdish refugees have fled insurgency-stricken southeastern Turkey to the United States, as cheap flights and visa-free travel from Turkey to Latin America make the journey more attractive than the dangerous smuggling routes to Europe. Ghaderi’s client made it to the U.S. border in February.

Ghaderi asked ICE to release her client “for urgent humanitarian reasons” in a March 12 email seen by the National Interest. The email claimed that her client has a sponsor in the United States “who is ready and willing to receive him” and cannot return to Turkey “because of his political views and Kurdish ethnicity.”

The client had not received a credible fear interview at the time the email was sent. U.S. immigration authorities are required to interview asylum-seekers in detention within ten days to determine whether they have a “credible fear” of persecution or torture.

The client was finally granted a credible fear interview on March 23 and a positive determination of credible fear on April 7. He tested positive for the novel coronavirus disease and was quarantined on April 12, Ghaderi says.

Ghaderi claimed that Otay Mesa staff had not been passing along her messages to her client. CoreCivic told the National Interest that “there is a process in which attorney messages are delivered to their detainee clients. This process has been occurring on a consistent basis.”

An immigration court has granted Ghaderi’s client bail and set his bond at $15,000.

“Because he’s been in there since February, he doesn’t understand the seriousness of the virus,” Ghaderi told the National Interest. “It’s disheartening. They come here seeking safety, and then they test positive for COVID.”

Immigration attorneys have asked authorities to release other coronavirus-positive and at-risk detainees at Otay Mesa.

The Immigrant Defenders Law Center filed a petition on Monday asking ICE to release a detainee at Otay Mesa who tested positive for the coronavirus, as well as three others who came into close contact with patients.

The American Civil Liberties Union is suing for the release of two asylum-seekers, one with leukemia and the other with a chronic lung disease.

The lawsuit also names two at-risk asylum-seekers from Turkey, both of them HIV-positive, at a nearby detention center.

CoreCivic guards at Otay Mesa had asked detainees to sign a letter absolving the company of liability before receiving protective face masks. The company eventually delivered masks to the detainees without signing the letter after several detainees protested.

This article has been updated to reflect a response from CoreCivic.