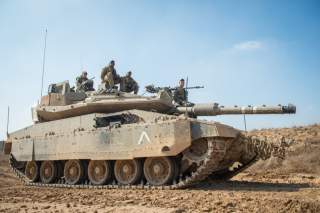 On January 18, 2015, an Israeli missile strike in Quneitra (part of the Syrian-controlled section of the Golan Heights) resulted in the deaths of several Hezbollah operatives, including a fighter named Jihad Mughniyah.

Barely two weeks later, in a leaked report published by the Washington Post, the world also learned that Imad Mughniyah (Jihad’s father and a senior Hezbollah operative) had been assassinated in February 2008 through the combined efforts of the CIA and the Mossad.

Why, one has to wonder, is this detailed information regarding the players behind the 2008 car-bombing death of Imad Mughniyah just now coming to light?

To understand the message conveyed by this leak, it is important to consider the events that unfolded following the killing of Jihad Mughniyah in January. After the Israeli attack, the world waited apprehensively for the retaliation that everyone knew Hezbollah would feel compelled to provide.

Eventually, it came in the form of a minor offensive within the contested Shebaa Farms region, resulting in the deaths of two Israeli soldiers. Israel then responded by shelling the Shebaa Farms, killing one Spanish peacekeeper. After this, the attempted escalation fizzled out; Hezbollah, already deeply involved in the Syrian civil war, made it clear through back channels that it was not going to press the matter with Israel.

For certain parties on both sides of the conflict, however, this was not enough. On Hezbollah’s side, many supporters believed that the audacity of the Israeli attack and the importance of Jihad Mughniyah as an iconic figure mandated more serious revenge.

On January 30, Hassan Nasrallah, Hezbollah’s secretary general, gave a speech in which he appeared to address these concerns. He emphasized Hezbollah’s strength and made vague promises of future retaliations. Following a ceremony to honor the “martyrs” of the Quneitra operation, he uttered a pointed statement, declaring that Hezbollah now had “the right to respond in any place and at any time and in the way we see as appropriate.”

Nasrallah’s statement likely incorporated a certain amount of political grandstanding. It is significant, however, that with this single utterance Nasrallah wiped away the so-called “rules of the game” that his organization has attempted to enforce throughout the previous two decades. Under these unwritten rules of engagement, Hezbollah’s operatives would not attempt to enter Israeli territory or conduct many international operations. In return, Israel would not fire at civilians in Lebanon. These rules of engagement came into being in 1996, in the wake of Operation Grapes of Wrath, an exercise in cynicism launched by Israeli Prime Minister Shimon Peres as a means of shoring up Zionist support during that year’s election campaign.

Grapes of Wrath finally ended after the Qana massacre, in which over one hundred civilian refugees in a United Nations compound were killed, allegedly by Israeli shelling. The international outrage over these events led to a ceasefire in which Israel and Hezbollah both reserved the right to self-defense, but vowed to reduce the scope of their operations.

Following the Israeli withdrawal from Lebanon in 2000, the disputed 15-square-mile border region called Shebaa Farms became the main focus of Hezbollah–Israeli conflicts. Even when undertaking provocative actions, such as abducting Israeli soldiers in 2000 and 2006 for the purposes of prisoner swaps, Hezbollah was careful to surround its actions with a rhetoric of non-escalation and limited engagement. This approach was not always successful—for example, Israel used the 2006 kidnapping of two soldiers to launch a full-scale war, in which more than a thousand Lebanese civilians were killed (with little resulting change in the status quo).

Since 2006, however, the “rules of the game” have remained largely in effect. During this time, the Lebanese-Israeli border has stayed relatively calm, with only a few skirmishes here and there marring the stability of the ceasefire. Hezbollah’s influence in the Arab and Muslim world seemed to be slowly declining, and the organization was busy waging a battle on the domestic front in an attempt to avoid demilitarization and the confiscation of its weapons.

It therefore raised a few eyebrows internationally when, in the run-up to yet another election cycle, Israel decided to reignite old hatreds and re-escalate the conflict—thus potentially reaffirming Hezbollah’s relevance in the eyes of its own supporters. The Israeli operation in January of 2015 was also (arguably) outside of the standing rules of engagement, as it was conducted in the Syrian part of the Golan Heights, not in Israel’s occupied territories or in the contested Shebaa Farms region.

As a result, we now have a destabilized Hezbollah vowing that its long-standing commitment to limited engagement in the Middle East is no longer valid. The repercussions of Nasrallah’s decision to formally expand the conflict beyond Lebanese contested territory are as yet unknown.

However, it does appear that the organization is starting to resign itself to its position on the “terrorist lists” of multiple countries, including the United States, Canada, the European Union, and New Zealand. The European Union’s decision to designate Hezbollah as a terrorist organization in 2013 (after more than three decades of European resistance to the idea) likely contributed to this state of affairs.

Having resigned itself to this designation, many analysts believe that Hezbollah may begin to target Israeli interests and citizens worldwide, as it was accused of doing in 1994 in Argentina, prior to its acceptance of the “rules of engagement.” Furthermore, there does seem to be some evidence that in recent years Hezbollah has started to cast its eye toward a more global theater of operations.

The U.S. and Israel, for their part, seem to be doing very little to discourage these developments or to dampen the scope of the conflict. The leaked report in the Washington Post about the 2008 CIA/Mossad assassination can be seen as an implicit (and rapid) answer to Nasrallah’s threats: it conveyed the message that “your people, too, will find no place of safety. We can get to even your most secretive, lesser-known operatives, wherever they may be, and we have been doing so for years.”

In the wake of these mutual escalations, threats, and disclosures, one suspects that deterrence was really the motive for the leak. One has to wonder if this will dampen fomenting tensions or instead further exacerbate Hezbollah’s desire for vengeance.

Rola el-Husseini is a researcher with the Middle Eastern and Middle Eastern American Center at the City University of New York’s Graduate Center. She has previously held positions at Texas A&M University and Yale University. Her first book Pax Syriana: Elite Politics in Postwar Lebanon was published by Syracuse University Press in 2012. She is currently preparing a new manuscript on the Lebanese Sunni Islamists in the age of the Islamic State.