Lessons from the America-Japan Trade War of the 1980s 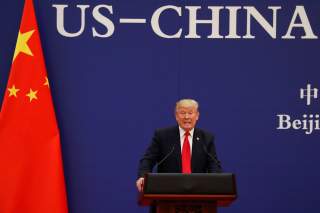 The current wisdom is that there are no winners in trade wars. This message is inherent in nearly all coverage on the United States President Trump administration's tariffs campaign on China, the European Union, and Japan. However, is this really true? History tells us that sometimes, there are winners in trade wars—all it takes is for one side to blink first.

In the 1980s and 1990s, the White House was faced with a powerful Asian economic power that manipulated its currency, subsidized its companies, and erected stiff non-tariff barriers to imports. Washington's response was to put 100% tariffs on electronics, force voluntary restrictions on the aggressor's auto, steel, and machine industries, and adopt laws that restricted the country's steel, lumber, and sugar industries. But this wasn't a nascent People's Republic of China (PRC), it was the U.S. treaty-ally, Japan.

For approximately a decade, Japan and the United States engaged in a small-scale trade war. The United States achieved a tactical victory in the war with the 1985 Plaza Accord when the U.S. argued that it and Japan should abandon the fixed exchange rates that had prevailed after the Second World War. The result was that U.S. imports dropped in price as the dollar fell and Japan entered the bubble economy, which was ultimately to lead to the Lost Decade.

While there are many differences between the PRC now and Japan in the 1980s—the PRC is an authoritarian power and a peer competitor, rather than a U.S. ally—there does seem to be similar structural features in how the two approached trade, and how they approached access to their home market.

Thus far, the PRC's strategy has been to respond to U.S. measures in kind. This reciprocity is somewhat ironic, given widespread complaints about Beijing's lack of market access reciprocity. President Xi's economic adviser, Liu He, has been the central player behind this approach. Shortly after Trump gave the green light on tariffs worth $50 billion of Chinese products Beijing retaliated with tariffs of their own that totaled up to $34 billion. Liu He even went so far as to pick the same date to enact their tariffs, July 6.

The difference between the two sets of tariffs lies in the contents. The Trump tariffs focus on parts and components used in high-technology manufacturing, machinery, automobiles, and transportation, while Xi's tariffs focus mainly on agriculture exports like soybeans. This latter strategy seems odd until one realizes the Chinese dependency on U.S. high-tech. These items are unlikely to be targeted by Lieu He as long as Made in China: 2025 is a crucial part of Xi's platform. Under that plan, China aims to improve its domestic production of high-end technology.

The Trump team has, of course, realized this, and therefore focused primarily on this area, both to stop the loss of valuable American intellectual property and to put pressure on the PRC through the threat of urban job losses. The example of the Chinese company ZTE is telling. With 74,000 workers jobs risked by its expulsion from the U.S. economy, Beijing focused the entirety of its next move on attempting to remedy this. While the PRC's attack on farmers—who are a part of Trump's voter base—threatens success in the Midterms, the White House's attack on ZTE was much quicker, and some would say, more effective at moving Beijing.

There is a lot of noise around Trump’s tactics, saying that he represents chaos or anarchy. However, if one looks at the U.S.-China relationship since he came into office, one can discern a pattern.

First, communicate with the other side that you are unhappy and want to negotiate. One could argue that this occurred during the Presidential campaign when Trump consistently repeated the trope that China was "killing the American economy." Second, develop a personal relationship with your opponent and give him time to make an offer. This occurred when President Xi was invited to the President's estate at Mar-a-Lago. Filled with personal bonhomie, the president also joked during the Press Conference that Xi had not given him anything yet.

Second, if you are ignored, give the other guy something to think about. Cause him pain. This is not meant to be punitive, but to prod the opponent into really engaging with you. Famously, Beijing has promised structural reforms to previous U.S. administrations, only to renege. The first round of steel tariffs was a sign that Trump’s patience had finally run out. Perhaps symbolically, the replacement of Gary Cohn by Peter Navarro at that time as Trump’s key economic advisor was a message the U.S. would now be taking a more hard-handed approach.

Whatever the drivers are for the tariffs the end goal should remain the same for the Trump administration—Washington needs to focus on structural reform in China rather than on the reduction of the trade deficit. The trade deficit of $375.57 billion has become a useful political tool in Washington and, while it may be powerful, it is also dangerous. This is because it focuses on the symptoms, rather than the cause. In the words of former U.S Under Secretary of Commerce Frank Lavin, "If they give you a check, watch out. They're sort of buying you off and getting you just to go away for that money."

Trump could ‘win’ this trade war by getting Beijing to blink by seriously addressing the structural and intellectual property concerns raised in the March U.S. Trade Representative report. Whether Xi can make these changes and continue his China Dream, on the other hand, is debatable.

James Amedeo is a Researcher at the Asia Studies Centre at the Henry Jackson Society.