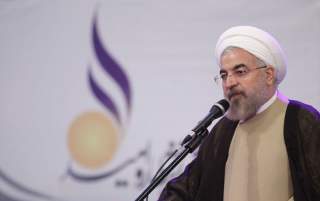 The Islamic State of Iraq and al-Sham’s (ISIS) rapid gains throughout northern and western Iraq have sent shockwaves through Baghdad, the Middle East and the United States. Nearly immediately after ISIS’s advances, the Iranian government pledged to defend the Iraqi government. Numerous reports claim that Quds Forces have already been deployed to reinforce al-Maliki’s government.

Similarly, President Barack Obama hinted that the United States might provide military support to Baghdad, stating, “there will be some short-term immediate things that need to be done militarily." Others in the United States are calling for airstrikes against Sunni areas in Iraq not only to counter ISIS, but also to prevent Iran from intervening in support of the Iraqi government. For example, Senators John McCain and Lindsey Graham released a statement on Friday calling for airstrikes, among other military and intelligence actions, both to reverse ISIS gains and because “a delayed or weak response from the United States will only deepen the Iraqi government's dependence on Iran.” The Washington Post editorial board agreed with this argument.

This is nonsensical. The United States should allow Iran to do the heavy lifting militarily, while positioning itself politically to bring together Iraq’s warring factions and crucial regional powers to seek a political reconciliation in Iraq.

The first reason the United States should not intervene in Iraq is because the situation is not nearly as dire as some have claimed. To be sure, ISIS’s gains last week are serious and call into question aspects of the foreign policy doctrine that President Obama outlined at West Point last month.

Nonetheless, ISIS has not transformed into a formidable conventional army, or a “daunting military power” capable of waging “jihadist blitzkrieg.” It most certainly doesn’t have any realistic prospect of toppling the Iraqi government and taking control of Baghdad.

In contrast to claims that “ISIS is moving like a conventional army fighting an expeditionary war,” all reports from the ground last week suggested that ISIS militants had employed classic guerilla tactics in their seizures of northern and western Iraq. Specifically, ISIS militants reportedly ambushed Iraqi forces where they were weak, while refusing battle wherever the military concentrated force.

The fact that ISIS was able to seize major cities with these tactics says more about Iraqi troops than it does about ISIS’s military effectiveness. Indeed, ISIS didn’t seize Iraqi cities so much as it happened to inherit them by way of being inside them after the government forces fled.

Even then, a thousand or so ISIS militants could only take control over major cities if they had the acquiescence, if not outright encouragement, of Sunni tribal leaders, who are likely trying to use the terrorist group as leverage with the Shia government. Needless to say, ISIS will encounter much fiercer resistance the closer it gets to Baghdad, where it will face more component forces who are defending their homes from anti-Shia fanatics. In the unlikely scenario that ISIS troops chose to openly engage in battle around Baghdad, few of them will make it out of the city alive.

The United States should also pass the buck to Iran so it doesn’t have to fight for one side in a sectarian conflict. As noted above, pockets of ISIS forces could only control major cities with the acquiescence, if not open support, of the Sunni population and its leaders. This underscores that the Iraqis see this conflict in sectarian terms, at least in part. While the United States would perceive itself as conducting airstrikes against ISIS strongholds, the Sunnis would inevitably see America as bombing their cities to defend an oppressive Shi’a government (not to be confused with Syria, where we support a Sunni opposition trying to topple a Shi’a government, or the Middle East more generally, where we align with Sunni states while shunning the Shi’a one).

Iraq’s Sunnis would be right in their assessment. Even as U.S. airstrikes would help the Shia government to retake Sunni territory, Washington would remain powerless to control events on the ground afterwards. This is a recipe for disaster, as NATO learned in 2012, after helping Libyan rebels capture Muammar Gaddafi and his supporters. Given Maliki’s ruthless actions against Sunnis in the past, combined with the Shia population’s deep-seated fears of a Sunni resurgence, Gaddafi’s summary execution will likely seem tame by comparison.

America’s military intervention would also undermine any prospect for political reconciliation in Iraq. Nearly everyone, including advocates of U.S. military intervention, agree that Maliki’s sectarian rule caused the current crisis, and that national reconciliation is the only long-term solution for Iraq’s woes. Proponents of airstrikes, in fact, defend their position by claiming that using military force will give the United States enough influence to force Maliki to adopt a more inclusive governing style.

This claim is outlandish. To begin with, the United States failed to get Maliki to pursue lasting political reconciliation when it had a major long-term troop presence in Iraq. The Obama administration has suggested that the recent crisis may be a wake-up call for Maliki, convincing him of the need to embrace political reconciliation. By intervening militarily to save his sectarian rule, the United States would eliminate any incentive Maliki might now have to share power with the Sunnis. Instead, the more the government struggles to regain control over northern and western Iraq, the more incentive Maliki will have to reach out to Sunni tribal leaders, who have demonstrated time and again that they are fully capable of clearing out ISIS militants.

Another reason the United States should allow Iran to save Iraq is because it is even more committed to this goal than Washington is. While the United States and Iran may have differing interests on Iraq’s sectarian balance, U.S. airstrikes would only help the Iraqi government defeat ISIS forces. While ISIS’s control over parts of Iraq is certainly not in America’s interests, it is nothing short of an existential threat to Iran. Tehran will never allow the Iraqi government to be toppled by Salafist Jihadists who are far more anti-Shi’a than anti-American. In the best case, then, U.S. military intervention can only accomplish the very same thing Iran would never tolerate.

If the past is any guide, however, Iran will likely be more effective at propping up the Maliki government. While one may object to their objectives, there’s little denying that the IRGC Quds Forces have shown themselves to be ruthlessly effective, particularly when intervening in civil wars in the Middle East.

Only a few years after the Islamic Republic of Iran was established, and even as it was fighting a life and death struggle with Saddam Hussein, a small contingent of IRGC forces deployed to Lebanon during the civil war and Israeli invasion. Despite operating in unfamiliar terrain that was beset by conflict, Iran quickly built up a militant group that soon became Lebanon’s most powerful military and political force. Similarly, despite America’s massive commitment to Iraq after the 2003 invasion, Iran’s Quds Forces outmaneuvered the United States at every turn during the occupation. Long before the United States withdrew, Iran had made itself the kingmaker in Iraq.

Most recently, and of greatest relevance to the Iraqi case, the IRGC’s intervention in Syria quickly turned the tide of the civil war in Bashar al-Assad’s favor. This stood in stark contrast to the haphazard support the Sunni Arab powers, as well as the West, mustered for the rebel forces. In short, not only does Iran have the same immediate interests as the United States does, but it also has a proven track record of success when intervening in Middle East conflicts. Can America say the same?

The major objection to allowing Iran to save Iraq is that it would strengthen Tehran’s influence in Baghdad. Perhaps. But Iran already exercises substantial control over Iraq’s government, and it’s hard to see what concrete gains any additional influence will bring Iran. Indeed, before Saddam’s overthrow, Maliki and many senior Iraqi leaders had been working with Iran and Hezbollah for decades. And while the United States might have installed Maliki in power, the Iranians were the ones who kept him there after the 2011 elections. In return, Maliki refused to renew the status of forces agreement with the U.S. troops. The Iraqi prime minister has also rebuffed repeated American attempts to get him to stop assisting Iran in its defense of the Syrian government. The reality is that the United States and Iran are not battling for influence in Baghdad anymore. Iran has already won.

By overthrowing Saddam in 2003, and empowering Iraq’s Shi’ites, America handed Iran Iraq on a silver platter. The United States should allow Iran to defend the gains Washington fought so long and hard to secure for it. In doing so, the United States can preserve its neutrality in the conflict and position itself as a peace broker between the opposing sides. By bringing together Iraq’s factions and crucial regional actors like Turkey and Iran, the United States could do far more for Iraq’s future than some ill-advised show of force.