Liz Cheney Is Neither Lincoln Nor Cicero 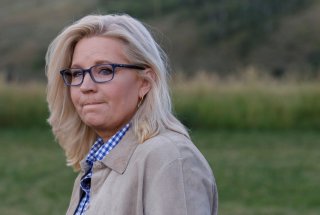 There is something almost paganly admirable about Cheney’s commitment to continuing her father’s work and upholding his good name. How Roman—an imperialist abusing republican virtue (something late-Roman, too, in a family sacrificing one daughter to the political ambitions of the eldest). The elections of Trump and America First candidates have been a repudiation of a particular idea of American strength and American international leadership; they are a condemnation of the George W. Bush presidency and of Dick Cheney.

There will be hundreds of future analyses about the loss of Cheney, most of which will attempt to justify priors. The United States is a changed and chastised hegemon from what it was in 2002, and the dynastic scion who was critical of a minimally transactional president attempting to withdraw from Afghanistan and even Syria is undoubtedly out of place in the current conservative movement. This is an older conservatism returning to form, one predicated on minimal foreign intervention, entanglements, foreign aid, and revolutionary activism, unless absolutely necessary. But a broader comparison to another late republic is therefore prudent and on point.

Consider for a moment that no system or society is without elites, as the organization of any high civilization is inherently hierarchical, and every system needs some form of delegated expertise and decisionmaking. In a monarchical or imperial system, things are pretty straightforward, and there is not much scope of a political choice. Things, however, get complicated in republics, where the foundational concept is one of egalitarianism under the law. That is where the tacit contract between the elite and the governed in every system happens historically, where a set of individuals is given elevated status in society, with the understanding that they would act in good faith, thinking about the benefit of the people within a border first, instead of an imperial worldview about fixing the globe. Citizenship comes with it a distinct identity, which is formed on the basis of a shared space and social contract.

Likewise, populism does not just happen randomly. It has social and economic causes, most notably visible when the populace realizes that the elites are incapable of governing justly, and the governed refuse to consent to that mismanagement. Before Caesar arrived on stage, Rome was already tottering on the brink due to intra-elite competition, and Cicero was already blaming the Romans for welcoming Caesar who simply promised to streamline governance and tend to their material needs. The Roman elite meanwhile banded together against the populist of their time and started a civil war that resulted in the collapse of the republic.

Cheney’s lofty and borderline delusional rhetoric aside, the policies are all actively harmful to the republic she claims to preserve and battle for. The people who democratically voted her out without any Russian influence whatsoever, meanwhile, are far more concerned about a functionally failed state in the southern border, crippling inflation, unlimited tax-funded foreign aid and public spending, race essentialism in schools, and a corporate-funded war on basic biology. And when the elite they voted for refused to reverse those either by legislation or force, they naturally got inclined towards populists. Cheney, of course, thought that the “governed” are either under the influence of foreign disinformation, or worse, just like Cicero, thought that a section of her countrymen is incorrigibly debased.

Yet there is not a single war that she did not support in her tenure in search of some grand crusade at home or abroad, thereby pushing the republic towards insolvency. She quite obviously now supports confronting Russia, going against the ascending nationalist faction within the ranks of her own party—the only opposition to further engagement in Europe, enlargement of NATO, and unlimited foreign aid—that increasingly reflects the will of the people. Meanwhile, the right-internationalists, as well as the Left, are all in on another new crusade against “fascism” abroad and home. They are all worried about “disinformation” and the rise of “far-right rhetoric,” and the threat of Russia, Viktor Orban, Brexit, and Donald Trump to “democracy,” much like Cheney herself. Her supporters in the media think she has to destroy the current Republican party in order to save it. To that cause, Cheney started a new PAC, which will seep money from donors, outspent her opposition before losing, and invoked Lincoln because in her mind she is tasked with saving the Union.

Liz Cheney is no Cicero, or Lincoln, however much she likes to pretend and play-act. But similar to Cicero she is an elite from a political dynasty who failed to understand what forces she unleashed; one who is out of touch with the political direction and mood of the majority. It is her imperative to grandstand and continue to be under crippling delusion, both about her importance and her worldview. But her delusion reminds one of Morgenthau’s warnings about another grandiloquent practitioner of politics but one with a much better sense of reality and justice: “it is a dangerous thing to be a Machiavelli without virtù.”