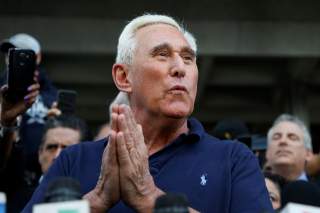 Roger Stone was arrested and indicted Friday morning. Stone surrendered to FBI agents before dawn at his South Florida home. His apartment in Harlem, New York City, was also searched and evidence seized.

The raid and arrest was part of the ongoing Robert S. Mueller III special investigation into the 2016 presidential campaign. Stone was charged with seven counts that include obstruction of an official proceeding and witness tampering.

Stone’s legal team and associates asserted that the indictments were related to what essentially amounted to legal technicalities. Critics of the Mueller inquiry continue to emphasize a lack of a “smoking gun” development, and that the bulk of the legal actions taken against Trump associates relate to alleged obstruction of the investigation itself.

Stone was one of the first advisors to Trump’s presidential campaign but fell out with the candidate in an official capacity by mid-2015. An admitted mischief maker, Stone continued to bolster Trump’s campaign through a variety of informal means. The president appeared to lend moral support to Stone’s plight Friday morning. “Greatest Witch Hunt in the History of our Country! NO COLLUSION!” he tweeted.

A statement from Stone’s staff on his Instagram account also decried the events in extraordinary terms. “This morning's news is deeply saddening. Robert Mueller's early morning raid was straight out of the gestapo's playbook. We must fight for Roger Stone... now more than ever. If they can do this to Roger... they are coming for us next!” his staff said. His attorney, Grant Jones, called Friday’s development “ridiculous.”

Stone is to be released on bail, pending trial. Going forward, Stone’s travel will be restricted to Florida, Washington D.C. and Virginia, and New York. A top Stone associate, Jacob Engels, said Friday he will give his first interview to controversial activist Alex Jones and INFOWARS.

At the core of the special counsel’s inquiry on Stone is alleged communication with WikiLeaks’ frontman Julian Assange and the release of emails damaging to Trump rival Hillary Clinton.

Bloomberg News reports, according to one source familiar with the matter, that the senior Trump campaign official was Stephen K. Bannon. Bannon did not have a comment at press time.

WikiLeaks has been alleged by many to effectively be an arm of Russian intelligence; Assange fiercely denies this.

Stone’s advisory role to major U.S. politicians dates back to the 1970s and President Richard Nixon. He insists the Mueller probe is bogus, and that the investigation is bankrupting him.

Stone, who identifies as a libertarian, has continued his advocacy work and frenetic media schedule amid the investigation. His associate, Engels, has sent me tranches of material related to his marijuana legalization efforts over the past year, and Stone’s allies spiritedly insist he’ll eventually be exonerated.