Loose Sanctions Enforcement Is Letting Iran Off the Hook 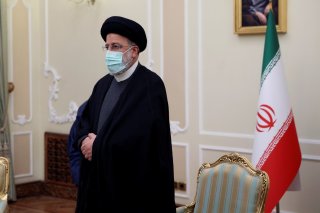 Earlier this month in Vienna, the diplomatic talks between the Islamic Republic of Iran and the P5+1 reached an impasse as Tehran adopted a maximalist stance. The regime’s self-confidence is partly the result of its improving financial situation. The latest data on Iran’s non-oil exports show a 47 percent increase in the first seven months of the Persian year of 1400 (April 2021-November 2021) compared to the same period last year.

Iran’s economy is still suffering from massive inflation, a huge budget deficit, lack of investment, declining labor participation rate, and lackluster growth. Yet one fact cannot be ignored: The economy is doing better, even with all the continuing troubles.

A steady improvement in Iran’s economy without both a revival of the nuclear deal and the full lifting of sanctions may convince Khamenei to take the final step and go nuclear, with the hope that the economy has become resilient enough to resist a new wave of sanctions until the world decides it should normalize relations with the nuclear Islamic Republic.

What is behind Iran’s improving economic indicators, and how can the Biden administration stymie them? Let us look at the non-oil exports.

Non-oil exports, as defined by Tehran, include everything except crude oil. Iran is secretive about its oil exports and does not even declare its total value. While the regime does not provide regular detailed reports on its non-oil exports, it still publishes some details that shed light on its trade.

Iran exported $27 billion of non-oil goods between April 2021 and November 2021, almost $9 billion more than what it had exported in the same period in 2020. This year so far, 56 percent, or $14.7 billion, of the country’s non-oil exports came from petrochemical products and gas condensates.

In other words, Iran’s sanctioned exports to these countries are recycled through their financial systems and Tehran uses the proceeds to import what it needs. Most of the increase in the Islamic Republic’s non-oil exports revenue comes from higher global prices that have no significant relation to Washington’s Iran policy.

Nevertheless, Biden’s Iran policy could have an effect on the discount Tehran offers to its customers. Sanctions have forced Tehran to offer significant discounts to customers due to the increased risk of doing business. Biden’s conciliatory approach to Tehran might have reduced this risk and enabled the regime to give smaller discounts to its customers.

The modest increase in the quantity of Iran’s non-oil exports in petrochemical, gas condensates, and minerals can be the result of the end of the global Covid-19 recession and increased demands for these products. Also, looser sanctions enforcement plays a role, allowing Tehran to sell more.

In a counterfactual world, where the Biden administration had adopted the maximum pressure strategy, doubled down on its sanctions campaign, and found innovative ways to isolate the regime, one could expect the quantity of Iran’s exports to go down—even if insufficiently to neutralize the massive price hikes. Furthermore, by tightening the financial siege of Tehran, Washington could further limit the clerical regime’s access to its revenue and currency reserves.

That is what the Biden administration should do. Global price movements are working against Washington, so the White House should revive and amplify the maximum-pressure campaign to regain the leverage it lost in 2021 through loose sanctions enforcement and changes in the global economy.

If there is a way for the United States to resolve the Islamic Republic’s nuclear crisis through negotiations, something rational people can have reasonable doubts about, it can happen only through pressure not appeasement.

Dr. Saeed Ghasseminejad is a senior Iran and financial economics advisor at the Foundation for Defense of Democracies (FDD) specializing in Iran’s economy and financial markets, sanctions, and illicit finance. Follow Saeed on Twitter @SGhasseminejad. FDD is a Washington, DC-based, non-partisan research institute focusing on national security and foreign policy.