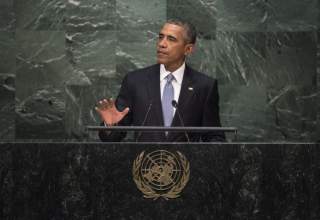 According to conventional wisdom, states in the twenty-first century inhabit a fundamentally liberal world order. And while the current international order certainly has its discontents, most in the West like to believe that most of the world accepts liberal principles as desirable ways of organizing international affairs. Current events, however, highlight the extent to which this conventional wisdom is wishful thinking: international order is not an agreed-upon set of international compacts, but rather the site of vigorous political contestation, and the survival of its liberal character can hardly be taken for granted.

Europe and the United States are the architects and stewards of the rules, norms and institutions that together comprise what is commonly referred to as the liberal international order. The liberal order-building project can be said to have started during the age of Pax Britannica, when the world’s leading great powers—the European empires plus the United States, Japan and, to a lesser extent, the Ottomans—gradually came to routinize certain aspects of their relations with one another. Growing free trade, an expanded corpus of public international law, the use of binding arbitration as a mechanism for settling interstate disputes, formalized institutions and agreements to regulate commerce, communications and the process of colonization—all of these international developments can be considered germs of the present liberal order.

Under American leadership in the twentieth century, this incipient liberal order witnessed at least three distinct phases of meaningful expansion: after World War I, with the ill-fated creation of the League of Nations and various arms control agreements; after World War II, with the foundation of the United Nations and the Bretton Woods international financial institutions; and during the 1970s, with the West’s embrace of individual human rights as a cornerstone of the international community. And with the collapse of the Soviet bloc in the early 1990s, this U.S.-backed system of rules and organizations appeared to be left as the only blueprint for how to orient relations between states. America’s unipolar moment meant that liberal order became total and all-encompassing—or so it seemed.

But as John Ikenberry has noted, the current world order is actually a fusion of two order-building projects: the liberal advances of the nineteenth and twentieth centuries, to be sure, but also the much earlier order-building enterprise undertaken by European states in the mid-seventeenth century, especially in the form of the Peace of Westphalia.

As every student of international relations can recount, the leading powers of Europe convened on Westphalia in 1648 not only to formalize an end to the bloody Thirty Years’ War that had all but torn Christendom apart, but also to establish some basic rules that would reduce the likelihood of future such conflagrations occurring on the continent. Of course, the assembled statesmen did not entirely succeed in this latter endeavor: war was not banished from European soil with the Treaties of Münster and Osnabrück, and far from it. But the order that emerged post-Westphalia did shape European and later world politics in important and long-lasting ways.

Three central pillars of the Westphalian system are especially worth noting, all of which remain in place to this day—at least nominally: juridical equality between sovereign states, an expectation that the territorial integrity of states will be respected and a general agreement not to interfere in the domestic affairs of others. Taken together, these basic rules comprise the core of the so-called Westphalian system and the foundations upon which all future international order-building projects have had to take place—liberal international order included.

International politics in the twenty-first century thus takes place according to two distinct logics: a Westphalian logic, which emphasizes the autonomy and inviolability of states and their respective territorial jurisdictions; and an overlain liberal logic, which insists upon the inexorable eradication of difference between international system’s constituent units. A purely Westphalian world order is one tolerant of pluralism among nations, but liberal order demands that states be obedient to liberal principles in foreign policy (and in significant aspects of domestic policy, too).

Not surprisingly, the Westphalian elements of international order are the most widely accepted rules in circulation today. Few governments, liberal or otherwise, have an interest in renouncing their sovereign rights to independence, autonomy and inviolability. By contrast, the liberal components of world order have much less “buy-in” from national governments. Free trade, democratic government, national self-determination, adherence to international law, respect for human rights—these things are far from universally cherished, with only a subset of the international community being dedicated to their maintenance.

At a very basic level, then, there is a cleavage in world politics that pits some states (Russia, China, other non-liberal states) that see the Westphalian system as “enough” when it comes to organizing international politics against others that are committed to defending and extending liberal extensions to the Westphalian foundations. What is more, several of today’s most prominent international crises can be considered manifestations of this fundamental disagreement. And nowhere is this clearer than in Syria, where the liberal West and its non-liberal detractors visibly compete over how to define and apply the international rulebook.

Predictably, the United States and its allies look to the liberal aspects of world order when making their arguments about Syria. The West insists that Assad is committing war crimes against his own people, that certain rules must be followed even during the prosecution of warfare, that the outside world has a responsibility to protect civilians from harm and indignity, and that state sovereignty cannot and should not be used as an excuse to literally get away with murder. The Westphalian order is no order whatsoever if its rules permit the mass slaughter of innocent people.

Assad and his backers, however, have no difficulty in mustering rebuttals to such charges. Syria is a sovereign state, they say, and its government thus has a monopoly on the legitimate use of force within its borders. Foreign militaries have no business conducting operations in Syria without the say-so of Damascus. It is up to the Syrian people, not outsiders, to decide upon a form of government and to choose their leaders. And unless national authorities are allowed to maintain order within their own sovereign spaces, there can be no hope of peace anywhere on the globe.

For many in the West, it seems obvious which side is right: strongmen like Assad and Putin clearly are guilty of abject cynicism and ruthless pragmatism. Such rulers use the vocabulary of international rules only when it suits them; they pose as faithful devotees to the strictures of international law because they are desperate for any rationale that might excuse their brutal exercise of power. If these same rules stood in the way of their political ambitions then they would just as easily trample all over them. Who in their right mind would take a lesson on proper international conduct from Bashar al-Assad, a man whose government uses barrel bombs to terrorize civilian populations, or from Vladimir Putin, who brazenly used the language of national self-determination to justify the invasion and annexation of Crimea?

But charges of cynicism and outright hypocrisy can cut both ways. It is true, after all, that war is only justified under international law if waged in national self-defense or if authorized by the UN Security Council. Neither of these conditions would appear to be met with regard to U.S. bombing missions against targets in Syria (not to mention the 2003 invasion of Iraq). Nor is it uncommon for the West to turn its gaze from egregious violations of human rights, or to unevenly apply international rules, such as by backing Kosovo’s declaration of independence while opposing self-rule for other breakaway regions.

The truth is that international order is a messy, contested and often contradictory bundle of purported rules and expectations; it certainly does not provide a clean and clear-cut set of principles that can be applied in an objective fashion by world leaders. Instead, international order offers a variety of normative prescriptions that statesmen can and do use to justify vastly different policies, both liberal and decidedly non-liberal alike. International order is a repository of norms, but it is neither fixed nor agreed upon, and there is nothing inherently liberal about it.

The humanitarian crisis in Syria is the latest in a long line of international disputes that point to the ongoing contest over who will control the international order in the future—that is, who will define its contents and rule on its application. Today’s non-liberal states can be relied upon to vigorously maintain the primacy of Westphalian norms, which appeal to them now just as they once appealed to the monarchical despots and religious bigots of seventeenth century Europe. Ranged against them, liberal states and their domestic publics will continue to try to make the entire world in their own image, rarely pausing to recognize the hubris inherent in their actions.

It is too early to sound the death knell for liberal international order, but what events in Syria and elsewhere do seem to highlight is that the liberal edifices of world order command significantly less respect—both in words and in deeds—than do Westphalian principles when it comes to the application of actual rules. And if this is true today then it will even more true in coming years and decades. The liberal world order is fading. Westphalia, briefly obscured by the shining light of liberalism, is reemerging; ancient and well-worn, perhaps, but still hulking, resilient, and indomitable—and perhaps even irreplaceable.