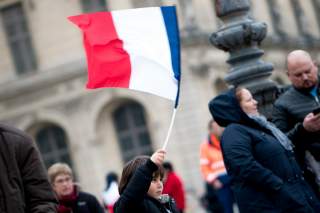 The 2017 French presidential elections have finally ended after a brutal, raucous campaign, filled with scandals, accusations and contentious debates. In the end, centrist Emmanuel Macron triumphed over far-right Marine Le Pen by a comfortable 65.8 percent to 34.2 percent margin. It appears that the French public is not quite ready to embrace the National Front’s radical makeover of their country and economy. Now comes the hard part—the June legislative elections and how Macron will seek to live up to his promises of creating a better France.

Why did Macron, who never had sought elective office prior, end up capturing the presidency of the European Union’s second-largest economy and one of the world’s longest-standing democracies?

First and foremost, Macron was able to sell himself to the French voter as an outsider vis-à-vis older, established and, in some cases, corruption-tainted political leaders and their parties. A jaded French public watched outgoing president François Hollande preside over a near-stagnant economy, a rise in radical Islamic terrorist attacks and a distracting love life.

In contrast, Macron was not a career politician nor was his name associated with any major scandals. His path was different from those of the Socialist candidate Benoit Hamon, the far-left Jean-Luc Mélenchon, Republican François Fillon and Le Pen (who also portrayed herself as an outsider). Instead, Macron was an investment banker at Rothschild & Cie Banque and from there was appointed to President Hollande’s government, eventually serving as minister of economy, industry and digital affairs. In the last post he pushed through business-friendly labor reforms. In 2016, he resigned from government to launch his presidential campaign and create his political movement, En Marche!

Another major factor in Macron’s victory is that he offered movement on reforming the economy. Since 2008, the French economy has been relatively stagnant. According to the International Monetary Fund, real GDP growth in 2016 was an anemic 1.2 percent and the forecast for 2017 is a marginally better at 1.4 percent. Unemployment, the bane of the French economic picture, was 10 percent last year, with 9.6 percent forecast for this year. France is also struggling with a long string of budget deficits, rising public-sector debt (121 percent of GDP) and has one of the highest government spending to GDP ratios (57 percent) among advanced economies.

France’s poor economic performance becomes even more significant when it is compared to its neighbor and rival power within the EU, Germany. The German economy has expanded at a faster pace since 2008 and unemployment was 4.2 percent last year. Germany ran a fiscal surplus last year and is expected to do the same this year. Moreover, Germany’s public sector debt to GDP stands at a little under 80 percent and its general government spending to GDP is around 44 percent (according to the Organization for Economic Cooperation and Development). Germany is the EU’s economic locomotive, not France, something that has not gone unnoticed within France.

Macron also benefited from the fact that what Le Pen was selling was not palatable to most French voters—at least not yet. Le Pen offered a menu of strong nationalism, protectionism and pessimism, which carried with it radical policy shifts, such as pulling out of the euro, leaving the EU and a foreign-policy alignment that would have downplayed the West and lifted up relations with authoritarian Russia.

While the idea of taking a stronger stance against the perceived tide of immigrants, mainly from Muslim countries, and related terrorism had an appeal in parts of France, the idea of uprooting trade and economic arrangements in place since the 1950s ultimately failed to carry a majority for Le Pen. Indeed, parts of the Le Pen message as well as some racially charged gaffes by other National Front members repelled many French—enough for some of them to hold their nose and vote for Macron. Making matters worse for Le Pen was that in her effort to expand the National Front’s reach, she played down her anti-EU policy proposals. This probably failed to bring new voters on board, but left others unclear as to where she actually stood.

One last reason for Macron’s victory is that at the end of the campaign, he was able to offer a more positive message of where he wants to take France. “One side is independent centrist Emmanuel Macron, liberal, international and optimistic, who has come close to the presidency through a series of lucky breaks,” Harriet Agnew of the Financial Times said in a May 5 article. “On the other, National Front leader Marine Le Pen, nationalist, protectionist and pessimistic, with links to Russian president Vladimir Putin.”

What comes next is central to the success of the Macron presidency—the June elections for the 577 seats of the National Assembly. The upcoming vote offers an important opportunity for Macron to further develop his political party, En Marche!, with the hope that it can win a majority. This would allow him to avoid submitting to a form of power-sharing, referred to as cohabitation. Under that arrangement the president and the prime minister are from different parties, the latter representative of the party (or parties) with the largest bloc of seats in the National Assembly.

What will be closely watched is how the National Front will perform in the legislative elections. In the outgoing National Assembly the Far Right party held only two seats. The OpinionWay-SPLV gives the National Front between fifteen and twenty-five seats. Although Le Pen lost the presidential vote, she did win 10.5 million votes, giving the National Front a historic high in the election. In the aftermath of the vote, Le Pen quickly asserted that the National Front is the true opposition, considering the large number of votes garnered and that the two traditional parties—the Republicans and Socialists—did not even have a candidate in the second round.

Although Le Pen’s performance in one-on-one debate with Macron hurt her, she still managed to take the Far Right to 35.5 percent of the vote for the highest office in France. If nothing else, Le Pen’s candidacy demonstrated the depth of anti-immigration and anti-EU sentiment in the French body politic. This allows her to be considered as a more serious opposition force, which could translate into higher-than-expected gains in the National Assembly.

The 2017 elections represent a historic break in the life of the French Fifth Republic, which commenced in 1959. It was the first election in which the traditional parties of the right and left failed to send a candidate for president to the second round, while it gave the country’s Far Right the most votes ever in a national election. Replacing the old left-right divide, the new political delineation is between a liberal, pro-globalization stance and an inward-looking populism guided by a close the border mentality.

Another potential break in France’s political life under the Fifth Republic is that En Marche! could join the ranks of major political parties. That will depend on the June election results. All of this reflects a changing of the political guard in France, something long needed, but a process filled with uncertainty and far from complete.

Over the next year there is a heavy political calendar in Europe, including the June 8 United Kingdom elections and the September German elections, as well as an election sometime in the next twelve months in Italy. There are also a number of fragile political situations in the Balkans (Macedonia, Bulgaria and Montenegro), not to mention Turkey’s slide into authoritarianism. Along these lines, European democracy is being challenged from multiple quarters, making what happens in France important. It is, after all, one of the EU’s democratic and economic cornerstones. The end of the French presidential election has brought relief in Brussels and Berlin, but for Macron the hard work is just starting.