Madagascar Wakes Up to ISIS 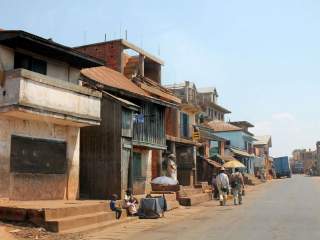 In the wake of the November 13 attacks in Paris that left 130 dead and hundreds injured, authorities in the Indian Ocean island-state of Madagascar arrested a man suspected of terrorism and for having Islamic State sympathies. Temporarily taken into custody on November 20 in Antananarivo, Madagascar’s capital, the man was reportedly a Malagasy of Indo-Pakistani origins who had used social media to preach Islamist hatred and anti-French sentiment, even going so far as to praise the attacks in Paris. He has since been released from custody due to a lack of evidence of terrorist activities, but the case has worried French and Malagasy authorities. Accordingly, they have taken precautionary measures on the island, including increasing the security for French institutions such as the embassy, consulates and various lycées spread throughout the country.

While Madagascar rarely figures amongst states associated with global terrorism, the November 20 case shows that there is cause to worry about the future of the Île Rouge (the “Red Island”). Moreover, the island faces numerous structural problems that could be easily exploited by terrorist groups. For one, the east African island lies at the southern edge of international piracy emanating from Somalia. In recent years, there has been a notable growth of piracy around Madagascar and the Comoros Islands. Pirates have been forced to attack vessels further afield from their bases in Somalia due to the concerted efforts of the international community and improved security measures by ships sailing near the Somali coast and the Gulf of Aden. This geographical destiny tied to a growing illicit arms trade on the island, as well as notoriously porous borders, will pose significant policing challenges in the year ahead.

Additionally, Madagascar has a history of severe political instability, leading to multiple leadership crises over the past forty years. The end result of such long-term volatility in the former French colony has been predictable: a collapse in government effectiveness, elite infighting, rampant corruption and the creation of a sizeable black-market economy.

Perhaps more controversially, following the arrest of the Islamic State sympathizer on November 20, Madagascar’s Minister of Public Security Blaise Richard Randimbisoa publicly greenlighted the surveillance of more than a hundred Islamic schools. The enhanced scrutiny of the island’s Muslims, around 7 percent of the total population according to most recent statistics, has reportedly strained relations between the central government and the Muslim community, which is mainly centered along the northern coastal regions of the island as the result of centuries of trade amongst Arabs, Indians, Comorians and Africans. While authorities are seeking to understand the recent and considerable growth in “Koranic schools” and identify potential signs of radicalization, the move could prove to cause a degradation of security and trust in the region. This is because government surveillance has unearthed painful memories of ethnoreligious clashes in the 1970s between the mainly Sunni Muslim Comorian population and mainly Christian ethnicities in the north, which culminated in the 1977 massacre of thousands of ethnic Comorians and led to a mass exodus of reportedly 17,000 for the nearby islands of the Comoros. Consequently, in order for Madagascar’s authorities to succeed in identifying any radicalization without stoking ethnoreligious tensions, they will need to exert a soft and reconciliatory touch vis-à-vis the local Muslim community.

It has even been documented that terrorists have taken advantage of Madagascar’s lax visa system. The ease of visa distribution has allowed them to stay for up to three months (known in French and Malagasy as a court séjour visa) on the island before heading to another destination. For anyone doubting that jihadists may be aware of Madagascar’s advantages, it should be recalled that Mohammed Jamal Khalifa, Osama bin Laden’s brother-in-law and a well-known terrorist financier, was killed in a mysterious raid on the island in January 2007. According to reports at the time, Khalifa had been in Madagascar at the time of his death to oversee investments in the mining and trading of precious stones, a difficult-to-trace source of income, when “a gang of twenty to thirty gunmen” raided the house where he was staying, killing him and stealing his computer and documents before vanishing. While no entity has taken credit for the raid, it has been publicly acknowledged that the overwhelming evidence of Khalifa’s efforts to support global terrorism made him a wanted man in many Western capitals.

It appears that with the recent arrest on November 20 of the man suspected of Islamic State sympathies, authorities in Madagascar have opened their eyes to the potential threat in their midst. Blaise Richard Randimbisoa, Minister for Public Security, even recognized that the country figures among the top twenty-five countries considered potential safe havens for terrorists and that as a result they must be ready for “all kinds of contingencies” and to work hand-in-hand with Interpol, France and the United States. The newfound urgency may also be the partial result of Madagascar being named host of the Sixteenth Summit of the International Organization of the Francophonie (OIF). The OIF summit, slated for 2016, will bring together the heads of state of more than sixty countries, and thus representing a significant security challenge for the poor island country.

While it remains to be seen whether or not Madagascar and its historically inept institutions are up to the task of resisting global terrorism in the years ahead, it should be obvious that the international community must help give the island a fighting chance.

Stephen Rakowski is an Africa Intelligence analyst based in the San Francisco Bay Area.