Making Government Work: Why the Pentagon Must Pass a Clean Audit 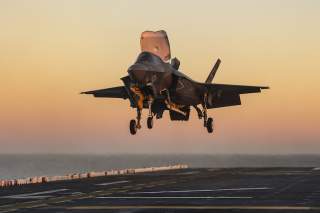 These days, few things in Washington elicit bipartisan action. But when it comes to wasted or unaccountable taxpayer dollars, party lines can be crossed quickly. This was certainly the case in 2008, when one of us (Tierney) broke through the ideological divide and co-sponsored legislation requiring the formation of an independent commission to investigate contract waste and fraud in Iraq and Afghanistan. That Commission on Wartime Contracting in Iraq and Afghanistan, co-chaired by the other of us (Shays), ultimately found that up to $60 billion of U.S. taxpayer money had been lost. Such an eye-popping figure illuminates how public resources can be wildly mismanaged and abused without proper oversight.

Unfortunately, contract waste and fraud is only the tip of the iceberg. With the largest discretionary budget of any federal executive department, it is unconscionable that the Pentagon cannot account for how it spends its roughly $600 billion in annual resources. In fact, it is illegal.

The Department of Defense is required under federal law to pass an audit every single year, just like the private sector and every other major federal agency. Yet it has never happened. Not once. It is now time to take the next step toward public accountability by pressuring the Pentagon to complete a full audit through bipartisan legislative action.

An audit is a critical tool used to ensure accountability through the verification of records. When an entity purchases items and services, an audit determines the accuracy and reliability of the financial records covering those transactions. As is obvious, the Department of Defense (DOD) oversees very large numbers of major purchases. But absent an audit, the public has no reasonable assurance that DOD’s records are dependable, or that the Department is spending money as authorized by elected leaders.

Still, passing an audit is more important than simply proving clean bookkeeping. A lack of financial accountability can actually severely weaken troop readiness and adversely impact national security. Between 2003 and 2011, the Army lost track of approximately 240,000 pieces of equipment, valued at nearly $6 billion. As a result, the Pentagon’s Office of Inspector General determined that the Army “may experience equipment shortages that could hinder their ability to train soldiers and respond to emergencies.”

Direct waste is also exacerbated by bad bookkeeping. Examples abound: nearly $3 billion spent on an unsuccessful surveillance balloon and $1 billion for an integrated Air Force computer system that never worked. Toilet seats costing hundreds of dollars and coffeemakers purchased for thousands. Over just the past eight years, more than $33 billion of wasteful Pentagon expenditures have been documented by the nonpartisan Center for International Policy.

In a finite budget environment, any wasted or lost defense dollar erodes national security that could have been boosted, particularly when the wasted dollars stretch into billions. Though an audit would not immediately solve widespread waste, fraud, and abuse, it would tell the Pentagon – and the public – exactly what it has been purchasing and for how much.

Thus far, actual Pentagon attempts at passing audits have been abysmal failures. Congress, recognizing the need for oversight of taxpayer expenditures, passed the Chief Financial Officers Act in 1990, which mandated that all major federal agencies pass an audit by 1992. The Pentagon has never done so, consistently being scored with a “disclaimer.”

Recognizing the issue, in 2009 Congress set a new legislative deadline of September 30, 2017 to accompany the Pentagon’s internal audit readiness efforts (which originally set a failed goal of audit readiness by 2014). With less than a year to the deadline, the situation can hardly be described as improving. The Pentagon’s Office of Inspector General concluded in July that the Army, in an attempt to balance its books on paper, had to make numerous wrongful adjustments totaling an incredible $6.5 trillion in 2015 alone.

Bipartisan pressure is needed now more than ever. Thankfully, both the Democratic and Republican party platforms call for the Pentagon to pass a full audit. And legislatively, bills in both the House and Senate would inflict proportional and appropriate penalties upon the Pentagon if it fails to meet the September 2017 audit readiness deadline, including small reductions in the agency’s discretionary spending, or the removal of fund transfer authority. These proposals have broad support across the political aisle and would incentivize the Pentagon to make itself audit-ready for the first time in history.

With military spending representing more than $600 billion, or approximately 16 percent of the entire federal budget, our military personnel and taxpayers deserve a Pentagon that promotes national security through sound financial decision-making and accountability immediately. Failing to pass an audit is inexcusable.

This is part of a series of pieces by sponsored by the Pentagon Budget Campaign, a transpartisan campaign comprised of conservative and progressive organizations. The campaign seeks a vision for U.S. national security with less emphasis on wars and more focus on economic security.