The Man Who Knew Russia: A Tribute to Stephen F. Cohen 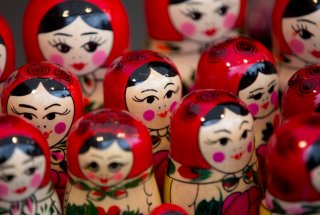 I knew Steve Cohen for over fifty years from my time with the New York Knicks (he loved basketball) to the U.S. Senate (he loved politics) to business (it couldn’t hold his attention). He was a public intellectual with core convictions informed by history. His magisterial biography of Nikolai Bukharin established his academic reputation. When I read it in the 1970s, it changed the way I thought about the origins of the Soviet Union. For Steve, ideas lived and language made a difference. He often marshaled his great clarity to challenge the status quo. Whether he was smuggling Solzhenitsyn novels into the Soviet Union in the 1970s, advising CBS News during the Gorbachev years, pleading with everyone to avoid a second Cold War or lecturing to a rapt class, he always expressed what he saw as the truth. Above all, he felt the Russian spirit, the pain of Russian history, and the irrepressible humanity of the Russian people.

As a U.S. senator, I traveled often to Russia during the 1980s when Mikhail Gorbachev was in power. Steve saw Gorbachev as having potentially a seminal role in the history of the world and he made no bones about it. With literally hundreds of Russian friends in the arts, journalism, academia, and government, Steve encouraged me to get to know the Russian people and the Russian land. So for six years between 1985 and 1992, I would travel the country from Moscow/St. Petersburg to Irkutsk with just one staff member and a friend of Steve’s who worked for the U.S. Information Agency and was a Ph.D. in Russian culture and language. We would often have meetings with Soviet officials in their offices and then we would go out and meet people in the streets or subways, at literary societies, and around Russian kitchen tables. On one of these trips, I asked a woman exiting the Tashkent subway what Perestroika and Glasnost meant to her. She paused before replying, “A new life for my children.”

When I came back from those trips, I would have lunch with Secretary of State George Shultz and tell him what I had seen, heard, and felt, which he said was much different from those things that the CIA was telling him. Through many sources, Shultz recognized that Gorbachev was a special leader, convinced Reagan of it and the Cold War ended.

When Boris Yeltsin succeeded Gorbachev and the economy went into a free fall with inflation at 1000 percent and a poverty rate of over 30 percent, Steve would say that Russia needed an FDR and instead got a Milton Friedman, leading to the rise of a kleptocracy.

Any good politician knows that when someone is down you call them up and tell them you’re with them and that you know they’ll get through the difficult times. The United States didn’t do that with Russia. We sent free-market ideologues without any understanding of Russian history and with little appreciation for the emotional trauma and wounded pride that the end of the Soviet Union brought to Russia. When the Russian intelligentsia offered advice on how we could work together in the world we just kept on doing what Russians felt was contrary to their interests—NATO expansion, missile defense, Iraq, Kosovo, and Libya.

As we disregarded Russian fears and ignored the chance for a true partnership, Steve worried about the resumption of hostile relations between our two countries and possibly a new Cold War. He held out hope that America would come to its senses. That view increasingly was not popular among the American foreign policy establishment and the media. In fact, in Steve’s last seven years, the New York Times rejected every op-ed he submitted. Some people even labeled him “Putin’s apologist.” Those comments hurt Steve deeply because he was first and always an American but one who could appreciate the legacy of Russian history and the opportunity that existed when tectonic plates shifted. Above all, he knew that it took courage and real leadership at the highest levels to create something new.

The relation between Steve and Gorbachev extended to their families. Gorbachev once told Steve that Steve’s relationship with his wife Katrina reminded Gorbachev of the one he had had with his wife Raisa, who was his inseparable soul mate until she died in 1999. And when Steve’s number two daughter, Nika, developed a consuming interest in both basketball and Russia, she honored her father’s roots in Kentucky and his contribution to the world.

For those of us who knew and cared for him, we will carry with us the memory of a good man who tried to make a difference on a very large stage and who never let the slings and arrows of criticism slow him from calling it as he saw it.

Bill Bradley is a former member of the New York Knicks, a former U.S. Senator, and a presidential candidate in 2000.