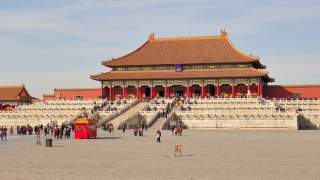 Rigorous, measured, readable scholarship is always in insufficient supply generally. It is particularly so concerning the vital issue of U.S.-China relations. The world is awash in books on the twenty-first century’s most important bilateral relationship, but even amid this torrent The China Challenge: Shaping the Choices of a Rising Power by Princeton University professor Thomas J. Christensen represents a unique contribution. Given the difficulties inherent in its weighty subject, the volume will remain relevant for years to come. Above all, it offers Christensen’s unique perspective as a leading scholar on the topic who has also served as a high-level diplomat—namely, as Deputy Assistant Secretary of State for East Asian and Pacific Affairs with responsibility for China, Taiwan, and Mongolia.

Christensen writes clearly, in active voice. He substantiates his points with wide-ranging but carefully distilled data and citations. He frequently offers personal recollections (literally dropping his coffee upon reading news that China voted for UN Security Council Resolution 1970, referring Qadaffi’s government to the International Criminal Court). He offers deep reflection, and makes connections that are both vivid and relevant. This is at once remarkably accessible and represents the thinking person’s guide to understanding Sino-American relations. If you want overwrought and simplistic narratives, this is not the book for you. Here is what it does offer:

- A compelling case that today’s international system allows the United States and China to coexist peacefully and further common interests and responsibilities, even as they continue to compete in specific areas.

- Reason for nuanced concern: China remains far from surpassing the United States, but will pose problems even without catching up.

- A positive vision for bringing a rising China further into the twenty-first century international system, and for shaping its policy choices in a mutually-favorable direction.

- Detailed insights into what approaches have been more, and less, effective in influencing Beijing’s behavior productively.

- Specific recommendations for subsequent U.S. policymakers, including the next president, to address these important issues.

To accomplish these important but difficult tasks, Christensen begins by establishing a strong analytical foundation. With a scholar’s detachment, he tackles theoretical misconceptions head-on, drills down analytically, and pays attention to essential economic underpinnings that all too many professors of international relations and security studies ignore. He emphasizes, for instance, what any industry expert will patiently explain, but which few academics or politicians understand: “rhetoric about energy independence… is fundamentally misguided and misinformed. Oil is a globalized commodity and no one can cut the United States off from supply….” Christensen scrutinizes Chinese trade figures and finds that these statistics are inflated by increasing dependence on foreign oil—a sign of potential vulnerability rather than strength. As he summarizes, it “makes no sense” to view Chinese energy dependence as “a source of national power.” Yet that is precisely the outcome if statistics concerning energy imports are not considered correctly. This is one of many instances in which Christensen’s scholarly attention to detail provides important context for assessing China’s trajectory and influence.

While Christensen is respectful to all whom he mentions (a trait for which he is known), he is not afraid to highlight unsound or unsubstantiated assertions that have gained undeserved traction in China policy debates. This includes what many would see as flip-flopping by Paul Krugman on the impact of Chinese economic growth on the United States. Similarly, Christensen eschews “direct comparison of numerical indicators, free of context, to judge military advantage.” This is a refreshing alternative to blanket assertions that the U.S. military or its budget is larger, by a given metric, than some number of other countries’ assets combined. In examining historical levels of American defense spending, Christensen rightly rejects “the argument that somehow the defense budget is undercutting the overall economic foundations of U.S. power.” It is likewise noteworthy that Washington enjoys formal defense commitments with sixty-two political entities. By contrast, Beijing has only a formal alliance with Pyongyang, a security partnership with Islamabad, and defense cooperation with Moscow. With partners like those…

Christensen exposes revisionist history that pervades even well-meaning Washington circles, not to mention the greasy engine room of retail politics. Many improvements to American focus on, and presence in, the Asia-Pacific currently credited exclusively to President Barack Obama in fact began under President George W. Bush. Christensen makes a reasonable case that “Almost all of the major military aspects of U.S. policy now associated with the pivot were in motion before the surge in Iraq in 2006….” Christensen is right to point out that there is often a lag between a major policy shift and the positive manifestations for which a leader later claims credit.

With respect to the Asia-Pacific rebalance, however, this reviewer would argue strongly that mismanagement of the Iraq War and associated grave blunders cast from the beginning—and continue to cast—a long shadow indeed over other U.S. efforts abroad, including vis-à-vis East Asia. The vast human toll, the necessary expense of caring for those who have so heroically borne the nation’s burden, the repeated focus on employing ground forces and otherwise striking inland actors at the expense of deploying sophisticated systems optimized for deterring major power aggression in the maritime Asia-Pacific, the lingering public fatigue in supporting ambitious initiatives overseas, and even what many consider a partial overreaction by Barack Obama in his hesitation to wield the instruments of national power—all are direct consequences of errors by George W. Bush. Few, if anyone, would disagree that the younger Bush’s Asia policy was far more effective than his disastrous approach to the Greater Middle East. Yet while—as in so many cases—the optics were worse than the reality, during his presidency limitations on high-level visits to East Asia left many in the region understandably concerned that Washington was paying insufficient attention. When these factors are considered, Kurt Campbell’s 2005 observation holds meaningful relevance even today: “Rarely in history has a rising power made such prominent gains in the international system largely as a consequence of the actions and inattentiveness of the dominant power.”

Despite flawed decisions of the president he served, however; and thanks to his own positive efforts as both scholar and practitioner, Christensen has produced a work that is about far more than China and the United States alone, but also about security in today’s international system. As John Mearsheimer and other tragic pessimists fail to appreciate, but as Christensen argues persuasively, the world today is fundamentally different from its pre-World War I antecedents. This is thanks to transnational production chains in particular, but also because of the integrative power of real-time world financial markets and extensive international organizations, together with the inescapable deterrent power of nuclear weapons. In short, today’s global system is interdependent as never before. Moreover, war does not “pay” the way that it used to: territorial conquest no longer represents a promising means of augmenting economic and international power. For all this, we are more fortunate than perhaps we typically appreciate.

Against this increasingly interconnected backdrop, Christensen gives transnational production networks the emphasis that they deserve. More than half of China’s exports (90% of its high-tech exports) are assembled by foreign-invested firms, typically using at least some foreign-sourced components. “Those products might more accurately be labeled ‘Made in Asia’,” Christensen writes memorably, “or even ‘Made on Earth!’” He invokes Edward Steinfeld’s “example of an iPod assembled… in a Taiwanese-owned plant on mainland China using American and Korean know-how and a hard drive made by a Japanese manufacturer, itself with a factory based in China that uses components imported into China from third countries.”

This vivid dissection of today’s international system establishes the basis for the approach Christensen advocates for U.S. China policy. Pragmatism is in order. There are many common interests; the game is not zero-sum. Despite important differences, there is no need for Cold War-style containment. Yet the United States must remain strong, maintain presence, and stand up proactively for its interests and values.

Indeed, despite globalization, considerable obstacles to Asian regional integration remain. The United States has a useful role to play in the Asia-Pacific, and the universal concepts it promotes should not be seen as inherently alien or colonial in nature. Specifically, just as mathematics are not viewed as “Arabic or Asian” today and important intellectual disciplines are not regarded as “European,” “international institutions are not intrinsically Western, even though they have their roots in the post-World War II consensus.” In an observation that this reviewer believes supports some of the important work of his Princeton colleague G. John Ikenberry in After Victory, Christensen notes that “the greatest beneficiaries of that system have not always been the leaders who created it.” Where Christensen differs respectfully from Ikenberry, and this reviewer concurs, is in his argument that labeling international institutions “Western” is counterproductive. Case in point: China has unquestionably benefited more from the current global order than any other nation, particularly since joining the World Trade Organization in 2001. Post-1978, no nation has done more than the United States to facilitate China’s rise.