The Marine Corps’ Force Design 2030 Is Regression, Not Progress 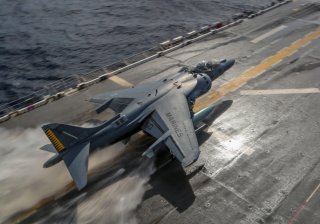 Erik Khzmalyan argues (May 2) that by once again subordinating itself to the U.S. Navy, the U.S. Marine Corps will somehow ensure its independence and thereby its survival. He has an interesting reading of history.

What Khzmalyan and General David H. Berger, the thirty-eighth commandant of the U.S. Marine Corps, propose is regression, not progress.

Marine Corps independence was achieved with the 1986 Goldwater-Nichols Act, which among other things formally established the Marine Corps as a co-equal component of the joint force rather than a Navy subsidiary. As a result of Goldwater-Nichols, each joint force routinely includes a Marine service component, and Marine formations can serve as the basis for a joint task force, joint land component, joint air component, or joint special operations component. Component status also allowed Marine Corps forces to contribute as an equal to the Department of Defense’s future acquisitions through the Integrated Priority List but suborning the Corps’ units to a Fleet Commander’s own sense of priorities does not create independence, but the opposite. It was a long, hard fight to win that independent status. But it is a status the commandant of the Marine Corps apparently would willingly surrender. In 2019, he wrote in The Commandant’s Planning Guidance:

In 1933, the establishment of the FMF [Fleet Marine Force] under the operational control of the Fleet Commander generated great unity of effort, operational flexibility, and the integrated application of Navy and Marine capabilities throughout the maritime domain. The 1986 Goldwater-Nichols Act, however, removed the preponderance of the FMF from fleet operational control and disrupted the long-standing Navy-Marine Corps relationship by creating separate Navy and Marine Corps components within joint forces.

In fact, the commandant’s Force Design 2030 does not propose a return to the Corps “traditional functions” at all—unless subordination to the Navy counts as a function. If there is a traditional function of the Marine Corps, it is to provide a rapidly deployable, general-purpose force-in-readiness able to respond to any crisis in “any clime and place.”

The commandant, by contrast, proposes to turn the Marine Corps into an antiship missile force and/or a reconnaissance/counter-reconnaissance force (depending on which document you read) operating from Pacific islands in support of a naval campaign for sea denial. He would incorporate into the Marine Corps capabilities that other services already possess in greater numbers than the Marines ever will.

Here is a short history of Marine Corps operations from the sea during the early 1990s, the period in which Khzmalyan suggests the Marine Corps lost its raison d’être: During Operation Desert Shield, I Marine Expeditionary Force (I MEF) deployed to Saudi Arabia, where it linked up with equipment delivered by maritime prepositioning ships, a unique Marine capability. During Operation Desert Storm, the 5th Marine Expeditionary Brigade (MEB), with a ground combat element of one regimental landing team, conducted an amphibious demonstration off the coast of Kuwait that tied up six Iraqi divisions.

The reason there was no amphibious assault was not a fear of sea mines, as Khzmalyan states, but that such an assault was not necessary. According to Gen. Walter Boomer, I MEF commander during Desert Storm, in a recent email:

The real reason we did not conduct an amphibious operation boiled down to only one thing. Given the area was occupied by a significant number of enemy troops we would have used a great deal of prep fire to ensure a successful operation. Gen. S[chwarzkopf] was adamant that we not destroy any more of Kuwait than necessary. He asked me if I could accomplish the [MEF’s] mission without the amphibious landing. My answer was yes as long as there was a deception plan enacted to keep the Iraq forces tied to the coast. It was that simple and the rest is history.

In January 1991, elements of 5th MEB conducted Operation Eastern Exit, the daring noncombatant evacuation (NEO) of the U.S. Embassy in Mogadishu. In April 1991, the 24th Marine Expeditionary Unit (MEU) participated in Operation Provide Comfort to protect Kurdish refugees and provide humanitarian assistance in northern Iraq. In May 1991, elements of I MEF returning from the Gulf War participated in Operation Sea Angel, the humanitarian assistance/disaster response operation after a deadly cyclone struck Bangladesh. In December 1992, the 15th MEU participated in United Nations (UN) peacekeeping operations in Somalia called Operation Restore Hope, and starting in December 1993, the 11th MEU participated in the follow-on Operation Continue Hope. Finally, in early 1995, I MEF formed a combined task force that put Italian Marines and U.S. Marines from 13th MEU ashore to cover the final UN withdrawal from Somalia.

All in all, the 1990s were a sustained demonstration of the Corps’ utility as the nation’s force-in-readiness—not to mention a pretty busy time for a service that had supposedly just lost its reason to be.

It has been suggested that the Marine Corps somehow “walked away” from its naval roots during its long commitment to fighting in Afghanistan and Iraq. This is a myth. (It is worth remembering that Operation Enduring Freedom began with the sea-based operations of naval Task Force 58 under then-Brig. Gen. James Mattis against the Taliban in southern Afghanistan.) Even though committed to sustained operations ashore, the Marine Corps continued to maintain its regular MEU deployments throughout those war years. In fact, combatant commander requests for MEUs have exceeded the Navy’s ability to provide the necessary amphibious shipping. As a result, the Marine Corps responded by forming three crisis-response Special-Purpose Marine Air-Ground Task Forces (SPMAGTFs) to meet the demand, one each for Central, Southern and African Commands.

So, no, the Marine Corps has not walked away from its naval roots but continues to perform its mission as a naval force-in-readiness.

This is not an argument for the status quo. Advances in precision weaponry certainly have increased the challenges of deploying and employing military forces in high-end warfare. But instead of inventing a new mission, the Marine Corps should be looking to develop the capabilities that will allow it to continue to perform its force-in-readiness mission on the changing battlefield.

Khzmalyan’s closing is worth a careful look:

Maintaining its independence should be a top priority for the Marine Corps. Berger’s vision seeks to cement the service’s unique characteristics and prepare the Marines for a contingency in the vastness of the Indo-Pacific.

Maintaining a service’s independence indeed should be a priority for any service chief. Subordinating that service to another service that is ambivalent about supporting it is an odd way to go about it. The commandant’s vision hardly cements the Corps’ unique characteristics, which are its capabilities as a general-purpose force-in-readiness. It is true that the commandant’s vision seeks to prepare the Marine Corps for the contingency of a war with China in the Western Pacific, but committing the Marine Corps to a specific, unlikely conflict at the expense of the ability to meet a wide variety of other, more likely contingencies is a bad bet.