Mark Perry: Farewell To a Friend in a Time of Loss 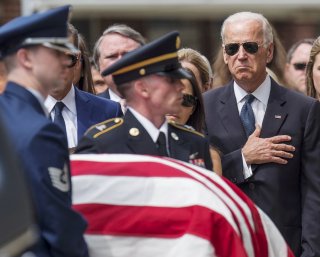 Only the future conditional tense can deliver the sense of how my friend Mark Perry, the distinguished defense and national security writer, would have reacted to the demise of the U.S.-backed Kabul regime, a week after Mark’s own death on August 8.

With an array of long friendships within the U.S. military, Mark wrote about America’s renewed participation twenty years ago in an already long Afghan war. He watched as the war’s immediate post-9/11 inception morphed into years of grinding, inconclusive results.

He saw how quickly our widely supported punitive war (an accurate description but never used by U.S. government apologists) slipped into a busybody nation-building agenda, an open season for the ‘development community.’  The short-duration punitive blow, successfully unleashed in October 2001, quickly morphed into an open-ended laundry list. Each virtuous outcome and special cause found champions in congress or in influential Non-governmental Organizations (NGOs).

After the atrocity of September 11, the Afghan war was what we chose to make of it. The world understood the yearning for revenge. Many shared the sentiment. Support for the American attack registered across the globe, including countries touting an Islamic identity.

The swift unseating of the Taliban however quickly lapsed into an open-ended agenda. Mission creep set in. Many moments since the avenging invasion offered a chance to declare victory.

Very quickly a ‘forever’ course for the war congealed in place, in Washington and among the thieves pilfering our money. Few remembered an old adage, that our statecraft should ‘never let the best become enemy of the good’. Meanwhile, the list of admirable objectives grew—but without believable performance metrics. Congressional, NGO and special interest camp followers squabbled over big budgets trumpeting societal transformation in Afghanistan, a delusional goal in this brutally medieval place.

Whether it came down to a widening of women’s role in society, or an expansion of secular education, or the delivery of honest governance—Americans and their western coalition partners set about these tasks with initial gusto. Recurrent plans for suppressing the opium trade, for building (and then re-building) new roads, or for inculcating western media freedoms cohered into causes espoused by members of congress (not that many) and by some (not that many) of their constituents.

Nothing cohered. Mark saw clearly and early how a widely-supported punitive war had devolved into a delusional agenda, from which the western intervention could never free itself. Hence, an exemplary combat ‘mission’ became instead a checklist of worthy goals, none of which seemed remotely feasible. In short order, and despite some brief regional gains, the war slipped into stalemate, only a few years after foreign troops shot their way into the bleak landscape from which over the years the Afghans had seen off many a foreign invader.

Turning now to the conditional tense, I can safely surmise that Mark would have appreciated the irony that his own life’s end would coincide, almost to the day, with the death of America’s twenty-year delusion in Afghanistan.

While the operations of our military fascinated Mark, he had wide interests, especially in the Middle East. Ten years ago, we traveled together to Saudi Arabia. Prince Mohamed bin Nayef had invited a few of us to visit the Kingdom to meet Al Qaeda detainees recently released from Guantanamo.

I recommended that Mark join us, knowing that his background would surprise and please our hosts. At the turn of the last century, Mark had served as an informal adviser to Yasser Arafat. A few years later, he founded a political action group, ‘Veterans for Obama.’ And a book, Talking to Terrorists, followed closely behind that achievement, arguing forcefully that the people to whom we most needed to speak are our most venomous enemies.

Remembering this event-filled month, I thought again about Mark’s lifelong fascination with the U.S. military, conflating his relentless honesty (about the foolishness of the Afghan war) with his own departure, which came quickly after a diagnosis of lung cancer. In earlier years, other of his friends and I would occasionally berate him for his chain-smoking habit.

Perhaps he saw our warnings about what might happen to him as pointless. Like the inevitable end of Afghanistan’s ‘forever war’ itself, I think he faced his early departure (at age seventy) as a near-certainty with which it was useless to quibble. Writing now, as evacuations from Kabul continue without break, I also think he saw his own future as an inevitable fact which, with the same sense of settled certainty, also hung over our wars.

No more fact-checking was needed. “We’ve got to stop doing this,“ he told me when we last spoke by phone about the long 2001-2021 war. “We seem to think we have limitless resources, patience, and war-fighting inventiveness. Well, we don’t.”

A former US deputy assistant secretary of defense, James Clad is finishing a book about the Anglo-American occupation of Iraq.