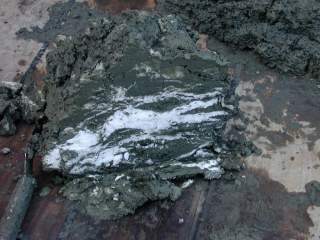 The future of renewables is clearly linked to the future of natural gas, which in turn is linked to the ability of all stakeholders to reduce its environmental footprint—especially fugitive methane emissions. We are now in the fourth year of a heated debate between the U.S. Environmental Protection Agency (EPA), industry, and environmental interest groups. Some experts argue that fugitive methane emissions have, or will soon have, a greater impact than coal burning, since a unit of methane has the impact of at least 25 units of carbon dioxide. Industry officials agree that methane leakage is a problem, but argue we should trust companies to fix this problem, since methane is a commercial product with market value. They contend that more government regulation is not the answer.

Who should we believe? Not surprisingly, the emission problem is more complex than what is depicted in the popular media. First, it is not limited to fracking. Gas processing facilities and transportation and distribution systems can also be major sources, as well as abandoned wells and even oil facilities. Second, the amount of methane leakage differs from one facility to the next and from one location to another. Third, technology to identify, measure and monitor leakage is still being developed. However, the technology to dramatically reduce leakage is available and is relatively inexpensive.

If methane has a commercial value, why not let market forces nudge the hundreds of gas producers, transporters and distributors to eliminate the emissions? Alan Krupnick, an economist at Resources for the Future, points out: “some types of leaks are cheap to fix relative to their value and others are more expensive.” Further what is easily affordable for one company may be less affordable to another. Without government intervention only some of the emissions will be reduced by some of the companies.

Couldn’t this be sufficient? The answer is no. In a climate-constrained world, renewable energy sources will play a more important role. But renewables depend on the sun shining and the wind blowing, and we know that only happens a certain number of hours per day. Hydro-electricity can fill in the gaps, but many areas are not endowed with plentiful hydro facilities. Most areas will have to use fossil fueled power generation when the sun and wind are not sufficient. Natural gas will be the fuel of choice—but only if there is widespread agreement that greater use will lower greenhouse gas emissions. Further, limiting regulatory responses to new sources will not affect emissions from existing sources, which are the cause of today’s problem. So the stakes are high.

Second, admittedly there is uncertainty about where exactly the emissions are greatest and about the ultimate potential of voluntary reductions. But uncertainty is not a reason to do nothing.  Common sense tells us that if the damage function is large, insuring against that damage through regulation or using market incentives to reduce emissions is a prudent step.

The argument that we have too much government regulation may be true. But that does not mean that the government should avoid needed regulation because there may be unneeded regulation elsewhere. A more reasonable response might be to review and cull out regulations that may be duplicative, redundant or antiquated, but proceed with needed regulation. If there are two problems—too many regulations handcuffing industry and too great a volume of fugitive methane emissions—solve each separately. Doing so will not be simple—since effective policy will inevitably be a mixture of federal and state regulation, and where practicable, market incentives.

Cooperation between stakeholders and all levels of government to significantly limit fugitive methane is a win-win opportunity to reduce greenhouse gas emissions, remove investment uncertainties, and allow the United States to transition to a lower carbon future.

Henry Lee is director of the Environment and Natural Resources Program at Harvard Kennedy School’s Belfer Center for Science and International Affairs.