May's Conservatives May Take a Hit at the Polls 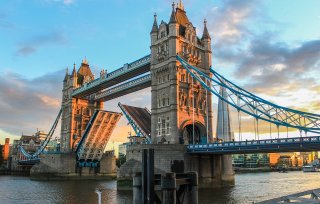 British prime minister Theresa May has called a snap election for June 8. This is a strategic move on her part. Polls show that her Conservative Party is well ahead of the political competition. Her party’s main opposition, the Labour Party, has been riven by considerable infighting under the leadership of Jeremy Corbyn. Moreover, the Scottish Nationalist Party (SNP), the dominant force in Scotland, has now been served up a challenge on how much support it has for a second independence referendum. The Conservative leader should win the election, but public moods can change and Brexit will be the dominant issue.

The next election was not scheduled to take place until 2020. Consequently, Prime Minister May will require two-thirds support in a vote in the House of Commons. She is likely to get this as Labour leader Corbyn stated he welcomed the decision “to give the British people the chance to vote for a government that will put the interests of the majority first.” Members of the Conservative Party and Labour Party makeup 559 of the 650 seats in the House of Commons, which should be more than enough to reach the required two-thirds threshold.

The Conservatives will campaign on solid economic management, but its main focus will remain on Brexit. May wants a reaffirmation of popular support mandate for her to “get on with the job” of implementing the people’s decision in last year's referendum. A big victory can give her more room to take a hard line with the EU. In-depth negotiations are expected to begin following the June election.

At the start of the campaign, the Conservatives operated from a position of strength because they had carried through the people's will in triggering Article 50, which officially starts the countdown to Britain leaving the EU. The latest YouGov survey shows that the Conservatives have a substantial 21 percent lead over Labour. Moreover, the Conservatives won an important by-election in February, the first to be won by a sitting British government in thirty-five years.

Labour faces the new election with major challenges. The last election was a disaster for the party, and since then Corbyn’s leadership has taken Labour further leftwards. During the Brexit vote, the Labour leader was criticized for being lukewarm in his support to remain in the EU. Additionally, Corbyn faced a vote of no confidence in 2016 from angry moderates. Although he handily defeated the challenge, the situation has left him at odds with the moderate wing of his party.

The Labour Party’s platform includes the re-nationalization of railways, rent controls, the creation of a National Education Service that will see free schools and state-funded academies return to local authority control, the creation of a National Investment Bank to control and direct £500 billion in infrastructure and industries of future investment, and raise taxes on the wealthy and corporations. Most recently, the Labour platform has added free school meals for primary school pupils, a £10-an-hour minimum wage and higher allowances for carers.

Boiled down into its essence, Labour stands for a considerably expanded return of the state into the economy and society, an almost cradle to grave form of socialism, which would be partially paid for by large tax hikes and probably borrowing. In many ways it is a return to some of the bad ideas that abounded in Labour during its governments in the mid- and late-1970s, which culminated in the infamous Winter of Discontent in 1978–1979 and the rise of Conservative Margaret Thatcher.

As for Brexit, Corbyn has indicated that he favors “a Brexit that works for all.” What exactly that means will no doubt be fleshed out during the campaign. Nonetheless, Corbyn and Labour have difficulty with the Brexit issue given that support for departure from the EU was the strongest in many of their voting districts. Opposition to Brexit could see Labour support fall further.

As for the other parties, the Liberal Democrats and SNP will fight against a hard Brexit. The UK Independence Party will obviously support a hard Brexit, though much of its base is likely to be supportive of the Conservatives, especially if May pushes the idea of a hard Brexit.

The election is not without risks for the Conservatives. These are trying times for the UK and considerable uncertainty sits on the political and economic horizons. On the political side, around half of the UK population does not favor Brexit and pro-EU Scotland, where the local parliament is under the control of the SNP, is likely to hold another referendum on remaining in the United Kingdom. At the same time, a victory at the polls would consolidate May’s position at the helm of both the Conservatives and the country. She only came into office after former prime minister David Cameron resigned in the aftermath of the Brexit referendum in June 2016.

Prime Minister May and her Conservative Party should win (based on polls and Labour disharmony), but elections over the past year or so have not gone according to plan. Brexit was a good example of that. There are some variables that could complicate a Conservative romp. For example, Brexit second thoughts could play to Labour, the Liberal Democrats and the Scottish Nationalists. There is also the possibility that the Conservative campaign could stumble or that the economy could sour more rapidly than expected. Although the Conservatives should triumph, this election many not be as straightforward a venture as many expect.