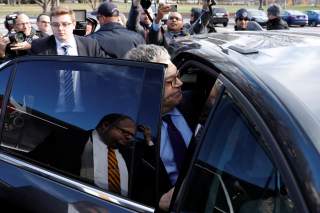 I started studying the American society sixty years ago, when I was appointed as an assistant professor at Columbia University. In all the years since, I have never seen anything like what I have been witnessing recently—and I am not referring to President Trump. I’m referring to the speed and sweep and effect of moral dialogues about sexual harassment. I studied such dialogues for decades; none of them moved nearly as fast, and none have been as effective as an agent of change in the short run—as the dialogue that was triggered on October 5, 2017, when the New York Times published a report about sexual abuses by Harvey Weinstein.

Moral dialogues are social processes through which people form new shared moral understandings. They take place not only in families and small communities, but also on a national (and sometimes international) level. A “moral brief” often serves as the starting point for a moral dialogue. The moral brief critiques the status quo moral culture and proposes a new shared understanding. For example, Rachel Carson’s book Silent Spring served as a moral brief for the environmental protection movement, Betty Friedan’s Feminine Mystique for the women’s movement, and Martin Luther King’s speeches for the civil rights movement.

Once a moral dialogue takes off, it becomes the subject of extensive discussion in personal settings—over dinner, in bars, at places of worship. These discussions are then amplified by the national media, in call-in shows, panel discussions on TV, and on social media. When moral dialogues reach a successful conclusion, the result is a new shared understanding—one that involves changes in norms, values and attitudes.

Furthermore, new shared moral understandings lead to voluntary changes of behavior. People stop throwing trash out of their car windows and start recycling; they seek to increase women and minority representation in public meetings, elected posts and corporate offices; they stop smoking in public and pick up after their dogs.

New shared moral understandings also lead to new laws and regulations. Nixon formed the Environmental Protection Agency in the wake of the environmental movement. The civil rights movement made many forms of racial discrimination illegal. Title Nine was a gain of the women’s movement.

After decades of occasional bursts of moral dialogues about gay marriage, which were inconclusive, in recent years the dialogues on this subject intensified. Thus, while in 1996 President Clinton signed the Defense of Marriage Act, defining marriage as the union of one man and one woman, and ten years ago President Obama was still reluctant to support gay marriage—in 2015 the Robert’s Supreme Court recognized a constitutional right to same-sex marriage. During this timeframe, public opinion polls reveal a shift in the majority viewpoint from opposition to same-sex marriage to support.

The current moral dialogue on sexual harassment led, in only a matter of months, to a new shared understanding that it is morally offensive for a person to coerce another into sex, or to contribute to a culture that tolerates inappropriate advances or to protect those who make them. This consensus has already led to the firing or retiring of prominent figures in many walks of life, putting all others on notice: they must reflect upon and improve their conduct. The House of Representatives passed a bill that prohibits members of Congress from having sex with their employees and requires them to use their own funds rather than taxpayer money for settlement payments. Many corporations and voluntary agencies have introduced a zero tolerance policy for sexual harassment.

The new shared understanding will not end sexual abuse. Such dialogues do introduce major improvements but always leave room for more reforms. They often also overshoot in some parts—for instance, lumping behavior that is ambiguous (e.g. ogling) with sexual abuse. And they often engender some backlash. However, they do usher in significant changes in norms, behavior and law—but never so swiftly as the current wave against sexual harassment. (For much more extensive discussion of moral dialogues, see the recently published book Happiness is the Wrong Metric.)

Amitai Etzioni is a University Professor at The George Washington University and most recently the author of Happiness is the Wrong Metric. For more information, see his discussion on “moral wrestling.” Follow his work on Twitter, Facebook, and YouTube.