Mexico and Argentina: A Tale of Two Countries 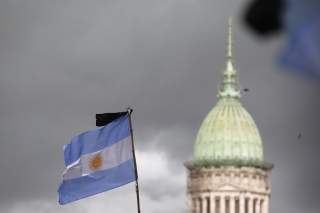 The two premiere writers of Mexico and Argentina, Octavio Paz and Jorge Luis Borges, had an uneasy relationship with their respective homelands. Despite having worked as a civil servant and diplomat for the Mexican government, Paz became a formidable critic of the twentieth-century Mexican political regime, which the Peruvian writer, Mario Vargas Llosa, famously called the perfect dictatorship. As for Borges, although he has written several of the best lines of love for Argentina, he did not share many of the cultural traits upheld by his compatriots. In particular, he was not shy to excoriate Peronism, a political movement which he regarded as both vulgar and authoritarian.

Mexico and Argentina should be seen as strategically relevant for the United States because of their regional hegemony in the southern part of the Western Hemisphere. According to the Dutch political scientist, Nicholas John Spykman, the United States became a worldwide hegemon in the twentieth century by first taking control of what he calls the “American Mediterranean.”

The Caribbean divides the Western Hemisphere into two geographically different regions. Among the three largest Latin American nations in the area north of the Amazonian jungle, Mexico continues to be the most politically and economically stable. As for the area south of the Ecuadorian tropical rainforest, Brazil and Argentina have historically shared hegemony in the region. For most of the last twenty years, the relations between the two South American nations have mostly been cordial, as left-wing quasi-populist leaderships in each country were able to forge a bilateral relation founded on mutual interests. This may no longer be the case. Last year Brazilians elected the right-wing populist, Jair Bolsonaro, as president, whereas later this year the victory of left-wing Peronism in Argentina is nearly unavoidable. Ideologically speaking, Brazil and Argentina will likely become rivals rather than partners.

The victories in Mexico and Argentina of left-wing populist regimes would probably have the effect of weakening Brazil, even as the Bolivarian project in the Caribbean and the Andes seems to be brought back to life. It is important to bear in mind the glaring fact that between the new Mexican populism and Argentine Peronism exist elective affinities. Some of President Manuel Lopez Obrador’s (AMLO) economic and political advisors were influential in Peronist political circles during the Kirchner administrations. And although both Argentina’s and Mexico’s regimes face the enormous challenge of dealing with anemic economies, they will likely establish a mutually beneficial alliance with the Bolivarian sphere, which would remain geopolitically strategic for both nations.

In Mexico, the election of AMLO represents a seismic change in Mexican politics. Geopolitically, this means that AMLO would seek to turn his attention to southern Mexico—and thus to the Caribbean—where he attempts to implement a multimillion-dollar plan for development. By the same token and in coordination with the Trump administration, Mexico is about to claim pent up influence in Central America.

Argentine political development chiefly reflects a crisis of classical liberalism. Drawing on Alberdian liberalism, an outgrowth of Argentine political experience during the onset of the cold war, Argentinian president Mauricio Macri conceived a foreign policy that aims at allowing Brazil, The United States and China—the chief powers—to check each other. With the United States, the Macri administration has been cooperative by supporting American positions within international organizations regarding nuclear proliferation, even as Argentina did not support the American decision to move the U.S. embassy from Tel Aviv to Jerusalem.

The Argentine government has also been a willing partner in combating terrorism and narcotraffic in South America. And although the Trump administration raised tariffs to Argentine strategic exports of biodiesel, the U.S. government opened up the American market to Argentine exports of pork, as a result of Vice President Mike Pence’s visit to Argentina in 2017. Macri’s foreign policy has not been able to contribute to Argentine stability and security because the government committed serious mistakes regarding the economy. Macri defeated the Peronistas in 2015 by promising to end deep-seated corruption on the part of the Kirchner government, decrease the high inflation rate of 25 percent, and set Argentina on a path of economic growth. But although Macri’s government strategy of economic liberalism was applauded by domestic and foreign investors, it could not succeed because neither inflation could be put under control nor sovereign debt decreased. Argentines showed their disappointment with Macri’s administration by casting their votes in favor of the Peronist party, Frente de Todos, headed by Alberto Fernandez and Kristina Kirchner, in the primaries. International markets, however, were not pleased with the prospect of a new Peronist government, which is seen as having a spendthrift reputation, and mounted an attack against Argentine assets that led Argentina’s stock market, the Merval, to fall by 37 percent, the second-biggest drop in the world since 1950. Without many alternatives, Macri presented a $540 million stimulus package of tax cuts, price freezes, and higher benefit payments hoping it would foster economic growth and placate social unrest. Argentines responded by getting rid of national currency and buying American dollars forcing the Macri administration to impose currency controls to rein in an economic crisis.

Mexican political developments likewise reflect the neoliberal crisis, mostly due to stalled economic growth. A report issued by Deloitte is not sanguine about Mexico’s economic prospects in the aftermath of AMLO’s arrival at the Mexican presidency. The accounting firm set Mexican growth at 1.4 percent for 2019, while other estimates held that Mexico will not grow this year at all. This would certainly be a step backward in comparison to growth rates averaging two percent over the last decade. The reasons behind this lack of growth have chiefly to do with the investment community’s lack of confidence in AMLO’s unorthodox economic plans. Moreover, the new Mexican government ought to meet a series of daunting challenges—from cracking down on narcotraffic organizations to taking head-on high ancestral levels of corruption. When it comes to foreign policy, AMLO’s overriding priority is certainly to sign a new trilateral free-trade agreement with the United States and Canada, even as the Mexican government is harshly restricting crossings of people from Central America into the country as a token of goodwill to the Trump administration.

It is safe to say that Argentina’s and Mexico’s relations with the United States will impact the latter’s competition with China. Reluctance on the part of the Trump administration or of a new Democratic administration to sign a free trade agreement might lead the Mexican government to turn to China’s aid for investment and trade. Unlike most of the countries in the region, which have a semi-colonial model where they export raw materials and import industrial goods from China, Mexico’s trade balance with China consists chiefly of manufactured goods going back and forth. Furthermore, China has always coveted the Mexican energy market and it could take advantage of America’s withdrawal from the region to finally penetrate Mexican’s oil and gas sector, even as Mexico is struggling to increase its dwindling oil production.

The triumph of López Obrador in Mexico and the equivocations of the United States in signing a trade agreement run the risk of bolstering China’s strategic position in the Western Hemisphere.

Three scenarios seem possible. The triumph of the progressive wing of the Democratic Party in 2020 will put the American government in political and ideological tune with the Latin American wave of left-wing populism that is rocking the region. Alternatively, a victory of a more mainstream politician such as Joe Biden would probably mean that Latin American populist regimes would find themselves at odds with the American government’s political philosophy. In the case where Trump wins, he might try to establish a pragmatic approach to the region while forging a political alliance with a weakened network of right-wing regimes headed by Brazil.

In the meantime, China has signed strategic partnerships (战略伙伴关系, Zhanlue Houban Guanxi) with various countries in the region, including the three largest economies (Mexico, Brazil, and Argentina). With permanent observer status in the OAS and the IDB, China has become a powerful stakeholder in Western hemispheric affairs. Since 2008, when the Chinese government published its first policy paper on Latin America, China has become aware of the economic and political-strategic importance of Latin America.

The IMF’s reluctance to channel more necessary loans to Argentina might lead the next government to resort to China for economic help. It is well known that Kristina Fernandez, the lady Macbeth of Argentine politics and future vice president, has always wanted to entice Chinese investments and credits to improve Argentina’s economy. But this time China has leverage on what is called the fourth industrial revolution and has worldwide leadership in the strategic industry based on artificial intelligence. China can help countries such as Mexico and Argentina develop their 5G technology and artificial intelligence infrastructure. As a result, Silicon Valley behemoths might suffer a daunting defeat by Beijing’s Zhongguancun (conglomerates) in the Western Hemisphere. Even today, Didi, the Chinese app-based transportation company, is forcing Uber to face fierce competition in the Mexican market.

The Latin American shift towards China seems to take place at the time when China’s Central Committee will hold its first meeting in many months to discuss how to streamline China’s political and economic affairs. China seems poised to leverage its position in Latin America, a region in which they have been busy forging cultural bonds through clever public diplomacy anchored in a series of cultural hubs call Institutos Confucio, where Latin American youth is falling in love with Chinese culture and language.