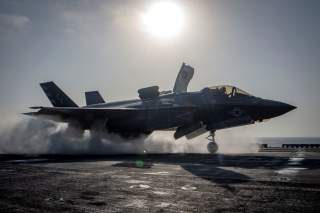 This past year was eventful for policymakers who believe the United States needs to do more to prepare for great power competition with Russia and set the stage for 2019 as a moment where critical progress must occur with regard to implementing budgets and policies with regard to Russian malfeasance. The 2018 National Defense Strategy (NDS) clearly articulated the top priority the Trump administration placed on handling the challenges mounted by near-peer competitors. The budget deal agreed to in March 2018 reset the baseline for defense funding at 3.5 percent of GDP and provided two years of significantly increased funding over Fiscal Year (FY) 2017 levels. These efforts, along with some other modest policy actions by the Trump administration in 2018, reflected a renewed concern for the threat Russia presents the United States and its NATO allies in Eastern Europe. There are a number of actions still needed to be taken that would demonstrate that the administration is committed to countering the threat posed by Russia and is willing to realign its force posture and Service budgets to achieve this strategic objective. These actions would serve to emphasize U.S. efforts to deter Russia from attempting malfeasance in Eastern Europe and, if deterrence fails, enhance U.S. ability to rapidly defeat any Russian provocations that occur.

In statements before Congress and in the public, then Secretary of Defense James Mattis emphasized that Russia is the proximate near-peer challenger, stating that “In terms of just power, I think it is Russia that we have to look at and address.” It is logical to look at Russian actions in Georgia, Ukraine and Syria and see that Russia is much more the ‘door-step’ challenge for the United States and its allies, and that the other near-peer competitor, China, represents the long-term pacing threat.

With this new emphasis on great power competition and a budget compromise that provided nearly $96 billion more (over two years) than the final Obama administration budget, one might have expected that the Defense Department would be well on the way to realigning force structure for the Russia challenge. In reality, the FY 2018 budget was prepared by the military services well before the NDS was drafted and in FY 2019 the military services (who execute the bulk of budgetary implementation) were largely working without new strategic guidance that would impact ongoing procurement guidance; and in fact contracts and acquisitions already “in motion” stayed “in motion” no matter their strategic relevance. Clearly, numerous systems and weapons were purchased in the FY 2018 and 2019 budgets that have significant relevance in potential conflicts with Russia or China, but this was a result of decisions and guidance made prior to the 2018 NDS.

It will be the FY 2020 budget, and the operational and posture decisions that frame and enable that budget, that will be the best indication that the strategic guidance of the NDS has “taken hold” in the Pentagon. To fully anticipate the budgetary, posture and operational decisions that should emerge from the Pentagon in 2019, it is necessary to first describe the “near-peer competitor” threat Russia poses to the United States and its allies.

Russia’s intervention in Syria and illegal occupation of Crimea and Eastern Ukraine present foreign policy challenges that should be addressed, but do not reflect the strategic challenge from Russia that the NDS is concerned with. The U.S. defense establishment is charged with ensuring the joint force is prepared for the most complex and risky conflicts, and against that standard the most pressing Russian threat is to the United States’ ability to credibly lead a NATO response to an incursion against a NATO ally, with emphasis on a Baltic state or Poland.

Surprisingly, this is a challenge for which the U.S. joint force is not prepared. Recent unclassified assessments have gone so far as to state that in a Russia invasion of the Baltics “NATO cannot successfully defend the territory of its most exposed members” and that “U.S. forces could, under plausible assumptions, lose the next war they are called upon to fight.” In a Baltic scenario it is likely that Russia could achieve an occupation of Estonia or Latvia in only a few days and leave NATO with no good, or easy, choices about how to dislodge Russia from territory that is has rapidly incorporated “back” into Russia and thus may fall under the Russian nuclear umbrella.

Despite significantly smaller defense budgets for the three decades following the end of the Cold War (which averaged about 10 percent of the U.S. defense budgets), the Russians have managed to establish or maintain numerous important asymmetric advantages over the West. Russia’s strategic advantage rests on two issues, geography and a commitment to land power. The geographical condition is clear—Russia immediately borders Estonia and Latvia, and even Lithuania and Poland (through its exclave, Kaliningrad). The land power “overmatch” against the West has come about due to both Russian investments in specific high end warfighting systems that enhance their capabilities and a U.S. decision to take risk in many of these same high-end systems as the strategic focus shifted to fighting less capable adversaries in the Middle East.

Specific Russian efforts in the years following the collapse of the Soviet Union allowed them to maintain, and in recent years significantly improve, their capabilities in armor, artillery, air defense, long range precision strike (to include cruise and ballistic missiles), electronic warfare, and some aspects of air power, undersea warfare and operational logistics. Not coincidentally these are the key elements necessary for successful offensive operations in the Baltics or the Suvlaki Gap (area between Poland and Kaliningrad).

For example, Russia invested heavily in cruise missile programs, with numerous air, ship and ground launched versions of high speed, long range weapons in production. By most meaningful attributes: cruise speed, warhead size, range, terminal maneuver and variety of launch platforms the Russians are the world’s leader in cruise missile defense development. This aligns with a glaring U.S. shortfall in land based cruise missile defense. As a result, Russia is able to attack U.S. and NATO air bases, prepositioned stocks and logistics hubs with impunity.

In 2014 Russia tested (and demonstrated to others) its renewed combined arms capability during combat operations in Ukraine. Russia demonstrated massed artillery (destroying two Ukrainian battalions thru a mix of mass and thermobaric artillery fire), integrated air defense and electronic warfare, the new T-90 tank with anti-armor capabilities and massive UAV usage. Russian performance was a surprise to the United States and NATO and a sharp signal that they needed to make significant investments to achieve overmatch versus Russian ground forces.

Given the size of the U.S. defense budgets and the impressive advancements in many areas of U.S. military technology over the past thirty years (stealth aircraft, quiet submarines, equipping of special operators, ballistic missile defense systems, etc.), the inability to keep pace with Russian developments on a shoestring budget might seem shocking. Not surprisingly, the causes are multiple.

The U.S. joint force, and particularly the Army, was distracted by its responsibilities in the Middle East. The force structure required to fight and win in Afghanistan and Iraq did not include massed long-range artillery, ground based air defense, integrated electronic warfare or large scale armor operations. As a result these mission sets and systems were not prioritized. Compounding this neglect, a number of the “high end” U.S. Army programs that were pursued, failed, to include Crusader (artillery), Future Combat System (everything), Comanche (helicopter) and SLAMRAAM (air defense). Consequently, most of the principal systems that the U.S. Army would use today in a conflict with Russia, such as the Abrams (tank), Paladin (artillery), Apache (helicopter), Avenger (air defense), J-STARS (battlefield management), and ATACMS (long-range artillery), were developed in the 1970s and fielded in the 1980s as part for the Air-Land Battle plan designed to counter the Soviet Union.

These equipment shortfalls were matched with posture reductions as part of an effort by the United States to reduce its footprint in Europe from the 1990s until the invasion of Crimea in 2014, resulting in dramatically reduced U.S. fighting forces stationed in Europe. For example, over the past thirty years the number of U.S. ground forces stationed in Europe reduced from three hundred thousand to thirty thousand, the combat arms units reduced from two Army corps to two Army brigades and the number of air force fighter squadrons dropped from thirty to six. This U.S. reduction was subsequently mirrored by reductions in the capability, capacity and readiness of our NATO allies’ high end fighting forces. Equally impactful was the reduction in the storage of prepositioned U.S. force structure (armored vehicles, artillery) and munitions in Europe for U.S.-based forces to fly over and marry up with; the reduction in U.S. strategic lift capacity (both airlift and sealift); and the elimination of the recurring mobility exercises (i.e. Return of Forces to Europe or “Reforger” series) that demonstrate the U.S. ability to credibly meet its security guarantees.

This combination of Russian investment in its high end land warfare capability, along with the obvious U.S. strategic distraction has created a serious challenge for the United States in executing the NDS in Europe. However, there are a series of actions that, if taken, in 2019 would significantly strengthen U.S. efforts to deter the Russian threat, restore the credibility of U.S. defense guarantees to NATO and provide assurance to allies. Many of these actions can be addressed within the FY 2020 Defense budget submission which is due to the Congress in February. A strategically informed budget should include guidance that directs the military services to expedite delivery of specific systems and weapons to the Joint force that are key to winning the high end fight with Russia. Such a budget necessarily will also include guidance that curtails or terminates systems that are not critical to the high end fight. It will also advance posture decisions that place additional command elements, fighting forces and prepositioned stocks in Europe; and reestablish exercises that demonstrate U.S. strategic mobility and political resolve.