Missile Defense: A Way Forward in the Gulf 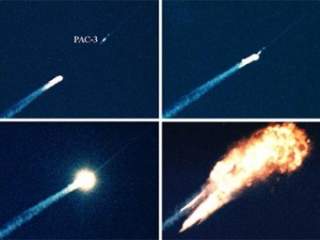 Military relations between the United States and her partners in the Arabian Peninsula appear to be at a historic low. Two former Saudi ambassadors to the United States—Prince Bandar bin Sultan and Prince Turki al-Faisal—have explicitly stated the view that the U.S. has been duplicitous over negotiations with Iran and Syria, and accuse the United States of withdrawing critical security support from long-time Gulf allies at a moment of extreme danger.

The Saudis and other partners feel the United States either doesn’t recognize the nature of the Iranian threat, or has decided to swap Arab chess pieces for Persian ones and will walk away from a series of decades-old security commitments.

There is, however, one bright spot in this story—the Gulf Cooperation Council (GCC) states of Kuwait, Bahrain, Qatar, Saudi Arabia, the United Arab Emirates and Oman are finally moving towards developing their own integrated missile-defense systems. The United States, which had been urging the GCC countries to develop an integrated system, has paradoxically only seen progress on this elusive goal when the GCC countries decided the United States was a fickle and unreliable ally.

For years, the United States had been trying, with little success, to push and prod the GCC members to develop a networked, layered defense of key strategic assets in their countries as a deterrent to Iranian missile attacks. The GCC countries, however, have a profound internal rivalry which has inhibited all but the most basic levels of defense cooperation.

Instead of building an integrated missile-defense architecture, they had decided instead to pursue what Pentagon insiders call “bilateral multilateralism.” This Orwellian euphemism meant individual GCC members chose to rely upon their ties with the United States for missile defense. In some instances, as with Bahrain, Qatar and Oman, they rely exclusively on the United States and have no indigenous missile-defense systems. Saudi Arabia, Kuwait and the UAE have purchased American systems to defend themselves, but again rely on US assets to spot missile launches and perhaps interdict Iranian missiles during their boost phase.

Secretary of Defense Chuck Hagel put missile defense front and center at the same time as the GCC nations were most skeptical of American intentions. At the Manama Dialogue on December 7, Secretary Hagel announced his intention to hold a ministerial level meeting this spring with the GCC defense ministers, and to put missile defense front and center on the agenda for that meeting. At the same time, defense-industry insiders were noting increased interest among GCC states in missile-defense systems such as latest-generation Patriot missiles, Theater High Altitude Air Defense (THAAD) systems, and improved air-defense systems such as the Raytheon-Norwegian system just announced for Oman.

These efforts all contribute to deterrence. In this instance, the nation being deterred is Iran, which continues to develop and field new missiles at a breakneck pace. The beauty of missile defense as a deterrent system is that it doesn’t really matter if the defense systems are multilateral among GCC states or bilateral with the United States. Either way, Iranians will have to give pause before launching a missile strike, or even threatening to do so.

The United States will reap other benefits by leaning forward on missile defense in the Gulf. Gulf partners for years have been frustrated by our unwillingness to sell them the latest military technology, either because of concerns that the technology will be compromised, or because of concerns that Israel’s qualitative military edge will be eroded. Missile-defense technologies like Patriot and THAAD are already in Arab inventories, however, and has little potential for use against Israel or another friendly nation. At the same time, American willingness to share cutting-edge technology can help to repair the damage wrought by policy differences over the conflict in Syria and the Iranian rapprochement.

The GCC states know that they have no more capable or reliable security partner than the United States. They also are concerned by what they see as shifting priorities and a downgraded focus. By promoting the development of an active missile-defense architecture in the Middle East, we can both increase the security of our GCC partners, enhance our deep mutual ties, and deter Iranian adventurism. Patriot, THAAD and similar systems are perhaps our greatest assets in the Middle East. It’s time to use them to advance our broader security interests.